Thanks to the hard work of Liz Evans, Nova Layton and a small cast of other Ivano’s Ristorante Italiano characters, Jim Lippi’s glass remains full.

After the iconic eatery — a local institution for nearly 40 years — announced the closure of its First Avenue location in early November, it appeared that Ivano’s would be counted among the relics of Old Sandpoint.

Two months have passed since the restaurant closed its doors; but, as of Jan. 13, the name will live on in the form of Ivano’s Catering — a catering and takeout business operating out of the Ponderay Events Center. 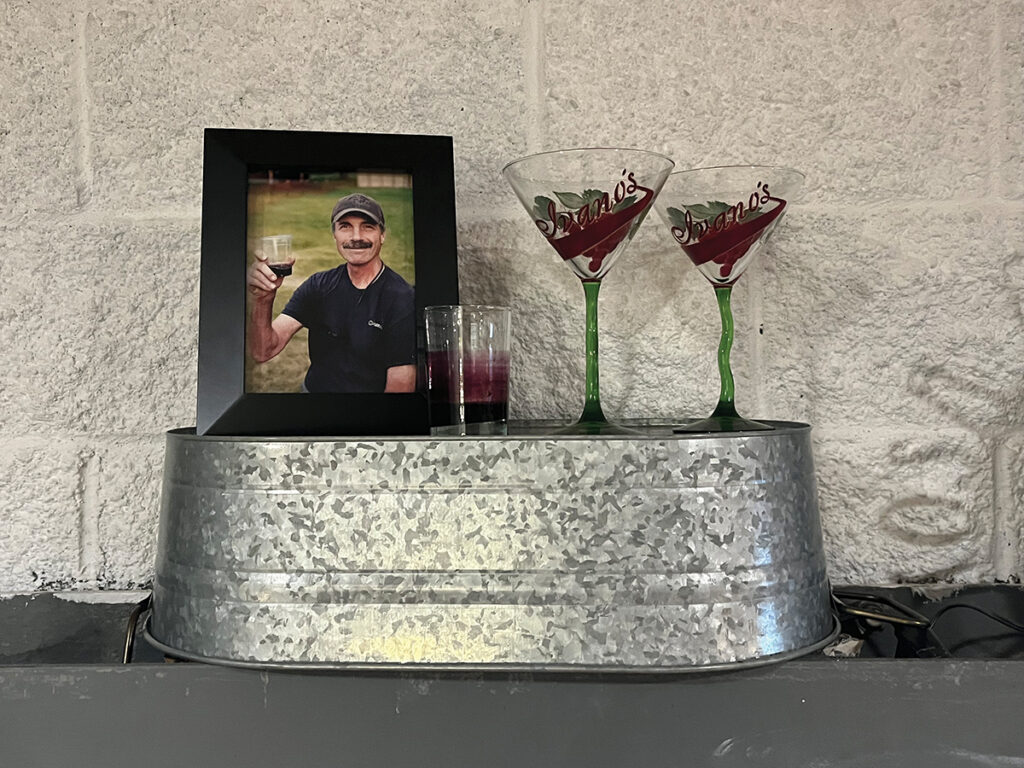 A memorial for Jim Lippi with a perpetual glass of wine before it. Photo by Lyndsie Kiebert-Carey.

“We could have renamed it. We could have gone in a completely different direction … but it’s holding up Jim’s legacy,” Layton said, referring to Ivano’s founder Jim Lippi, who passed away in 2016. “That was the whole point.”

“We both had the privilege and the honor of working with Jim,” Evans added.

It takes a single conversation with Evans and Layton to understand the mutual respect they have for Ivano’s as an institution, and for one another. Evans has worked with Ivano’s since 2001, when she provided cakes and other baked goods for the restaurant’s catered events through her then-business Pine Street Bakery. After she sold the bakery in 2013, Evans found herself continuing to help Ivano’s with catering.

“I went there one summer to help him with an event and never left,” Evans said with a laugh, recalling helping Lippi with a wedding held in Hope.

As for Layton, Ivano’s was her first job in 2013. Though she took a break when her daughter was born and even forayed into other lines of work, she found herself coming back to 102 S. First Ave.

“I just remember how much I liked being there,” she said. “The warmth.”

The pair have been hard at work bringing that warmth to their new location in Suite S of the Ponderay Events Center. The entryway features several luscious green plants, a wooden bench and pillows embroidered with wine bottles. Other Easter eggs pepper the actual catering space — a giant green jug full of corks, Evans’ purple Ivano’s trucker hat. Each item serves as an ode to the old Ivano’s — including the framed photo of Lippi next to a small glass of red wine.

“It’s exciting. It’s exciting every day,” Evans said, standing beneath Jim’s glass, tucked on a mantle in the entryway. “There’s been a couple of sleepless nights.” 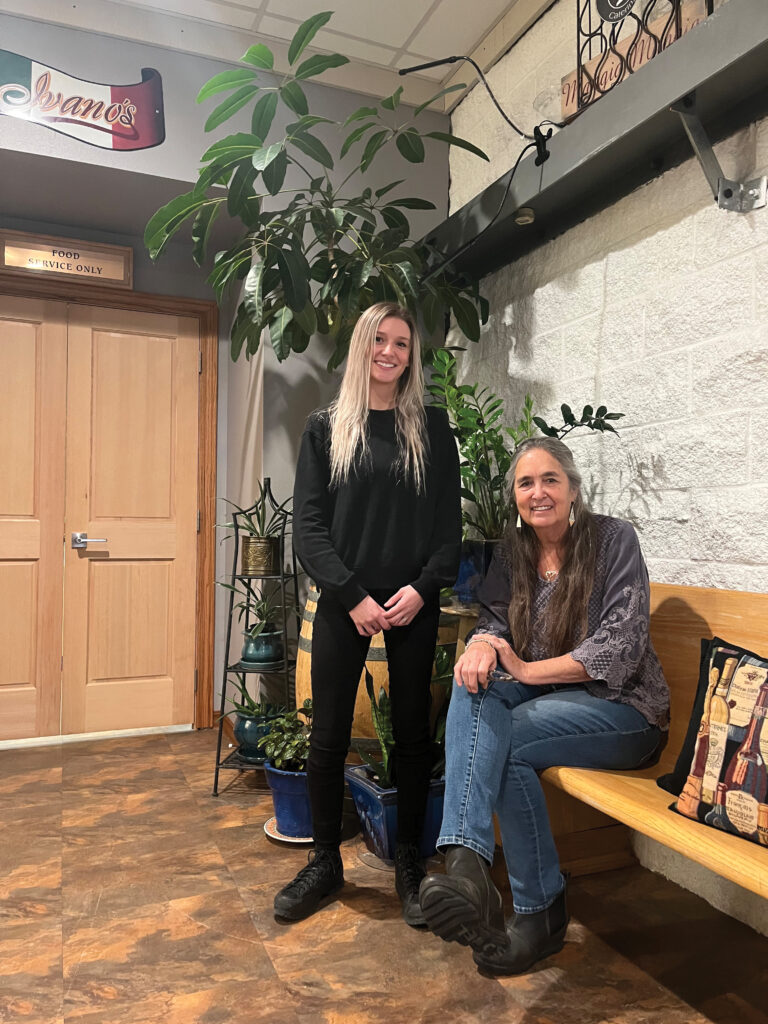 Ivano’s Catering is offering an array of lasagnas, pastas, dressings, sauces, desserts and other special order items through both its traditional catering services and new take-out operations. Take-out customers are asked to order food 48 hours in advance to be picked up hot, frozen or take-and-bake style. The menu can be found on the business’ Facebook page under “Ivanos Catering.”

Helping Evans and Layton in this new endeavor is chef Carl Agazzi — who taught Lippi to cook 37 years ago, according to Evans — and baker Kris Mills.

“There are other key players that didn’t come with us for other reasons that we will dearly miss,” Evans said. “We still love them.”

Ivano’s Catering is currently holding office hours Tuesday-Thursday from 8:30-11 a.m. Take-out pick-up hours are Tuesday-Friday from 3:45-6:15 p.m., with the ability to make appointments outside of those hours if necessary.

As the phone calls start to roll in and Ivano’s Catering gears up for a Valentine’s weekend dinner-for-two special, Evans and Layton are both thankful for the opportunity to keep a well-loved North Idaho establishment cooking — both for the people eating the food, and for the people behind it.