Parents, by and large, want their kids to be better than them in all the ways that they lack; and, already, mine are my betters in more areas than they should be at their ages. My daughter, 6, is funnier than me, dresses better, is a better artist and generally seems to “get it” more than I ever have. You can get nothing past my daughter. Meanwhile my son, 9, has more heart and wisdom than any 50 adults I can think of. Nothing gets past that kid, either. I mean nothing: He knows the bounty on walleyes and how black holes work.

There were three things my wife and I wanted for our children: to have a sense of humor, to be kind and be able to play music (and a fourth thing, which I suppose overlaps with music, that is to understand a language other than English). 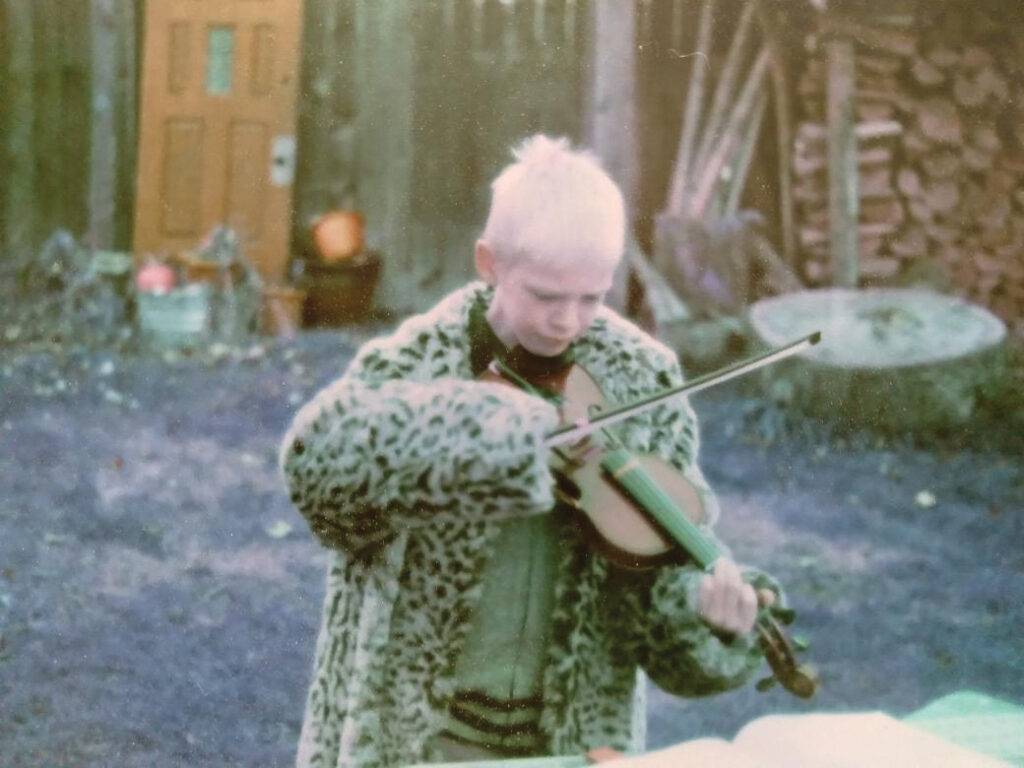 With Things No. 1 and 2 handled, No. 3 started in earnest about a year ago, when we enrolled my son in violin lessons at the Music Conservatory of Sandpoint. His education from Ms. Claudia has been a bright spot in an otherwise dismal year.

We have a piano at home and it is the quiet (though sometimes loud) center of our existence. We also have an accordion and a set of bagpipes, bongo drums, a musical saw, harmonicas and formerly a saxophone. Ours is a “musical household,” but until last year without stringed instruments — and, because I’ve been crushingly depressed for the past 18 or so months, not much piano, either.

When my son started his instruction in violin it was the first time he’d embarked on something I hadn’t already done, and so I couldn’t coach him in any meaningful way. I could talk about the importance of regular practice, how to navigate the feelings of defeat that come with sounding like crap and keeping your instrument in good order (meticulousness, in other words), but as for actually playing the thing, I didn’t have a clue. This skill is all his.

He has progressed well. He can read music (something I didn’t truly achieve until middle school) and knows how to play the melody to Beethoven’s “Ode to Joy,” that is, his ninth symphony, by memory.

I’m not saying my son is a prodigy — he grumbles and complains more often than not when it’s time for his daily practice, but he always does it and ultimately has something like love for his instrument. Anyone who plays knows what I’m talking about. It becomes a piece of you; the instrument itself takes on a personality, mostly a friend and sometimes a foe. It changes your brain, altering the cadence of your life. Hell, it gives cadence to your life, even and maybe especially when it’s frustrating.

Having this relationship at the age of 9, my son is a better musician than me. I didn’t start any sustained musical practice until a run at piano lessons (which I gave up on too quickly) and playing saxophone in the sixth-grade band. I kept up the latter through my sophomore year of college but drifted away. Meanwhile, I’ve returned to the piano in the past eight or so years, building on skills that really haven’t progressed much since I was 12 years old.

Still, I’ve always been terrible at practicing; my son already has more discipline than me and, frankly, his instrument of choice is far above my pay grade.

He also has an instrument that is far more beautiful than any I’ve ever owned — a violin given to him by his adopted auntie, local musician Samantha Carston, that she received from an employer who was parting with some possessions.

She took the instrument to Fiddlin’ Red for some restoration. He restrung it and tuned it, remarking that it had been created by someone who really knew what they were doing. We’re still trying to suss out just how old it is, though it bears some hallmarks that suggest 18th-century craftsmanship. During its apparently long life, the violin’s neck had to be repaired, and that, too, appears to have been accomplished by a highly skilled individual.

Lacking much concrete evidence of its provenance (other than that it belonged to Carston’s employer’s mother), I can tell you that it simply feels like an exquisite instrument. Something about the elegance of its lines, its feather-lightness and the resonance of its tone telegraphs that this is no ordinary violin — even the bow is a work of art, featuring real ebony and silver — and it smells really good.

Though it’s a little too big for my son, who plays on a violin rented from the conservatory, it fits me just fine and I try my best to learn a little and play along with him. He teaches me, which makes him a better player and me a better human being.

I suppose that’s the point of playing music in the first place — every aspect of the activity results in improvement. And I have to hand it to the Music Conservatory of Sandpoint, which itself is a real improvement to the community in general. Watching my son perform at recitals alongside other local students — all of them fantastically talented and obviously committed — gives me a good measure of much-needed hope and even inspiration.

We could all use more of that.