Home away from home

The 2020 film Minari, from South Korean writer/director Lee Isaac Chung, is a deft, affecting example of the notion that cultures are often best understood through the lens of those who wish to become a part of them.

This is always an important idea to explore — especially in a place like the United States, which simultaneously prides itself on being a “melting pot” and a monoculture. Minari is exceptionally timely, as it focuses on a family headed by South Korean immigrants as they strive toward the American dream in 1980s Arkansas. 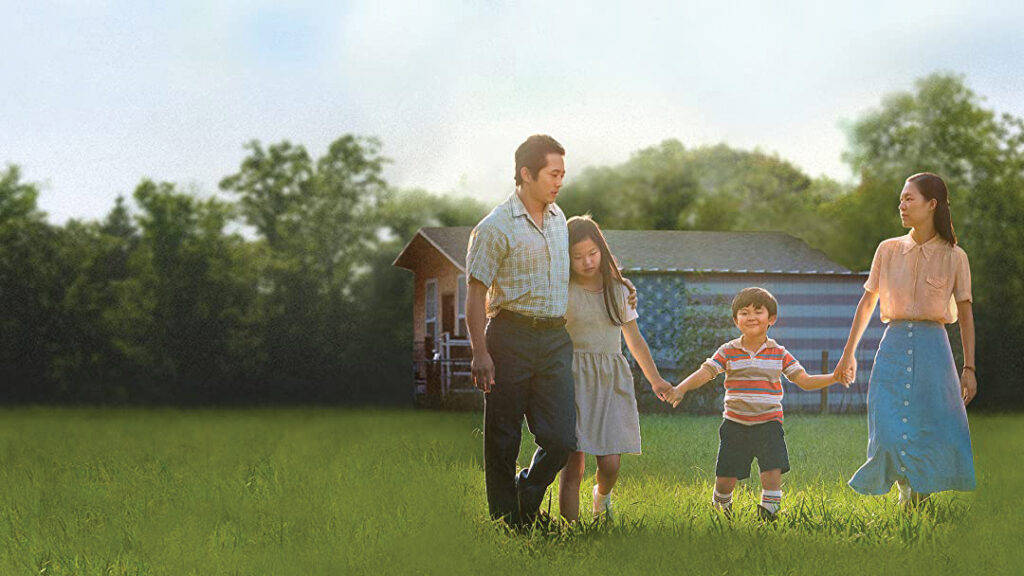 Critics fell in love with the film almost immediately after it premiered in early 2020 at the Sundance Film Festival, where it took the U.S. Grand Jury Prize and U.S. Dramatic Audience Award. Upon its general release in February 2021, Minari went on to win a Golden Globe for Best Foreign Language Film and picked up no fewer than six Oscar nods, including best picture, best director, best original score, best original screenplay, best actor and best supporting actress. Youn Yuh-jung took home the 2020 Academy Award for best supporting actress for her portrayal of Soon-ja, the 70-something matriarch whose daughter and son-in-law send for her from South Korean to live with them, making her the first Korean performer ever to win an Oscar for acting.

That’s a lot of buzz and audiences in Sandpoint will get a chance to see what it’s all about when Minari comes to the Panida Theater for a series of screenings Friday, June 4-Sunday, June 6.

In a tight hour and a half, the film centers on the story of Monica and Jacob Yi and their two American-born kids Anne (Noel Cho) and David (Alan S. Kim) — the little boy whose perspective and experiences underpin the narrative, and who stands in as a quasi-autobiographical rendition of director Chung.

The adults immigrated first to California, working in a poultry operation separating chicks by gender. Mom (played by Yeri Han) and dad (Steven Yeun) clearly didn’t move across the Pacific Ocean to work as chicken sexers; and, with their growing family in tow, so comes the dream of running their own farm deep in the rural interior of an unfamiliar country.

Proceeding is a series of clashes among cultures, spouses and generations, as family members struggle to fit in among their neighbors, navigate their own ambitions and misgivings, and come to terms with old and new ways of living.

Rogerebert.com, which gave the film three-and-a-half out of four stars, praised Chung, whose meticulously crafted film achieves the feat of making the stuff of everyday American life seem “fresh and alive,” as seen through the eyes of those who are working to become familiar with them.

The New York Times made Minari a “critic’s pick,” with renowned reviewer A.O. Scott calling it “a lovely new film” filled with “gentle intensity” and “a warm sense of familiarity” that is “moving and downright revelatory.”

Review aggregators Metacritic and Rotten Tomatoes give Minari a rating of 89% and 98%, respectively, indicating what The Times’ critic Scott called the film’s “universal acclaim.”

Clearly, Minari has struck a cultural chord, presenting a poignant, deeply-felt portrait not only of an immigrant family, but their new home writ large.