Even 850 miles later, Justine Murray and Matt Connery are looking to go hiking.

When the Reader caught up with the pair after completing their thru-hike of the Idaho Centennial Trail, time was of the essence; right after the interview, they were headed to a local trailhead, celebrating Connery’s birthday with yet another walk in the woods. 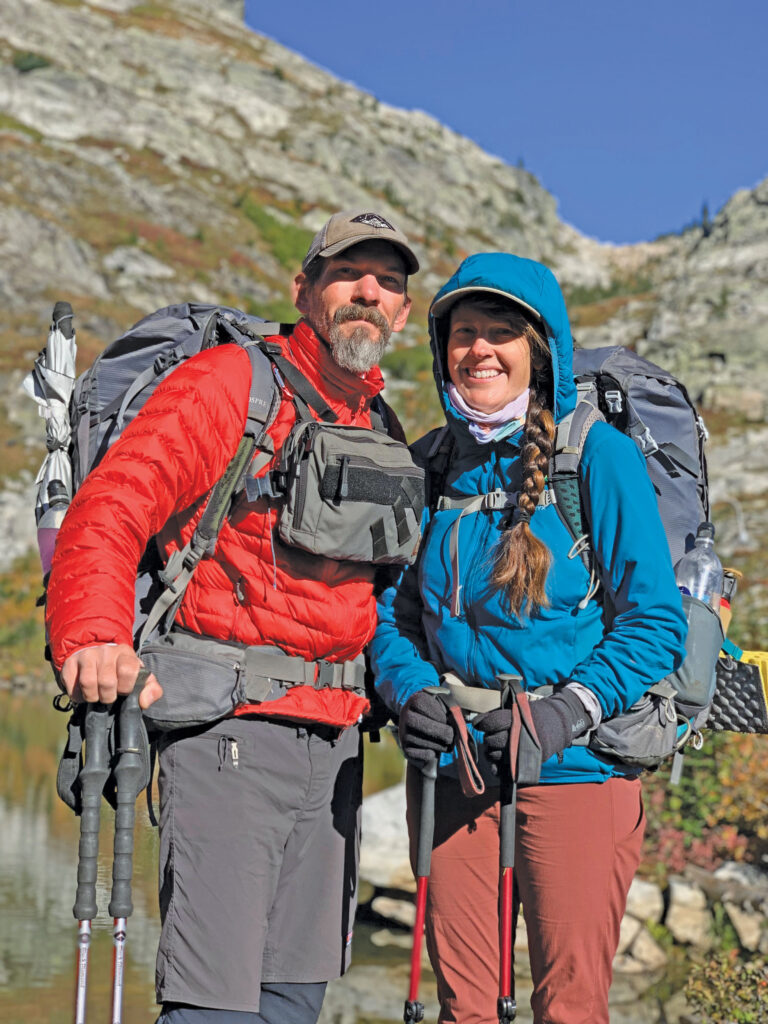 “The endorphin blast and everything you get on the trail for your own mental health is — there’s no words to even describe it,” Murray said. “That keeps you going. That feeling, and being outside, is what definitely makes both of us tick. We love to hike. We hiked Scotchman [Peak] when we got back.”

The Idaho Centennial Trail trek was the launching point for a new local nonprofit known as the Ethan Murray Fund — named for Murray’s son, who struggled with schizophrenia, addiction and homelessness, and was killed by a Spokane County sheriff’s deputy in May 2019. In an effort to provide North Idaho with the mental health resources Murray couldn’t provide Ethan, she launched the nonprofit and planned the thru-hike with a goal of raising $50,000.

As of Oct. 20, the Ethan Murray Fund has raised $44,500 through donations and per-mile pledges, with plans for an auction in November to push past the total goal. Local groups due to benefit from the money include the local chapter of the National Alliance on Mental Illness (NAMI Far North) and Bonner Homeless Transitions.

“We’re just excited to work with the community,” Murray said. “The support has been unreal.”

Murray and Connery embarked on their journey in late June, braving temperatures around 108 degrees on some days in the Owyhee Desert near the Idaho-Nevada border. From there, the couple walked about 775 miles north through heat and rain; over bridges and countless blowdowns; around fires and washouts, all the while sticking to roads, trails and oftentimes only semblances of trails, overgrown and neglected.

All of that walking — along with about 75 miles of rafting on the Middle Fork of the Salmon River — brought them across the entire length of Idaho. They reached Priest Falls, their final destination, on Sept. 20.

“We knew, going into the trip, that this is a trail of no expectations,” Connery said, adding later: “It was going to be hard no matter what, because a lot of the time, there’s just no trail.”

As for their favorite parts of the hike, Murray pointed to the Frank Church River of No Return Wilderness — “hands down.” Connery said he enjoyed the sunrises in the desert, and how the landscape stood in such stark contrast to the mountains back home in Sandpoint.

“Every section is beautiful in its own way,” he said.

Experiencing all of Idaho with nothing but the items they could carry certainly provided some perspective, the pair shared. Connery said they found themselves appreciating “little gifts,” like “the first pine tree after 125 miles.”

“You realize that you don’t need very much,” Connery added. “We are so spoiled… What you have on your back is really all you need.”

Adjusting back to everyday life after beginning and ending each day in a tent for nearly three months has also been a challenge.

“It takes time, and we’ve heard from other thru-hikers that you’ve got to give yourself time to reintroduce yourself,” Murray said, noting that she had a hard time heading straight back to work at her downtown shop, La Chic Boutique, upon return.

“[Real life] is not the everyday easy thing of ‘you’ve got to make it from here to there,’” she said. “You have all these things that start bombarding your mind — work, life, everything. It is pretty overwhelming.”

While the daily objective on a thru-hike might be “easy” — moving forward, gaining miles — the reality of that daily task was much harder.

“You’re walking all day, but the trail is hard enough in some places that you are really working to get where you’re going,” Connery said.

The mental toll of such a harrowing journey also weighed on the hikers. Murray said that she would sometimes experience emotional “crashes” and have hard days, but Connery remained patient and supportive.

“You have to go into this knowing that you’re going to have rough days,” he said, “but it is how you treat each other during those rough days.”

Aside from the upcoming auction event — date to be determined — Murray said the board of the Ethan Murray Fund is in the midst of discussing next steps, including planning annual events, possible expansion of local resources and maybe even another hike. 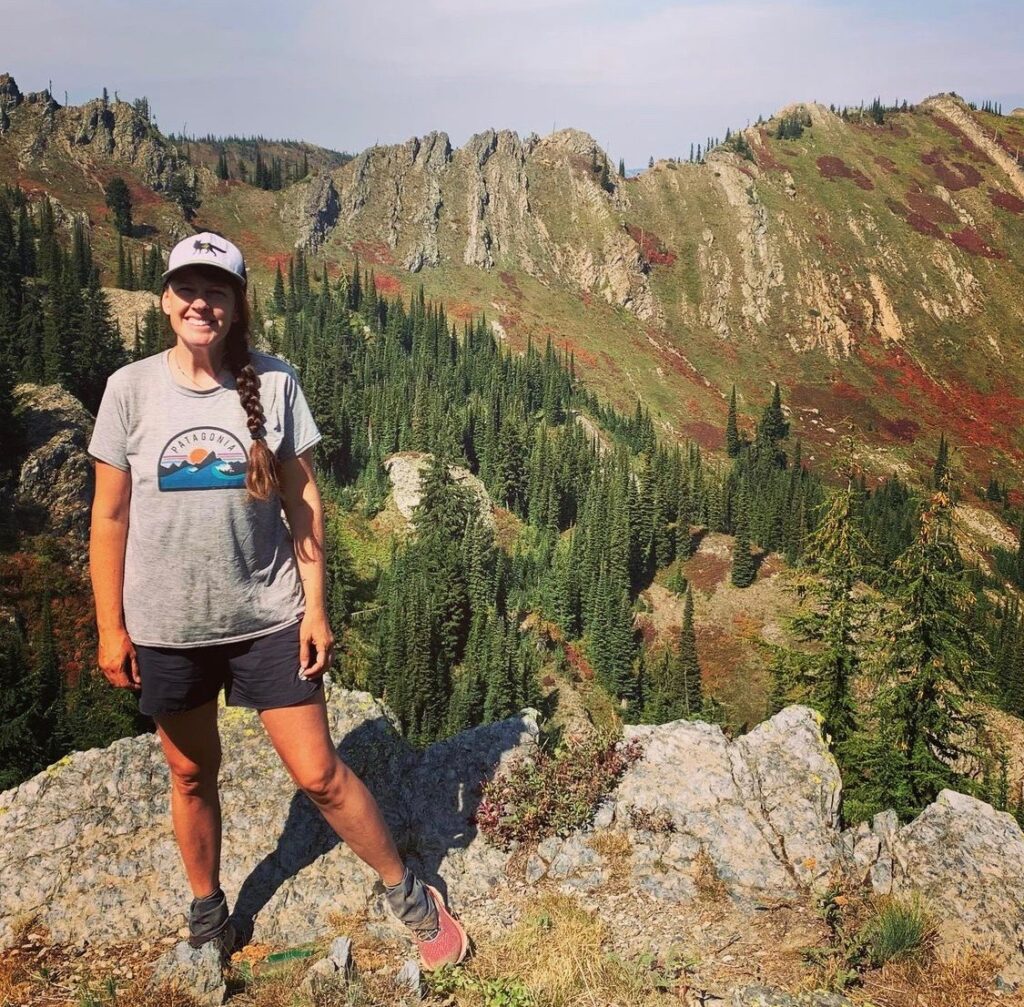 “I was hoping on the trail that I’d find all the answers to everything; and, of course, you don’t. That’s just in the movies,” Murray said with a laugh. “But I’m super excited about it, and to see where it goes.”

In the meantime, you’re sure to find Murray and Connery hiking, often with friends. Aside from the personal growth they experienced in the mountains, it was the people they encountered — including those who assisted them on the Idaho Centennial Trail — that restored their “faith in humanity,” Murray said.

To learn more, visit ethanmurrayfund.org. Also find the nonprofit on Instagram at @ethanmurrayfund, where Murray and Connery detailed their thru-hike journey in real time.