Tea has been made and drunk for thousands of years. It’s the most commonly consumed liquid other than water. Technically, the only true “tea” is made from Camellia sinensis— the shrub that originated in China. All other steeped brews are called “tisanes,” but the two terms are used interchangeably these days. 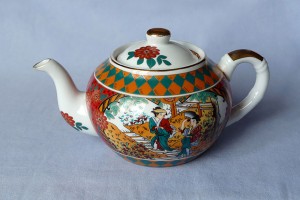 While we won’t be growing any camellias in Bonner County in the near future, there are other plants we can grow that make pleasant drinks. Here are some plants that you may well be already growing for other reasons; all are very easy.

The plants probably used more than any others as tea are in the mint family. The usual suspects like peppermint, spearmint, orange, ginger and chocolate mint are easy to grow;  I recommend growing these plants in containers to prevent over spreading. Leaves can be used fresh or dried.

•Anise hyssop—won’t survive winter for me but grows in town. Tall, a mint on steroids, and has a sweet licorice flavor.

•Lemon balm—Has a pure lemon flavor, unlike lemon mint which is, well, minty.

•Catnip—has claims to being sedative to humans. Some people like the taste; personally, I let the cats have ours. Store your catnip in a jar or hard-sided container or they will find and get into it!

•Chamomile—Apple flavor; it’s the flowers that are used. The weed called around here “wild chamomile” or “pineapple weed” is related but tastes different; it can be used, too.

•Red clover, white Dutch clover—use the dried flowers. It’s sweet and mild, and is a good one for someone who says they don’t like herb teas.

•Lavender—very strong and floral. Use the flowers before they start to look faded. Needs well-drained soil.

•Rose-hips and petals—crush the hips and strain tea before use to get the hairs out. Gather petals before the flower unfolds completely. The best for tea are the old European garden roses: gallicas, albas, damasks and centifolias. The best for hips are species roses like Rosa gallica and Rosa rugosa. Rose petal tea is marvelous on its own and is good added to things like blackberry leaf. Rose hip tea has a slightly sour flavor and vitamin C.

•Borage—both flowers and leaves are used, although the flowers are more for beauty than taste. Harvest wearing gloves and strain the steeped tea before use; the hairy leaves can make you itch. No one wants an itchy tongue. Mild cucumber taste.

•Rose, lemon, nutmeg, other scented geraniums—live in the window come frost and put outside in late spring. Fresh leaves are best.

Pick leaves/flowers in early morning, before the sun starts cooking the plants; they’ll have more aromatic oils. Dry herbs in a cool area away from sunlight. All you need to make your tea is a tea pot or French press; if you use a pot, you’ll want to have an infuser or strainer so your cup isn’t full of leaves. One to three tablespoons of leaf per cup of water is a good starting place for most herbs; you’ll need more if using fresh rather than dried. Fresh herbs release more flavor if bruised before using.

Use hot water but do not let the tea itself boil. Never, ever, ingest a plant when you are not 100-percent certain of its identity or that it hasn’t been treated with any type of insecticide, herbicide or mildewcide, either by spray or systemically.