Outdoor writer Rich Landers “retired” Dec. 1, leaving the Spokesman-Review after 40 years as reporter and, for the great majority of those, outdoor editor. To celebrate his retirement and the 13th Anniversary of Friends of Scotchman Peaks Wilderness, Landers will take to the Panida Theater stage in Sandpoint on Jan. 13 to reflect on his Spokesman career; “40 ‘Rich’ Years in the Great Outdoors.” 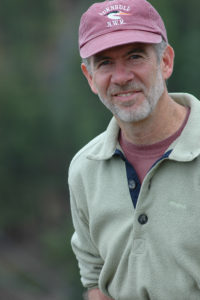 Friends of Scotchman Peaks will host outdoor writer Rich Landers at the Panida Theater in Sandpoint on January 13 for “40 ‘Rich’ Years in the Great Outdoors.” Courtesy photo.

Friends of Scotchman Peaks Wilderness is hosting the event, which includes a silent auction, no-host bar, raffle and an on-stage interview with Landers conducted by Sandpoint Magazine publisher Chris Bessler. Doors at the Panida will open at 6:30 p.m., and Landers’ presentation begins at 7:30 p.m.

“Rich has been one of the best supporters of the Friends proposal over the years,” said FSPW executive director Phil Hough, “so we were delighted when he accepted our invitation to be our 13th Anniversary ‘headliner.’ We look forward to hearing great stories about his adventures both locally and around the world.”

Landers has plenty of stories to tell. He graduated in journalism from University of Montana in 1975. He’s worked with Field and Stream, Montana Outdoors, Outside, Runner’s World, Pacific Northwest, Western Outdoors and Popular Mechanics. He has also published guide books with Mountaineer Books, including “100 Hikes in the Inland Northwest” and “Day Hiking Eastern Washington.” He’s been recognized as the Conservation Writer of the Year by both the Idaho Conservation League and the Washington Environmental Council.

“We encourage folks to come early,” said Sandy Compton, FSPW program coordinator. “Bonners Books will have Rich’s books for sale, and we have some very nice silent auction items, including a ‘city cruiser’ bike from Syringa Cyclery, a Tracker avalanche beacon donated by Lyle Hemingway and several pieces of art; including a giclée print from FSPW artist-in-residence Karen Robinson and a painting form Aaron Johnson, one of our perennial ‘Extreme Plein Air’ artists.”

“The community response to this event has been wonderful,” said Compton. “We were somewhat overwhelmed by the amount of support the business community has shown. We sold all of our sponsorships in a very short time.”

Tickets for this event are only $5, and available at Eichardt’s Pub, Bonners Books in Bonners Ferry, online at www.scotchmanpeaks.org/events and at the Panida. View the complete sponsor list and silent auction items at https://bit.ly/13thFSPWSponsors