For Ethan, and for all

If you don’t see Justine Murray at La Chic Boutique, her business in downtown Sandpoint, chances are she is probably hiking.

Being in the mountains is a pastime that she often enjoyed with her son, Ethan. 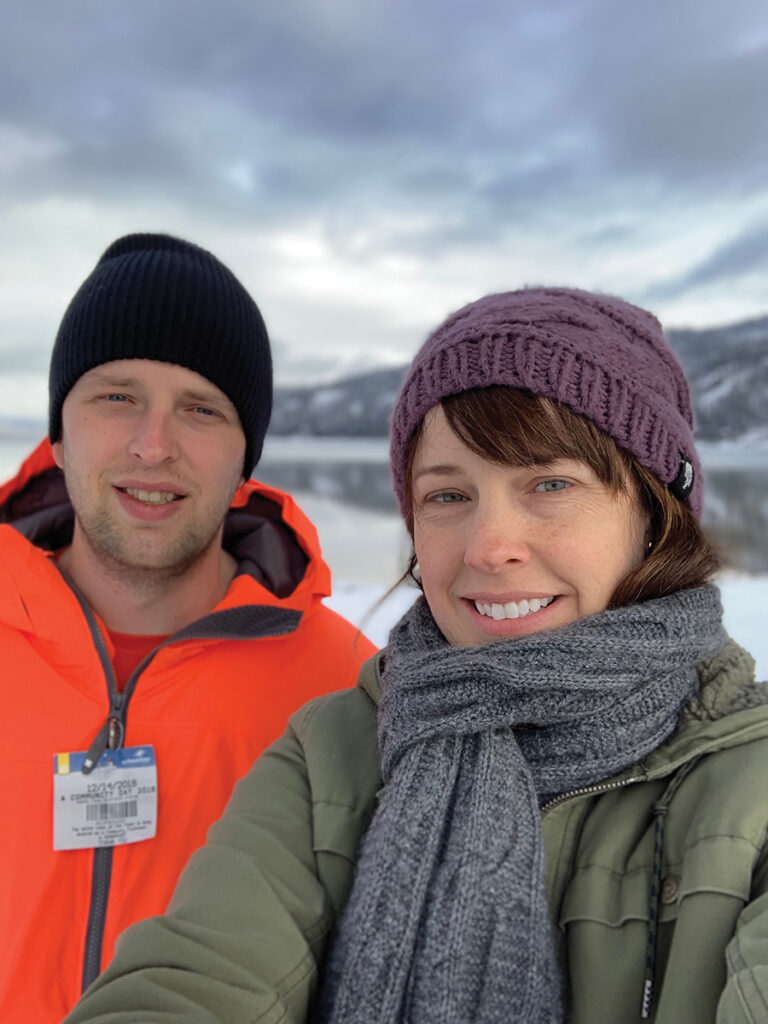 “Now, thinking back, all the times that we did go hike — what that meant to us, being together, and what that offered him,” she said. “He would be in crisis, and be looking to go hiking.”

Ethan struggled with schizophrenia and addiction, and was fatally shot by a Spokane County Sheriff’s deputy near a homeless camp in Spokane Valley on May 4, 2019.

Murray said she always had the idea to go on a thru-hike with the goal of raising awareness and funds for local mental health resources, though wasn’t always sure which major trail she’d choose. Then she read a story about a man who hiked the Idaho Centennial Trail. It was the first time she’d heard of the trek, which measures more than 900 miles and stretches the length of Idaho from the Nevada border to Priest Lake.

“I thought, ‘This is pretty special. I think this is the trail,’” she recalled. “I pretty much just knew.”

That was before Ethan’s death. Now, Murray is tying the thru-hike into a larger mission: a nonprofit known as the Ethan Murray Fund, which will aim to offer financial support for local people facing mental illness, homelessness and addiction.

“I needed resources for Ethan that weren’t available,” Murray said.

Ultimately, her “big vision” for Sandpoint is the creation of a crisis center. Right now, the nearest is in Coeur d’Alene.

“I really think having a crisis center and a shelter are the two biggest things right now I see that would be really helpful for Sandpoint,” Murray said, noting that homelessness in North Idaho is not as visible as it is in larger cities.

“There is no place to go for them,” she added. “There’s places for families, but for single [people], like Ethan, there wasn’t any place.”

For now, the Ethan Murray Fund plans to offer support in other ways, such as footing transportation bills to get individuals to the Coeur d’Alene crisis center, or assisting with addiction counseling costs. Helping a mother afford medication for her child could be “life-changing,” Murray said.

Exploring local trails has been integral for Murray throughout her grieving process. Not only will the ICT hike spur fond memories of hiking with Ethan, but she hopes it will also help her connect to his experiences.

“It’s not the same, but reflecting on my son and what the day-to-day must have been like for him — for safety and finding a place to sleep, being uncomfortable in all kinds of weather,” she said. “I thought that’s the closest I could feel — it’s still not even close — but to feeling uncomfortable on a day-to-day basis.”

The ICT also presents challenges of navigability. It goes through the largest swath of wilderness in the lower 48 states — the Frank Church River of No Return Wilderness — and is known for having hundreds of stream crossings. Murray said that her research leads her to believe that the trail will be anything but straightforward.

Still, she said she looks forward to the chance to be immersed in Idaho’s most beautiful places for up to two and a half months; she noted that she and her partner, Matt Connery, have agreed not to rush their hike.

“Running a business, it’s been busy and it’s been difficult to find a lot of time to go hiking,” she said. “I still do, and I still push it, but I think just getting out there and being in nature — in the solitude and the beauty — is going to be amazing.” 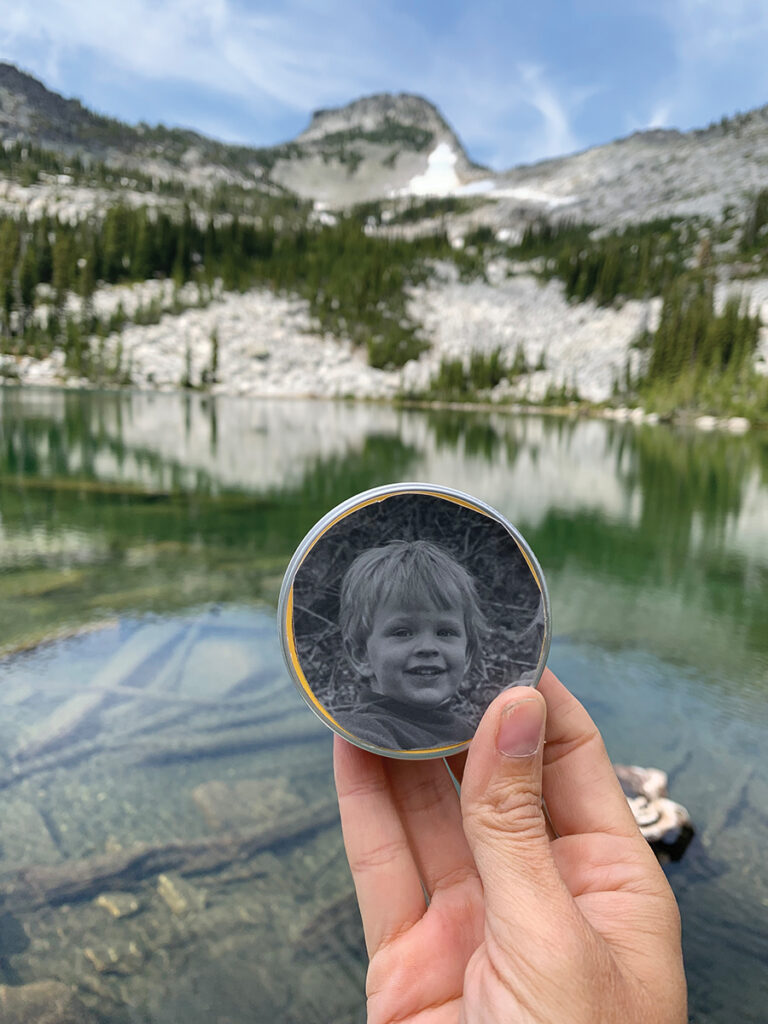 A small tin of Ethan’s ashes that Murray carries with her on her hikes. Photos courtesy Justine Murray.

Murray and Connery plan to embark for southern Idaho around June 1. Also coming along will be Ethan’s ashes, which Murray plans to distribute along the journey.

The website for the Ethan Murray Fund launches Friday, April 16 at ethanmurrayfund.org. Friday will also mark the release of the teaser for a short documentary being made about the hike and Murray’s quest to improve mental health resources in Sandpoint. Learn more on the nonprofit’s Instagram: @ethanmurrayfund.