Films about love that don’t suck

Movie formulas have their place, but sometimes, the bog-standard romantic comedy just doesn’t cut it.

Maybe you need a break from the quirky girl and commitment-challenged guy who fall in love, break up and get back together before the credits roll. Maybe you’re just trying to impress that movie snob you’ve been seeing lately. It’s OK, we’re not here to judge. Whatever the case, if you’re seeking something a little different this Valentine’s Day, here are a few unconventional romance movies to mix things up. 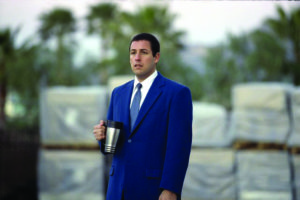 Adam Sandler is one of those love-him-or-hate-him actors. But “Punch-Drunk Love” flips the script, taking Sandler’s boyish comedic style in a direction that often leaves his fans baffled and his haters thinking, “Maybe this guy has talent after all.”

Directed by cinematic master Paul Thomas Anderson, the film covers a romance between Barry (Sandler), a novelty salesman with severe social anxiety and rage issues, and Lena (Emily Watson). Their relationship is complicated when Barry runs afoul of a gang of identity thieves and extortionists, forcing him to confront both them and his own complicated personality.

In turns sweet, jarring and funny, “Punch-Drunk Love” is elevated by incredible performances and Anderson’s impeccable visual style. One thing is for sure: It’s not like any other Sandler movie you’ve seen. 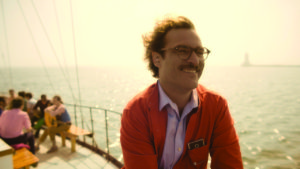 Intimacy, connection, shared interests and values, sex: When it comes to romantic relationships, they’re all factors. But can they exist between a human and a digitally-constructed personality? That’s the idea behind “Her,” a Spike Jonze film that ranks as both a sci-fi and romance masterpiece. And given the rising trend of people giving up human connections for artificial ones, it may also become a scarily prescient movie.

Set in the near future, Theodore (Joaquin Phoenix) has fallen into a rut in his personal life and struggles with the thought of his impending divorce. When he upgrades his computers’ operating systems to include a digital personal assistant that can learn and grow, he meets Samantha (Scarlett Johansson), and the two quickly develop a startlingly intimate connection as she manages his social media, emails and digital life.

“Eternal Sunshine of the Spotless Mind” 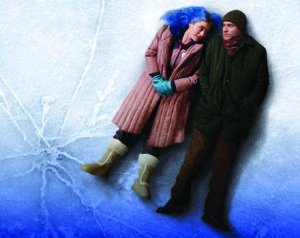 With movies like “Being John Malkovich” and “Adaptation” under his belt, Charlie Kaufman is regarded as one of the most innovative screenwriters in the business. In “Eternal Sunshine of the Spotless Mind,” he turns his incisive style to relationships. The result is romantic comedy that tackles themes of love and memory in a poignant, moving and often very funny way.

Directed by Michel Gondry, the movie is carried by two excellent central performances from Jim Carrey and Kate Winslet as Joel and Clementine, a former couple who have their memories of each other erased after a painful break-up. They re-meet some time later without any knowledge that they had dated and begin a relationship once again. The film explores their original decision to erase their relationship from their minds, with a large portion of the film taking place in Joel’s mind as he fights to retain memories of his ex-girlfriend.

“The Tale of Princess Kaguya” 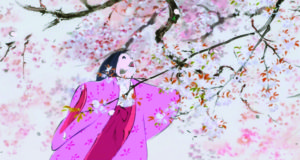 I wanted to include one animated movie on this list, because of course I did. And while Disney has tackled love and romance in a variety of compelling ways, why not start with a movie based on “The Tale of the Bamboo Cutter,” a Japanese folk story considered by some to be the “ancestor of all romance?”

That movie is “The Tale of Princess Kaguya,” an animated film produced by Studio Ghibli, best known for masterpieces like “Spirited Away” and “Princess Mononoke.” Like the folktale it’s based on, the movie follows a young girl found by a Japanese laborer in a shoot of bamboo. As she grows up, she develops a relationship with a local boy that lasts even as she’s sought for marriage by noble suitors and learns about her own mysterious heritage.

“The Tale of Princess Kaguya” is a deeply moving movie filled with beautiful animation and soaring sequences. Even among Ghibli’s exceptional standard of quality, it’s a standout.