A legend in the film community and particularly the horror subculture, Briggs is a writer, actor and film critic with an eye for the wilder side of cinema. This week, he brings his encyclopedic film knowledge and irreverent sense of humor to the Panida Theater with a deep dive into film history, “How Rednecks Saved Hollywood.”

Set for 8 p.m. Friday, July 15, with doors opening at 7 p.m., the show is a two-hour tour of both grindhouse and mainstream cinema told through more than 200 clips and stills. Tickets are $40 and available in advance or at the door. 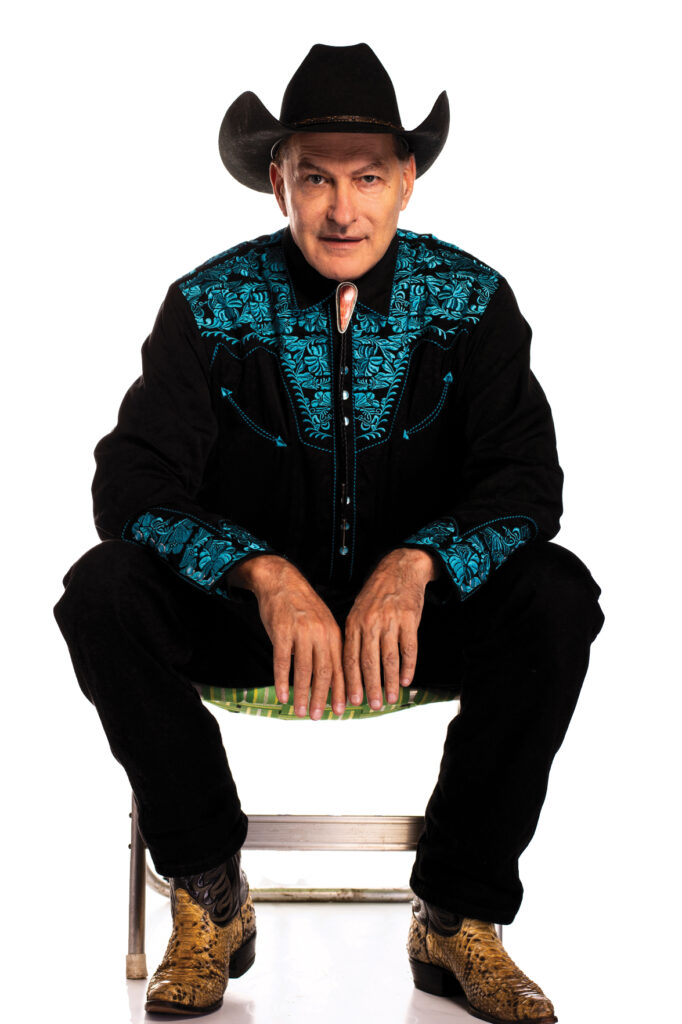 “How Rednecks Saved Hollywood” navigates the unique relationship that America’s working class shares with the entertainment industry, observing why “the redneck is the scariest monster in all of film history, with visual evidence.”

If the teaser blurb piques your interest — “How Thunder Road, the Whiskey Rebellion, the tight cutoffs worn by Claudia Jennings in Gator Bait, illegal Coors beer, and the Cannonball Baker Sea-to-Shining-Sea Memorial Trophy Dash combined to inspire the greatest movie in the history of the world” — then the Friday show is not to be missed. And it’s all delivered with Briggs’ unforgettable brand of sardonic humor.

Briggs is a champion of low-budget or no-budget exploitation cinema, the type of movie that might make stuffy cinephiles of a certain vintage scoff. It doesn’t matter if the movie is held together by twine and a dream — if there’s passion there, something clever or compelling or subversive, Briggs is interested in sharing it with the world. It’s a sensibility that’s informed much of his decades-long career and multiple TV shows, including Joe Bob’s Drive-In Theater on The Movie Channel and MonsterVision on TNT.

Full disclosure: I’m a Joe Bob Briggs fan, albeit a more recent one. A horror lover, I stumbled upon Briggs’ unique brand of film presentation through the streaming service Shudder. The Last Drive-In with Joe Bob Briggs is one of the service’s tentpole originals, bringing in thousands of horror fans — the self-described Mutant Fam — for Friday-night horror marathons each season.

From highbrow prestige films like The Changeling, starring George C. Scott, to modern indie horror like Hellbender to obscure videotape cult slashers like Sledgehammer, The Last Drive-In is a celebration of the sheer breadth and depth of the horror genre. Regular viewers surf the waves of film history from the 1922 silent film Nosferatu to recent standouts like the bonkers 2020 horror comedy Fried Barry.

A diverse curation of genre offerings is all well and good, but two things make The Last Drive-In exceptional: Briggs’ expertise and the Mutant Fam community. Each Drive-In episode is broken into movie segments and host segments, where Briggs jumps in to relate making-of-the-movie anecdotes, offer filmmaking analysis, interview cast or crew members, and even perform the occasional comedic sketch.

The host segments draw out a new dimension to the featured film, whether it’s an old favorite or a first-time watch. The number of hitherto-unheard-of movies I’ve discovered through The Last Drive-In is extraordinary, but even classics like the 1999 Takashi Miike film Audition, which I’ve seen at least a half-dozen times, take on a new life in Briggs’ hands.

Likewise, the stalwart Mutant Fam community makes each Drive-In event a special experience. Ably managed by Briggs’ co-host Darcy the Mail Girl, who brings a welcome voice to each episode, the Mutant Fam’s social media commentary adds yet another layer to the Drive-In experience. It’s a community bound by a singular passion for the misfit toys of film history.

“How Rednecks Saved Hollywood ‘’ is a rare opportunity to enjoy the Drive-In experience live and in person.

Those who hear the Mutant Fam’s call are advised to purchase their ticket and recite “The Drive-In Oath”: “As long as one drive-in remains on the planet Earth, we will party like jungle animals. We will boogie ‘til we puke. Heads will roll. The drive-in will never die.”

Cameron Rasmusson is editor emeritus of the Sandpoint Reader and an avid film fan.