Bonner County residents should familiarize themselves with local authorities’ protocol for evacuation, if the past week is any indication of how the remainder of 2021’s unprecedented wildfire season is going to unfold. 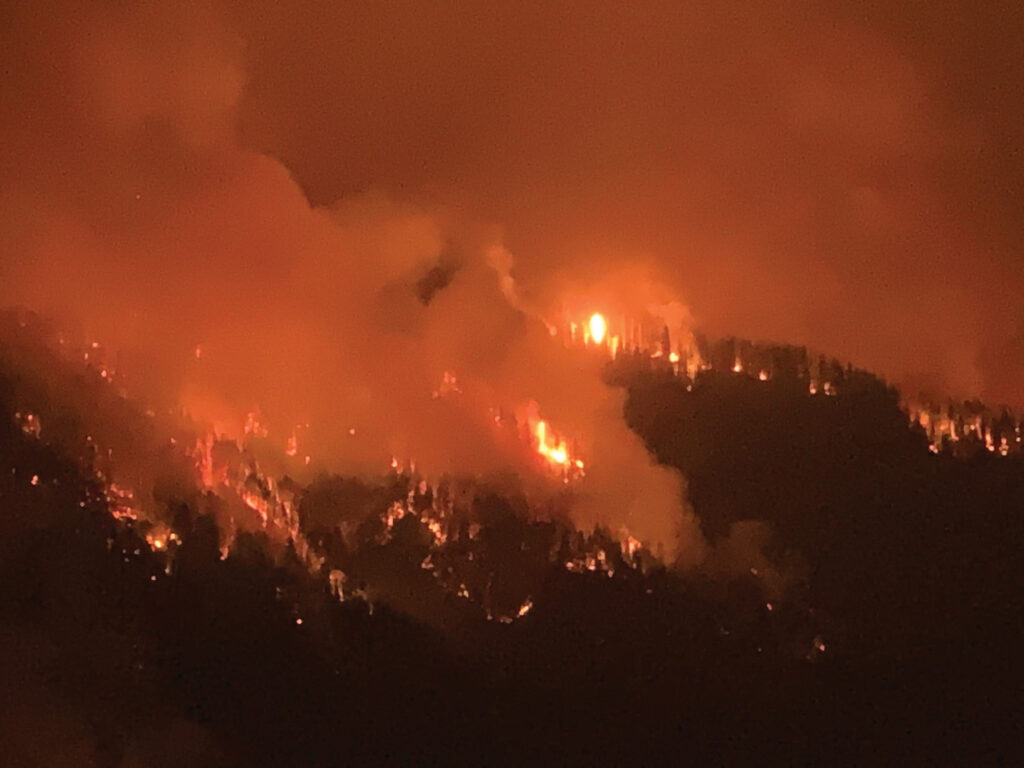 Residents in the Trestle Creek area of Hope found themselves subject to the protocol on July 31 when they received notice in the afternoon to be in the “ready” status of evacuation, meaning they should have a plan in place for leaving their homes in case of immediate danger — in their case, from the Trestle Creek Complex Fire, started by lightning on July 7.

Rather than receiving the “set” order next, which indicates that it’s time to take final actions before evacuation, Trestle Creek residents living between Highway 200 and the snowmobile parking area on Trestle Creek Road were notified to “go” — immediately evacuate — at around 12:30 a.m. on Aug. 1. The Bonner County Fairgrounds served as a temporary refuge until around 11 a.m. on Aug. 2, when residents were allowed to go home but remain in the “set” level of evacuation.

A wind event the night of July 31 prompted the evacuations up Trestle Creek, as the blaze saw significant growth and spot fires up to 3/4-mile ahead of the fire. As of Aug. 4, fire officials reported the Trestle Creek Complex Fire to be almost 3,500 acres — it was less than 500 acres a week ago — and 0% contained.

While the original six fires that made up the complex had been at least partially contained, new growth has overtaken those previously contained areas. However, a fireline still exists, and the containment percentage will increase as the fire reaches and holds at that barrier.

Current firefighting efforts include reopening old forest roads to gain better access to all sides of the fire, and coordinating with local agencies to protect area structures.

On the west side of the county, July 29 saw a new incident two miles north of Priest River known as the Pioneer Fire. While many area residences were placed on the “ready” and “set” levels of evacuation, as of Aug. 4, none have been ordered to “go.” Also as of Aug. 4, fire officials reported the 355-acre Pioneer Fire 100% contained, with mop-up efforts underway. The cause of the fire is still under investigation.

The best way to stay informed of any and all Bonner County fire announcements is to sign up for Nixle alerts on your cell phone. Text your ZIP code to 888-777 to subscribe to the program and receive notifications about all matters of public safety from the Bonner County Sheriff’s Office. 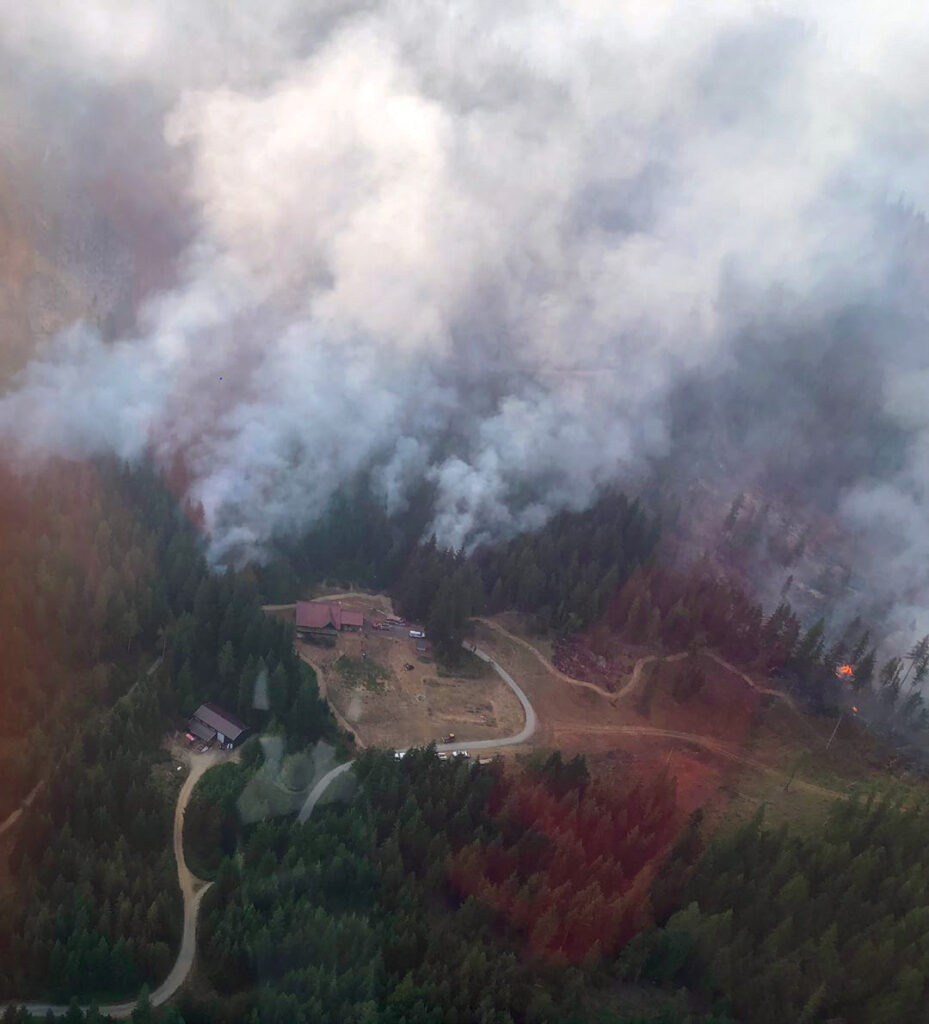 An aerial view of the Pioneer Fire outside of Priest River.
Photo courtesy Idaho Department of Lands.

If your residence is ordered to evacuate, BCSO personnel will also be making house visits to ensure awareness of the situation.

Fires across the Pacific Northwest have created air quality issues in the past week, with Sandpoint ranking in the “moderate” category on Aug. 4, meaning that “if you are unusually sensitive to particle pollution, consider reducing your activity level or shorten the amount of time you are active outdoors,” according to the U.S. Air Quality Index. Air quality is forecasted to remain “moderate” into the weekend.