My 3-year-old border heeler Mac has an affinity for many basic canine pleasures. These include ear scratches, lamb and rice kibble, long naps and wide open spaces. On the hierarchy of her greatest loves, just above me — her devoted human mother — is fetch.

I knew, upon picking a high-strung cattle dog as my companion, that I’d need to set aside time each day to help her burn off her energy and stimulate her mind. For better or worse, my cattle dog’s “job” became fetch. Mac lives for her ball, which I throw with a Chuck-It until her tongue is dragging in the grass and I know she’s had enough. 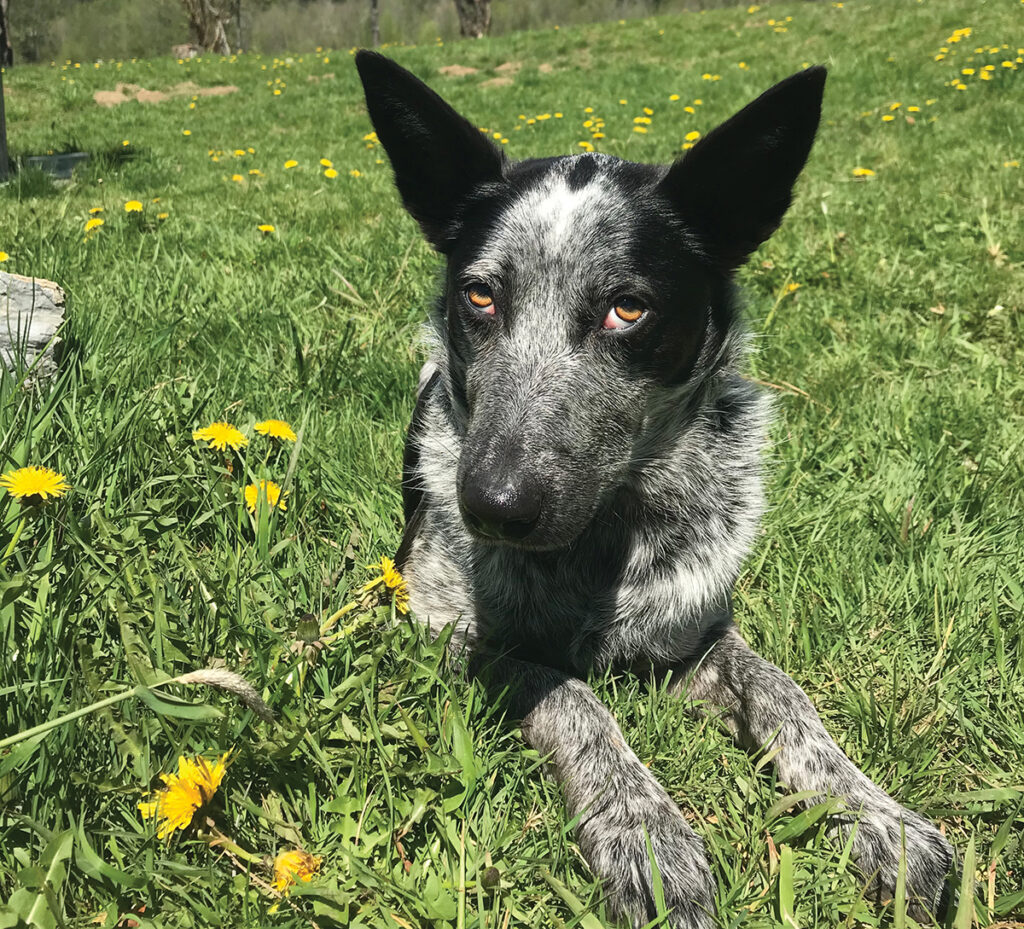 Fetch is Mac’s love language, so when she makes new human friends, she brings them whatever she has at her disposal, drops it precisely on their foot and patiently waits for them to throw it. Since the Chuck-It hangs in the mud room and is reserved for special times of the day, most of the time Mac brings people sticks from around the yard.

I generally refrain from throwing sticks for her. I’d passively read about the risk of impalement and injury from sticks, but brushed my wariness off as overprotectiveness. People throw sticks for dogs all the time. So when a guest at my home was throwing sticks for Mac, I didn’t say anything.

“Don’t be that dog mom,” went my inner monologue, just as I heard Mac whimper.

I turned around to see her cough and spit out a small amount of blood. Upon inspection, I found a scrape on the roof of her mouth. She got ample pats and belly rubs, the guest apologized and we agreed it was time to quit playing. Mac acted normal for the next couple of hours and I attributed her disinterest in her water dish to the scrape. I only thought to look deeper into her throat when she wouldn’t accept a bite of my pork roast dinner.

With a flashlight and help from my fiancé, we were able to look past her tongue to a quarter-sized puncture wound. By this point, Mac was shaking and lethargic.

A phone call confirmed that the nearest after-hours emergency vet was in Coeur d’Alene. After the long car ride and an initial exam, Mac was in surgery. We were home just after midnight with a week’s worth of antibiotics and pain medication, and the knowledge that it could have been much, much worse.

It’s been two weeks since Mac’s stick accident and I continue to kick myself for not knowing that she was in pain. I can’t believe I didn’t speak up sooner to discourage the stick throwing, for fear of being an overbearing pet owner. I’ve been channeling this anxiety into a mass clean-up of our yard. Mac has even been helping — she brings me a stick and I toss it into the burn pile.

My PSA is simple: quit throwing sticks. They’re pokey and dirty. We were lucky that there were no splinters lodged in Mac’s soft palate nor any major bleeding. Things can go wrong in an instant. It is worth it to redirect your dog to a ball or other, softer option.

Second, I want to encourage my fellow dog owners to speak up when you have a gut feeling about the safety of your pet and never apologize for protecting them — after all, you are their protector, just as they are yours. Our furry family members deserve fierce advocates.

Mac’s stick experience has solidified this belief for me. At this point, I’d proudly tattoo “overbearing dog mom” on my forehead.

Thankfully, Mac is on the mend, eating and drinking normally two weeks after surgery. It’s a relief to type those words after fully preparing myself for her to die on that car ride to the emergency vet. Give your pups an extra pat for us, and never take a moment together for granted.

Tags: back of the book readerhazards of throwing sticks for dogsLyndsie Kiebert