When Pam Bird first began seeing her eventual husband, Forrest Bird, years ago, they inevitably found themselves at airfields.

Perhaps in a bid to impress, the renowned aviator, inventor and medical doctor would take her in the air for a spin. On one occasion, she remembers him stopping to pick up an earthworm, moving it from the runway to a place of safety. 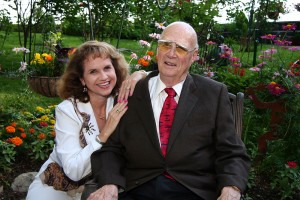 It’s a small moment—insignificant when set against the achievements Bird charted over his lifetime. But it also captures something personal about a man who became a legend. It reveals a gentleness that perhaps motivated his life’s work.

“He believed that everything deserved life,” Pam Bird said.

That’s as fitting a eulogy as any for a man who bent his sharp intellect and insatiable curiosity toward medical technology, producing inventions that would ultimately save millions of lives.

Bird died Sunday morning at his home in Sagle at the age of 94. Pam said that rather then spending his final hours in a sterile hospital room, he chose the spectacular window of Lake Pend Oreille from a home on his 300-acre property. Condolences from around the world have flooded the Birds’ home. Publications as auspicious as the The New York Times covered his passing.

“I think there’s been a tremendous feeling of loss,” Pam said. “People realize how special he is.”

The Bird Aviation Museum and Invention Center is a testament to his unique qualities and passion for science. A celebration of aviation, aerospace technology and innovation through invention, the museum has inspired untold numbers through family visits, field trips and the annual Camp Invention, a summer camp dedicated to inspiring kids with a love of science and mathematics.

But Bird also inspired people on a much more personal level. Bird Museum volunteer Beth Brubaker said the scientist is single-handedly responsible for putting her son, Blake Alfson, on the career path he pursues today.

“I firmly believe that Blake is where he is today because of Forrest’s influence,” she said.

It was a rainy afternoon, of all things, that first crossed Alfson and Bird’s paths years ago; with nothing else to do due to bad weather, the mother and son decided to visit the museum. It made such an impression on Alfson that he put himself forward as a museum volunteer. He credits Bird’s mentoring with his achievements as a young scientist, which have earned him the Congressional Award for Leadership. When he received the award in Washington, D.C., the Birds flew out to attend the ceremony.

“[His meeting with Bird] was so serendipitous,” Brubaker said. “Who would have thought that stormy day would change both our lives?” 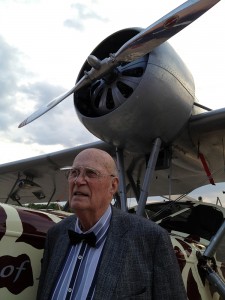 Indeed, serendipity seems to follow the doctor throughout his life. Pam’s daughter and Bird’s stepdaughter, museum manager Rachel Schwam, is another living example. It was Bird’s Baby Bird medical respirator that kept her alive when she was born prematurely. It’s no surprise, then, that she was extremely close to her stepfather, so much so that she had two dads walk her down the aisle on her wedding day.

It’s hard to find a person who hasn’t had a loved one use one of Bird’s respirators at one point or another. That widespread impact on the worldwide medical community is why Alan Millar, former principal of Sandpoint’s charter school, sought the Bird’s permission to rename the school after him. The family was initially reticent.

“Forrest told me, ‘People don’t have schools named after them until they’re dead,’” Millar said.

Over a period of three years, Millar would occasionally revive his request. In 2012, the Birds called him from the Eiffel Tower in Paris, France, to finally grant permission.

Millar’s persistence wasn’t to secure money or funding from Bird or his company. Rather, he wanted to establish a role model for his students. Bird provided an example of a man whose achievements were the product of intellectual curiosity and hard work.

“We view him as the classic American inventor,” Millar said. “He wasn’t in this for the money—he was in it to save lives.”

The work that blazed Bird’s pioneering trail began as a young man when he became a certified pilot by age 16. During World War II, Bird studied the impacts of high altitude flight on fighter pilots, a project that transition directly into his work on respirators. It also helped inspire his abiding passion for veteran’s issues. The Women Airforce Service Pilots monument at the Aviation Museum is just one example of that work.

Bird’s success with medical respirators and several other inventions built the Bird Corporation, based out of Palm Springs, Calif. Longtime Bird Museum volunteer Bill Hertzberg remembers exploring the Bird Corporation hangar as a child 50 years ago, ultimately meeting Bird while sneaking around in one of his modified Consolidated PBY Catalina aircrafts. He later befriended Bird’s daughter, Cathy, and went to high school with her. When their class completed an entire house as a part of a wood shop project, it was Bird who put down money to purchase the structure. Hertzberg said it was a simple kindness from a humble man, an image that often gets lost in his legend.

“When a guy has all these accouterments, he can seem distant, but that wasn’t Forrest,” he said. “This was a guy who couldn’t have known where [his work] would take him.”

Pam agrees that for Bird, wealth and recognition were never motivating factors, even as he received the Presidential Citizens Medal from President George W. Bush in 2008, the National Medal of Technology and Innovation from President Barack Obama in 2009 and an induction into the National Inventors Hall of Fame in 1995. What mattered to Bird, Pam said, was a quiet life with friends and family while inspiring the next generation of innovators. That, more then anything else, is the legacy his family aims to preserve.

“The foundation and footprints have been left by him to carry on,” Pam said. “We’ll push harder and stronger to continue his legacy for generations to come.”

A celebration of Forrest Bird’s life will take place 11 a.m. Saturday, Aug. 8 at the Bird Aviation Museum and Invention Center. The event is open to the public.