Downtown construction to be ‘substantially complete’ by May 14

Core streets have been in various stages of reconstruction — and closure — since September 2019, but as of Thursday, May 14 the wide-ranging project will be “substantially complete,” according to city officials. 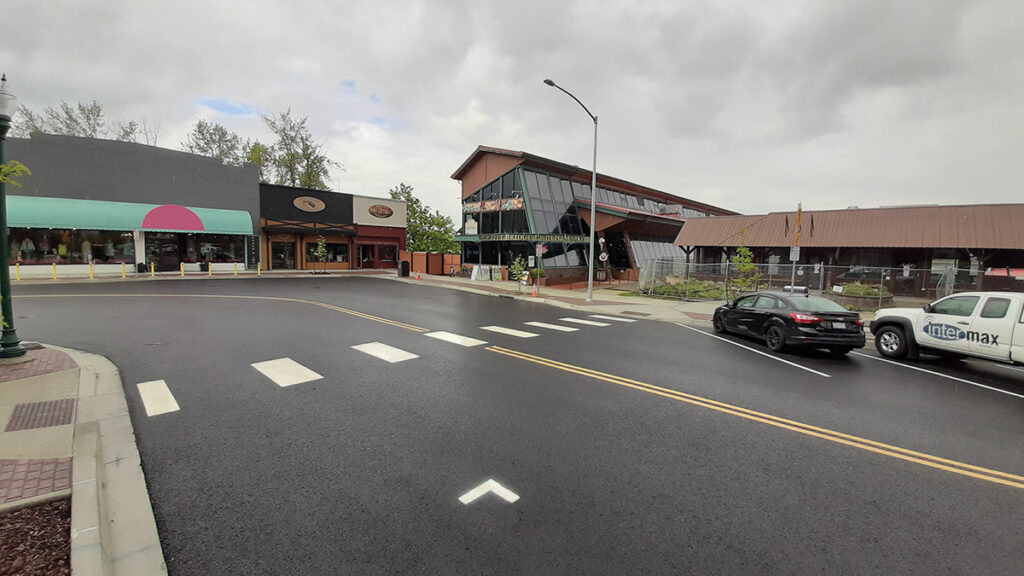 The corner of First Avenue and Cedar Street in downtown Sandpoint. Photo by Ben Olson.

First Avenue from Church to Cedar streets and Second Avenue opened for use on May 11, signalling the beginning of the end of Phase II of the city’s project to improve downtown infrastructure, which began in 2017 with the two-way traffic reversion throughout downtown, followed by a complete revamp of Cedar Street from First to Fifth avenues in 2018.

What remains is for crews to deal with an unanticipated subterranean void at the eastern sidewalk on First Avenue and Church Street, which project managers said will be finished in time for the June 1 completion date.

The final touches include installing green ornamental pedestrian lights — a grant-funded contract that is expected to take about a week and make way for the incorporation of flower baskets along First Avenue.

For more information on Phase II — and the larger downtown revitalization project — go to sandpointstreets.com.