This plea is on behalf of the handful of doddering, post-dotage Sandpointians who, during our fair town’s annual Lost in the ‘50s, wander First Ave. and its environs admiring cars we once owned and listening for songs we once loved. We see the cars, and we remember. Some of us, remembering, get all weepy. But we don’t hear the soundtrack of our pre-Elvis adult lives. What we hear over downtown loudspeakers is doo wop and early rock: Buddy Holly and Bo Diddly. Pat Boone and The Platters. That ain’t the ‘50s we remember! 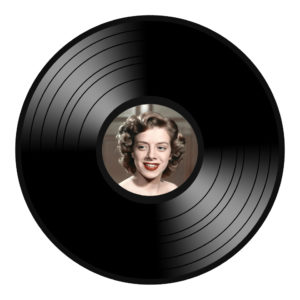 Doo wop and beginner’s rock might be the stuff of dreams to immature whippersnappers in their 70s and early 80s. You can easily spot them — jigging along the street, winking and giggling, snapping their fingers to the beat of The Crickets or Paul Anka. Doing the buck and wing to “Earth Angel” by The Penguins. Or, spare us, “Blue Suede Shoes” by Elvis. The Drifters and The Flamingos are doo-wopping from one amplified end of town to the other. So are Bill Haley and The Everly Brothers. To say nothing of Little Richard’s “Tutti Fruitti.” All from the 1950s but a galaxy away from, say, the Four Freshmen singing “It’s A Blue World,” or “Love Is Just Around The Corner.” Or Peggy Lee’s “Fever,” June Christy’s “Something Cool,” or Rosemary Clooney’s “Hey There” from Broadway’s Pajama Game. Kay Starr, Doris Day, Billie Holiday.

Doo-wop and early rock showcased some fine musicians and memorable tunes. But what happened to the musical opening half of that auspicious decade? Here’s what happened: Lost in the ‘50s volunteers who choose the music to represent that blessed and evocative era, while well-intentioned, are themselves immature whippersnappers. Mere children, probably in their 60s and 70s. Not seasoned citizens like the fistful of Lost in the ‘50s fans who have mysteriously arrived at our late 80s, maybe early 90s. And, while drooling over a gleaming ‘36 Ford with polished engine, pleated leather seats and marble-knobbed stick shift, are excluded, ignored, rejected and rebuffed by amplified downtown doo-woppers. Just give us Patti Page (“The Tennessee Waltz”), Nat King Cole (“Mona Lisa” or “Too Young”), Les Paul and Mary Ford (“How High The Moon” or “Vaya Con Dios”), Sarah Vaughn (“It’s Magic” or anything else she recorded then) and “Whatever Lola Wants” from Broadway’s Damn Yankees. And maybe most of all, give us the first two of Ella Fitgerald’s eight seminal Song Book albums, by Cole Porter and the Gershwin Brothers, in 1956.

When I was commuting from Long Beach to the downtown Los Angeles USC campus in 1950 in my mom’s wooden-sided Oldsmobile station wagon, the car radio pumped out Patty Andrews’  “I Can Dream, Can’t I,” Teresa Brewer “Music, Music, Music,” The Weavers “Goodnight Irene,” The Four Aces “Three Coins In The Fountain” and even “Rag Mop” by the Ames Brothers. Then, as an Air Force media flunkie in the early 1950s in Georgia, I briefly hosted a weekly USAF music program over radio station WGPC (World’s Greatest Pecan Center). Show staples included Johnnie Ray, who had two hits with “Cry” and “The Little White Cloud That Cried,” Kay Starr (“Wheel Of Fortune”), young Tony Bennett (“Because Of You” and “Cold, Cold Heart”) and Jo Stafford (“You Belong To Me”).

Among my all-time favorite pop vocalists was Billy Eckstine, Mr. B., who recorded “My Foolish Heart” in 1950 and “I Apologize,” in 1951 — among the most romantic pop songs ever. I played an Eckstine record once over WGPC and the station received a threatening call. (In the early ‘50s down in Dixieland adult African-American males were still addressed as “boy” or “uncle” depending on age, and stepped aside for white folks when encountered on a sidewalk). Back to college in sunny SoCal on the G.I. bill in the mid-’50s, colleagues and I whispered sweet nothings to co-ed companions as famed big band singer Kitty Kallen returned with “Little Things Mean A Lot” and Jo Stafford recorded “Make Love To Me.” Jazz vocalist Mel “The Velvet Fog” Torme recorded a cabinet full of romantic ballads. He composed and sang “The Christmas Song,” although Nat Cole’s recording is what most people know.

Early ‘50s pop music was for squares. Vocal quartets, of all things, were hot stuff. We sang along with girl groups like The Chordettes, the Lennon Sisters, the Dinning Sisters, the McGuire Sisters. And boys like the venerable Mills Brothers, The Four Aces, the Ames Brothers, the Four Lads  – and The Buffalo Bills, who sang “Lida Rose,” from the Broadway hit, “Music Man.” What? You didn’t realize early ‘50s music was for nerds? How about these un-awesome pop hit song titles: “A Garden In The Rain,” “Sentimental Me,” “Love Is A Many Splendored Thing.” Yeah? Seriously?

During the sweet California summer of 1956, a Cal-Berkeley co-ed and I wore out an original cast recording of the musical, “My Fair Lady,” which had opened on Broadway that year and spawned several chart-topping hits. The coed and I saw that musical, with original cast, twice in New York in 1957. By then we lived in New York City. Together! (Elvis, horning in on us, had five early successes that year as well: “Heartbreak Hotel,” “I Want You, I Need You, I Love You,” “Don’t Be Cruel,” “Hound Dog” and “Love Me Tender”). And the golden age of popular music came crashing down.

Earlier I defined the 1950s as a blessed and evocative era. For many of us wise, perceptive, informed and cultivated ancients it was. We prepared for 1950s rites-of-passage as kids of the 1930s and ‘40s. Learning the song “Frere Jacques” in nursery school. Falling madly in love with fellow kindergartners Beverly Bernie, Carol Christianson and Sharon Hillary in 1936. Touring the aircraft carrier Lexington in Long Beach Harbor in 1938, four years before it was sunk by the Japanese in The Battle of the Coral Sea. Listening to the family victrola play “Ragtime Cowboy Joe” in 1935, young Bing croon “Sweet Lelani” in 1937, and “Jeepers Creepers,” sung by Louis Armstrong to a horse in a 1938 movie. That year, if you were fortunate enough to be of a certain mellow vintage, you could have seen new movies “Snow White & The Seven Dwarfs,” and “Gone With The Wind.” And you might have been with us at Gavin’s drug store to drool over the very first Superman comic book. Then, in 1939, you could have seen “Gunga Din” and “The Wizard Of Oz”  – and uniformed ushers with flashlights would have shown you to your seats.

We young ruffians crashed around in “bumper cars” at the Long Beach pike, an ofttimes racy oceanside amusement park, especially with the Navy in town. My Longfellow School classmates and I heard FDR declare war on Dec. 8, 1941 when fifth-grade teacher Mrs. Smith plugged in a radio. Boys spun tops, played marbles (migs), built underground forts and joined the Cub Scouts. Girls became Brownies and played jacks, hopscotch and jump rope. We also read books, the “funny papers” on Sundays, and listened to the radio, using our imaginations to fill in the details and everybody rollerskated. Many increasingly obese youngsters today clearly prefer indoor video games that ooze blood and bullets. The more gore and mayhem the better. One wonders who and where their parents are. Or if they care.

Junior high school patriots to the core, we sang, “We’ll slap the Jap right off the map, heigh ho, heigh ho…”. And talked even tougher: “That’s the way the cookie crumbles,” “Take a powder,” “Cut a rug.” Also, “Did you feel her up?” Later, in high school, a summer session make-up cinch course in typing propelled me into an agreeable corporate journalism career and a long love affair with New York City. For, as Fats Waller sang, “One never knows, do one?” It was all spontaneous preparation for the upcoming 1950s – for military service, British roadsters and bearded profs in college, authentic romance, the urban corporate world, business travel, Broadway musicals, marriage, a baby, a mortgage, Beefeater martinis, frisbees, taxes, bank loans, real-time responsibilities. Reality on steroids.

Doo-wop might be the soundtrack of the post-Elvis ‘50s, but the unamplified pop music of that decade’s first half was slower, sexier, quieter, more sentimental, more mellow, more memorable. Just ask any person over 85 – if you can find one.