The official voters’ guide from the State of Idaho for November’s ballot contains several arguments against Proposition 2 (Medicaid Expansion) that are false or misleading. Among them: that Medicaid Expansion will lead to cuts in funding for public schools. 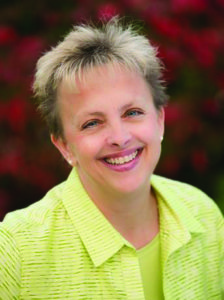 Without a doubt, due to the nature of our Idaho Constitution’s requirement for a balanced budget, ALL items in our state budget “compete” “against” each other. Always have, always will. That said, my argument in favor of Medicaid Expansion – beyond the humanity of it – is that we “taxpayers” are already paying for this medical care for the “gap population.” We pay for it through our property taxes when these folks must turn to the county indigent fund to help them pay catastrophic medical care bills. We pay for it through the State’s Catastrophic Fund (AKA Cat Fund) which are our sales and income taxes. We pay for it by paying higher costs for our own care at hospitals, doctors, dentists and other medical services. And, we who can afford health insurance pay for it through the higher insurance premiums we pay on our policies, because insurance companies are in it for the profit. They will always pass the costs to their policy holders and to the doctors, hospitals and others they contract with.

So, although a large percentage will come from the federal taxes we send to D.C. the portion we will pay at the state will come out of the General Fund. Now, will it cut public schools? Beyond the irony of the Idaho Freedom Foundation actually being concerned about the funding for our public schools, I would say that — even though we can and should do more — the Idaho Legislature’s commitment to public school funding is clear: the K-12 budget always comes first and all other budgets come afterward. And, the K-12 budget is and has been between 48 percent and 52 percent of the entire general fund budget for over 20 years!

A couple of other items: Our state economy as reflected in our state general fund income has been increasing since the recession and is currently on an 8-percent-plus  growth line. Additionally, should Medicaid Expansion pass, there will be growth in the economy due to added jobs in the medical field, which in turn will pay more taxes than received today. And, perhaps most importantly, the folks in the “gap” are the working poor. They are working! They are working two and three jobs to keep themselves and their families going! They are in the workforce today and want to stay in the workforce. These, typically, are the folks working in the service businesses the rest of us expect to be there. The clerk at the retail store, the coffee shop, the hardware store — you get the picture.

And finally, if your roof has a leak, usually, you fix it before it gets worse and you must replace the entire roof — which is more expensive. With Medicaid Expansion people will get the preventative care they need which will diminish the burden on our system caused by them waiting until their health gets so bad they go to an emergency room. Medicaid Expansion is just plain common sense: fiscally and humanly.

Shawn Keough, R-Sandpoint, has represented District 1 as state senator since 1996. Keough announced last year she would retire after this, her current term in office.