The Sandpoint rumor mill was at it again over the past week, with posts popping up on social media claiming that longtime beloved restaurant Dub’s Drive-In — best known for its burgers and ice cream — would soon be no more. The rumors were highly specific: that the location at 703 U.S. Highway 2 would be sold to the city “within two weeks,” the building torn down and replaced either with a parking lot or roundabout. 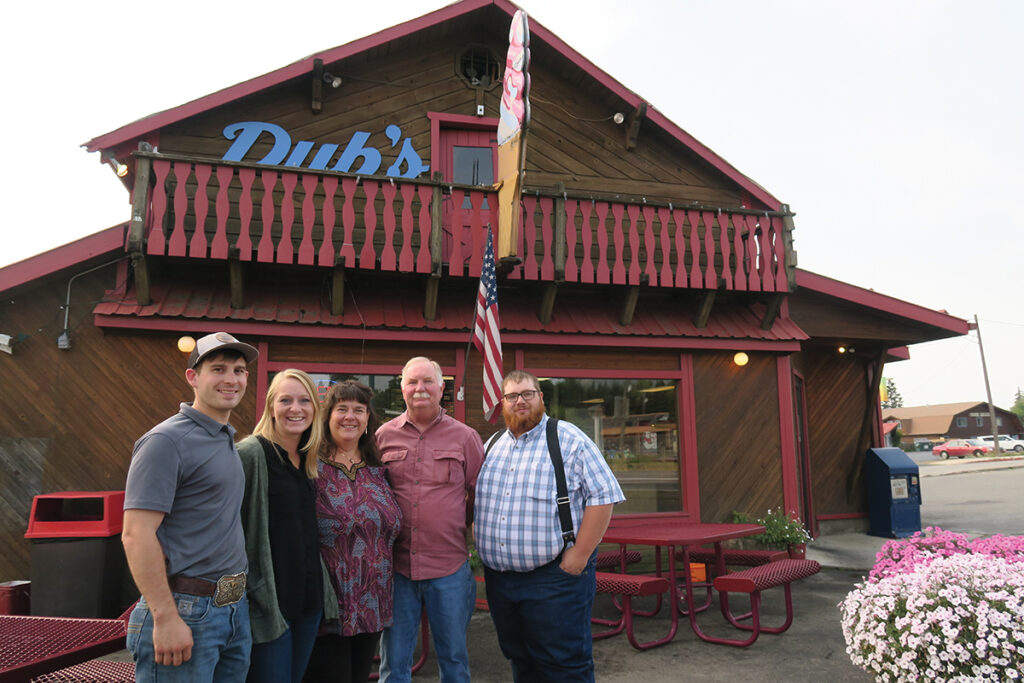 “Yes, there are a lot of rumors floating around about Dubs,” Sandpoint City Administrator Jennifer Stapleton told the Reader. “I can affirm that there is no timeline for sale of the property to the city and we would be required to hold a public hearing to consider acquisition of the property. At this time, we do not have a public hearing scheduled.”

Former owner Marty Mire, who operated Dub’s for 32 years, decided in 2020 that it was time to enter “semi-retirement” and hand the reins of the small-town diner to his daughter Kristi and son-in-law Austin Terrell.

Mire, like the Terrells, was proud to carry on the tradition, which actually began in the 1950s when the restaurant was founded as Dairy Delite. Later, Sandpoint Police Department veteran Dub Lewis took over, renaming it Dub’s.

Since then, generations of families have been Dub’s regulars, making it a favorite for post-game celebrations and a venerable after-school haunt for teens.

Austin Terrell said the rumors are just that: “Like most rumors, that rumor is not true.”

There are, however, some changes coming for Dub’s.

“Our family had an opportunity open up for us that we are going to take advantage of, but that will include putting Dub’s on hold for a bit,” Terrell told the Reader in a message that has since been posted to Facebook.

“As of right now, we are just planning on closing for the winter/slow months. I will be moving into that new opportunity and my father-in-law Marty (previous owner) has quite a bit of travel planned for this winter, so we decided to just take the winter off,” he added.

In the meantime, the doors at Dub’s will be closed temporarily beginning Saturday, Sept. 24.

“We plan to do some work at Dub’s and make a plan for the future of the restaurant over the winter and go from there,” Terrell said