The city of Sandpoint is aiming to boost the number of ways it can honor the achievements of its renowned native sons and daughters.

At last week’s City Council meeting, Sandpoint Historic Preservation Commission member Sue Graves detailed a new plan for honoring the “historically significant contributions to the community.” This could include anything from plaques and street signs to renaming parks or other public spaces in a person’s honor. Sandpoint City Council members approved the program with a unanimous vote last week. 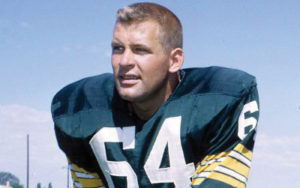 “As a result of recent requests, the first policy the Commission recommends is an honorary street sign program,” Graves said. “This policy provides a means to honor current and past Sandpoint residents, groups, organizations, events and sites that have made civic, charitable, educational, cultural or business contributions to this community by identifying a Sandpoint street or a portion of a street with the name of an honoree.”

To avoid inconveniencing residents, the honorific street name system will supplement, not replace, existing street names. That will prevent any confusion from out-of-date maps and remove the hassle of forcing residents to update address information.

As to who or what might be considered for the honor, Graves believes the commission struck a balance in their approach.

“We had considerable discussion trying to make it not too broad, yet not too limiting,” she said.

The first criteria for consideration is that the person or thing being honored contributed something of “known historic, geographic or cultural significance to the city.” Another qualifying factor might be an accomplishment of local, regional, national or international significance. A person with a distinguished career or notable humanitarian achievement while a resident of the city would be considered for the program. Likewise, a connection between the honoree and the street being renamed — the site of his or her former house, for instance — would add weight to the request. Finally, a clearly-defined record of local community or public service is another important factor in approval through the program.

“In addition, we recommend that the honorary street signs would be allowed for a maximum of five years and can be renewed with a new application,” Graves said.

In order to move their application forward, the nominating individual will have to prove that at least 50% of the property owners abutting the sign locations support the proposal. They will also be responsible for costs associated with their application, including any maintenance and the replacement of stolen or defaced signs. As for the signs themselves, they will be brown with white lettering, a style consistent with other local historic signage. The signs will be placed above or below the signs detailing the existing street name.

“We also felt that putting the word ‘honorary’ on the sign was important because it would help further differentiate from the existing street sign,” Graves said.

It remains to be seen who or what will be honored through the street sign program. In the past, community members have expressed support for honoring football hero Jerry Kramer, who grew up in Sandpoint and went on to a legendary 11-year career as a Green Bay Packers offensive lineman between 1958 and 1968. The two-time Super Bowl champion was inducted into the NFL Hall of Fame last year, an honor many sports commentators called long overdue.