Cheers to 15 years of MickDuff’s Brewing

Much has changed in the brewery business, but a commitment to experimentation has remained the same 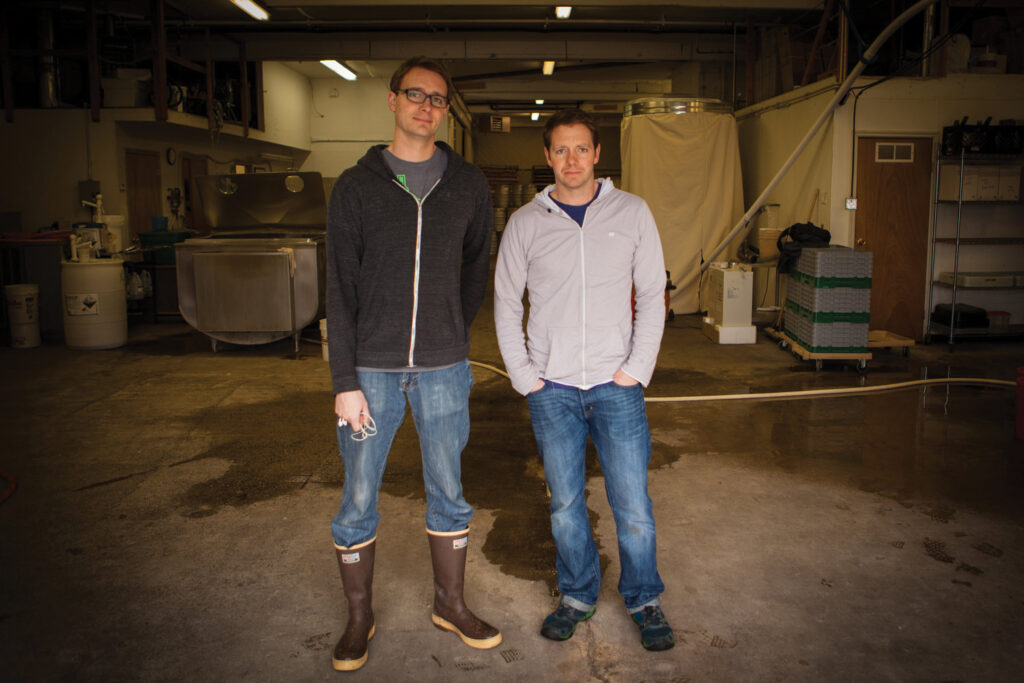 Today, in 2021, there are more than 8,000 breweries in the United State, more than 80 breweries in Idaho, four breweries in Bonner County and more on the way. Hops range in price from $6-$18 (some even go for more than $20 in the secondary market), while MickDuff’s pints now sell for $4-$6.5 out of more than 15 taps. Three of their original beers remain alongside another five standard year-round beers.

Other things that have changed since MickDuff’s opened in 2006 include both Mickey and Duffy getting married and starting families, they’ve brewed more than 200 different beers from more than 750 batches of beer (they lost count), moved a brewery, installed a new production brewery and two pilot breweries. Most recently, they purchased the old Sandpoint Federal Building — which in the past also served as the Sandpoint Post Office and library — in 2019 and conducted an extensive remodel so they could house their brewpub in a building rich in history and ready themselves for the next 15 years.

“[In 2006] We had a seven-barrel brewhouse, three fermenters and brewed just enough beer for our brewpub,” explained co-owner, Mickey Mahoney. “Now, we have a 20-barrel brewhouse, two locations and send roughly one third of our production out to local bars and restaurants who are nice enough to carry our beer.”

While the changes in the industry and the business since MickDuff’s first opened are aplenty, the values of their business and reasons why they opened in the first place have remained steadfast.

“Everything has changed and nothing has changed all at the same time,” said Carrera Swarm, general manager. “Our team has gotten stronger, we’ve retained a handful of employees from our 2006 opening and many team members with more than five years with the company. The pub is always striving for the absolute best experience with high quality, fresh and local (when available) ingredients, providing our guests with the freshest and tastiest menu. And one thing for sure hasn’t changed, Mickey and Duffy’s commitment to providing our employees, guests and community with an absolutely wonderful place to call your favorite restaurant, brewery and place of work/home.”

Making clean beer isn’t enough anymore — customers demand the new flavors and for MickDuff’s to push the limits of these new styles. The brewery is currently brewing beer with Norweigen landrace yeasts to bring new flavors to new and old styles alike. However, MickDuff’s is also pushing itself with classic lager styles like the current MickDuff’s LIGHT, a light lager featuring rice, and Ullr’s Amber, an amber vienna lager.

“There are more beer styles and beer drinkers have broadened their palates,” Mickey said. “In 2006, craft beer was less exciting, we rarely drank or even had beers such as sours, pastry stouts, milkshakes, hazy IPAs, India pale lagers, plus a boatload of others. In 2021, the more outrageous the beer is the more excitement it brings.” 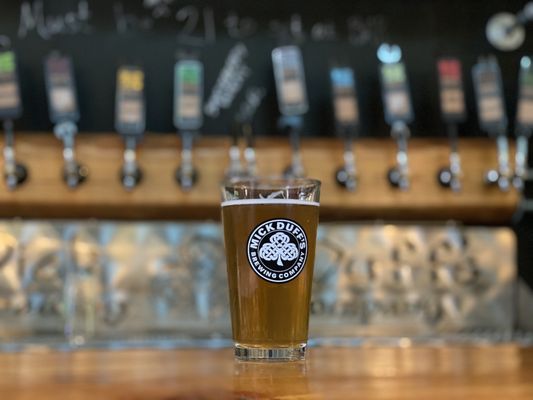 MickDuff’s hasn’t let the beer trends pass it by. The brewery was an early adopter of New England (Hazy) IPAs, plus you can almost guarantee there’s a milkshake and sour on tap whenever you visit its two locations. Hazy IPAs grew in popularity because they taste juicy and hoppy with typically restrained bitterness, compared to standard IPAs that are usually two to three times as bitter. Milkshakes are made from similar base recipes to the Hazy IPA but then are dosed with lactose, vanilla and all natural fruit purees to make a delectable dessert beer. The newest trend MickDuff’s has dived into is the Pastry Stouts category, and they’ve got the richest, thickest, mouth-watering pastry stouts. MickDuff’s Pastry Stouts are high-strength sweet stouts, featuring lactose, organic flavor extracts and occasionally abstract ingredients like marshmallows to make beers you truly have to experience.

These trends, as wild as they may be, are truly at the core of what brewers have always appreciated the most: experimentation.

Mack Deibel has worked for MickDuff’s off and on for 15 years, seven of which he’s served as Beer Hall manager/brewer. He is also a past-president and current vice president of the statewide Idaho Brewers United organization.

This article is first in a series contributed by local brewers. Look for the next installment in the April 1 edition of the Reader.