Campaigning by the retweet:

Is social media helping the political conversation or just making it dumber?

The Republican senator from Virginia was waist-deep in a narrow and heated campaign for his reelection against Democrat challenger Jim Webb. On Aug. 11, 2006, Webb called one of his opponent’s campaign volunteers, a man of Indian decent, “macaca.” Allen’s use of the term, commonly considered to be a racial slur, was captured on video and shared by countless users of social media platforms. The bad publicity was so widespread, it ultimately sealed Allen’s defeat. 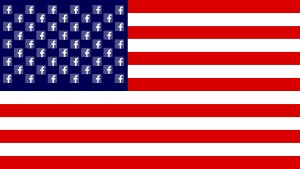 For Ferguson, now the communications director for the Idaho Democratic Party, the episode was the first time he fully appreciated the power of social media in politics. What was in 2006 an emerging platform is now, a decade later, one of the most powerful weapons in a politician’s arsenal.

“At the time, social media was so new, it’s taken a while for people to catch up and get expertise,” Ferguson said.

It doesn’t take long to find examples of social media’s place in politics—just take a look at the city election this week. Facebook was a cornerstone of both mayoral candidates Shelby Rognstad and Mose Dunkel’s campaigns. They used their campaign pages to coordinate volunteers, discuss campaign strategies and detail their stances.

These are useful and effective tools, especially in small races where campaign funds are in short supply. But in many other ways, social media’s influence has had a dark and discouraging influence on life and political discourse.

Like Ferguson, Idaho Republican Party Executive Director Dave Johnston has watched the rise of social media with interest. As far as Idaho politics are concerned, he believes the tipping point of the medium’s influence occurred in the 2010 elections and has grown ever since.

Social media provides a unique opportunity for a candidate to personalize him or herself in ways that feel authentic. After all, a Twitter response feels a lot more authentic and off-the-cuff than a carefully prepared interview or staged public appearance. But that authenticity disappears quickly if the candidate isn’t willing to invest the time personally.

Since everything about social media is public, Ferguson said the Democratic Party cautions its candidates to put their best foot forward. Even something as innocuous as a typo or grammar mistake can look bad.

“You have to think everything through,” Ferguson said. “Does that selfie of you at McDonald’s really send the right message?”

Even so, a web presence is too important to ignore, and Democratic Party officials connect candidates up with vendors that can design campaign websites at affordable prices.

However, social media accounts aren’t some kind of silver bullet solution for politicians, Johnston cautioned. Just because Facebook is effective with some voters doesn’t mean it will reach others. Idaho Republican Party officials caution candidates to not ignore more traditional communication forms.

“Just like in investing, you wouldn’t put all your eggs in one investment vehicle …  you wouldn’t want to put all efforts into one form of communication with voters,” Johnston said.

Facebook in particular is troublesome because there’s no guarantee posts will reach the target audience, he added. Paying an advertising fee to “boost” the post increases the likelihood of people seeing it, but even then, it’s easy for the message to get lost in the shuffle of constantly updating news feeds.

“It’s sort of like those very crowded business streets where there are so many signs for businesses that it all blurs,” Johnston said. “It’s difficult to cut through the noise and connect with people.”

The instantaneous quality of social media can spread information very quickly. But is it information you want to spread in the first place? Many believe this characteristic has dumbed down political discourse, encouraging pandering and grandstanding over nuanced and thoughtful conversation.

“We have all experienced those people who are brave behind a keyboard,” Johnston said. “Before, it used to be that an idea would get more developed before being shared. Now, the second an idea pops in someones head, they can post it on social media. So the maturity of the conversation has definitely decreased.”

It’s also notorious for spreading inaccurate information. The ability to customize the media you see creates for many an echo chamber effect that limits exposure to challenging or contrary ideas, Ferguson said. And if a person agrees with the essence of an article, video clip or meme, they’re often less than diligent in fact-checking it. The silver lining is that if bogus information spreads quickly, it can be corrected just as fast.

“This can even be an opportunity to start a conversation,” Ferguson said.

Idaho Sen. Shawn Keough, R-Sandpoint, said she tries to direct conversation on both her official political Facebook page and her personal account in productive directions. She isn’t afraid to use editor’s privileges when the conversation gets out of hand.

“I utilize the delete function on those comments where the commenter is not interested in two-way and constructive discussion,” she said. “In very rare instances I have blocked people from being able to access my pages.”

Inaccurate information and dumbed-down conversations are one thing, but the impulsive quality of social media posting can be downright dangerous in the right circumstances. Immediately following the Boston Marathon bombing, for instance, users of the popular discussion forum Reddit wrongly accused an innocent man of being the perpetrator. And following the shooting of Trayvon Martin by George Zimmerman, film director Spike Lee famously tweeted an address he thought belonged to Zimmerman. The only problem: It was the wrong address, and the elderly couple who lived there received threats and harassment.

That kind of ugly behavior, somehow mentally justified in a fit of political self-righteousness, is alive and well in Idaho politics. Politicians and activists of all ideological stripes have faced abuse from those who disagree with them, including Keough. She’s received threats of physical violence through social media channels.

“On the whole, I believe that social media is a positive addition to political discussion and accessibility to elected officials and the political process,” Keough said. “My hope is that the level of civility will rise, not only on social media but across the spectrum of communications.”

Ferguson has the same hope. He believes reason and level-headedness have a way of winning out, and that’s still the case even at the speed of the social network.

“I think, especially in person-to-person conversations, the people who are yelling the loudest lose listeners,” he said.