A couple of Bonner County bridges are slated for facelifts in coming years after commissioners voted unanimously Sept. 20 to move forward with securing state funding meant to improve at least one-third of county-maintained bridges across Idaho currently considered in poor condition. 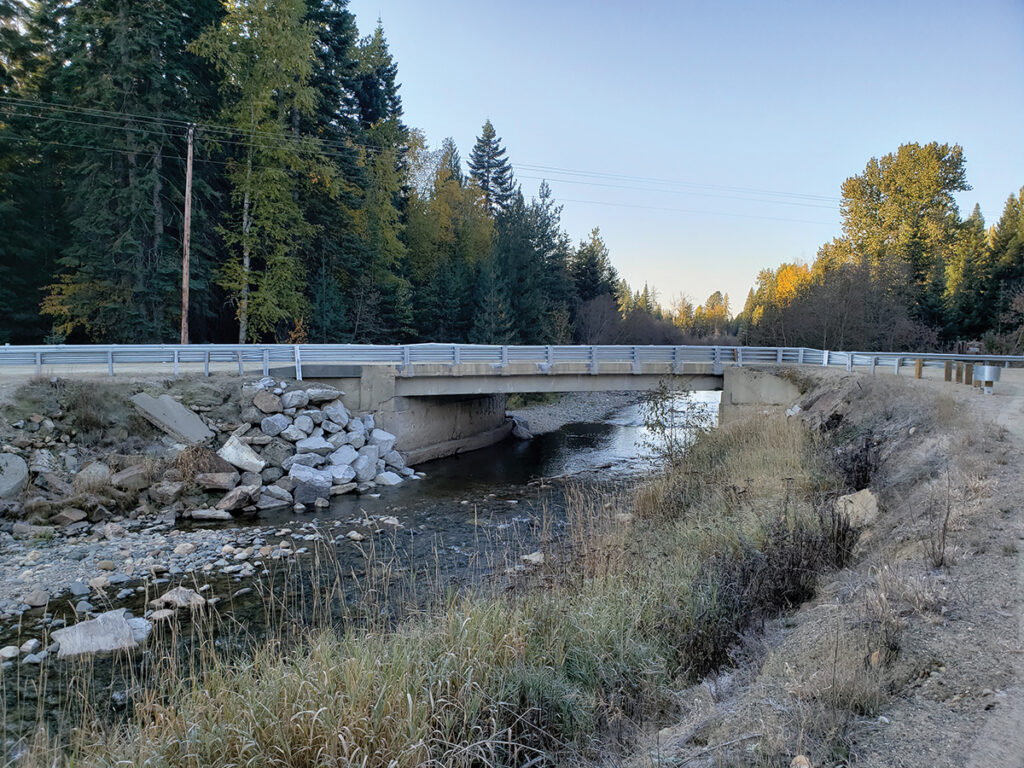 Bonner County Road and Bridge Staff Engineer Matt Mulder submitted applications in May for five bridges to receive improvements through the state-run Leading Idaho Local Bridge Program, which stems from $200 million in surplus funds and is being administered by the Local Highway Technical Assistance Council.

“Bonner County submitted five applications for bridges to be considered for this program, and the Grouse Creek Road Bridge over Grouse Creek was one of the two bridges selected for the first round of funding,” Mulder said, noting in an email to the Reader following the commissioners’ meeting that the second application approved was for the Colburn Culver Road Bridge, also over Grouse Creek.

According to the agreement signed by the county and LHTAC, the Grouse Creek Road Bridge will be entirely replaced. Not all five bridges for which Mulder submitted applications will need full replacements, though.

“Some of these only need repairs,” he told commissioners in May. “Some of them could potentially be replaced completely. Ultimately, those decisions will be made through the process as LHTAC figures out how to most economically spend these funds and get the most bang for the buck.”

The Leading Idaho Local Bridge Program requires no financial match from Bonner County, as the state will foot the bill for all selected bridge repairs.

“This bridge has been on our list for a while,” Commissioner Dan McDonald said Sept. 20. “I don’t want to talk about the Rapid Lightning Bridge.”

“Not yet,” added Commissioner Jeff Connolly, hinting at possible future approval from LHTAC to replace that bridge in an upcoming round of funding. Rapid Lightning Bridge No. 4 over Rapid Lightning Creek is among the five bridges Mulder nominated for the Leading Idaho Local Bridge Program.

While a timeline for work under the program remains unclear, Mulder told the Reader that LHTAC is likely to award design contracts to engineering firms “quickly,” but then “things are going to move at a slower pace as design of dozens of bridge repairs and replacements takes considerable amounts of time — especially with all of the environmental permitting that will likely be required on many of the projects.”

“I wouldn’t expect construction to start earlier than 2024,” he said, “and potentially several years later than that.”