A recent study places Bonner County among the highest rates in the nation for parents opting kindergarten-age children out of vaccinations. 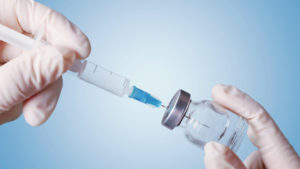 According to Idaho Education News, vaccination rates below 90 percent are of particular concern to public health agencies. That’s because a 90-percent rate is the medically-accepted level at which herd immunity provides community-wide protection. Because diseases cannot establish a foothold to incubate and spread, both the vaccinated and unvaccinated, some of whom remain so by medical necessity, are protected.

Altogether, Idaho has a vaccination exemption rate of 6.2 percent, one of the highest in the nation. In addition to allowing for medical exemptions, Idaho also permits religious- and philosophical-based exemptions, which contribute to the higher figures. According to Idaho Education News, the submission of a two-page form is the only requirement to declare an exemption.