Avista and Hydro One kill merger after utility commission denial

Avista and Hydro One announced last week that the two companies have made a “mutual decision” to end their proposed merger. 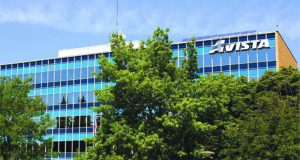 The news comes after the Washington Utilities and Transportation Commission and the Idaho Public Utilities Commission denied the transaction, citing the Ontario government’s deep involvement in Hydro One’s operations, among other reasons.

The Idaho PUC pointed out in its official order, released Jan. 3, that Ontario owns 47 percent of Hydro One’s shares. No other shareholder is allowed to own more than 10 percent.

“Practically speaking, no one other than the Province can have a substantial influence on corporate affairs,” the order reads.

The order also made note of public comments obtained at three public hearings in northern Idaho, the majority of which were against the merger.

“Given the number of people who testified and commented, and the broad scope of their testimonies and comments, it is impractical for us to enumerate every concern or thought expressed,” the Idaho PUC said. “However, the general nature of the public testimony and comments expressed concern over foreign ownership, foreign government control of the company, increased rates and negative service quality impacts.”

The utility companies needed approval from state regulatory commissions in Idaho, Oregon, Montana, Alaska and Washington in order to move forward with the merger. The Montana and Alaska commissions issued approval during the summer of 2018. Washington denied the merger in December, with Idaho following suit this month.

“So, for all of Avista’s stakeholders, it remains business as usual,” Avista said in an email announcement to customers Friday. “As we pivot from the planned transaction, we look forward to continuing to build on our nearly 130-year history as an independent regional utility serving the Pacific Northwest.”