Like Jessica James, the protagonist of her mystery series, Kelly Oliver is a woman of many talents.

A professor of philosophy at Vanderbilt University, Oliver has built a career teaching students, conducting research and writing nonfiction books. In the past few years, however, she’s made time to dive into another world, one filled with danger, corruption, mystery and female camaraderie. The result is the “Jessica James Mystery” series. Sandpoint readers can get an early taste of the latest novel, “Coyote,” when Oliver hosts a book signing at the Corner Bookstore Saturday, Aug. 6, from 1-2:30 p.m. 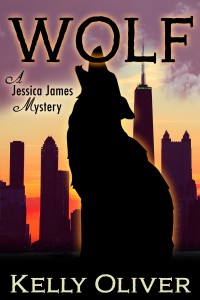 Herself a native of the Inland Northwest, Oliver has deep ties to Bonner County through her parents, who still live here. Raised in the beauty of Montana, Idaho and Washington, she developed a deep appreciation for the lifestyles and cultures of the Northwest.

“The area is really close to my heart,” Oliver said. “It’s in my blood, so I try to come back here as much as I can.”

These traits found their way into the character of Jessica James, a bright and headstrong philosophy grad student with “more wit than grace,” as Oliver describes her. A Montana cowgirl who finds herself in the decidedly different culture of academia, James’ natural curiosity routinely lands her into trouble.

Oliver is no stranger to female characters in fiction. One of her non-fiction books, “Hunting Girls: Sexual Violence From The Hunger Games to Campus Rape,” explores popular female protagonists like Katniss Everdeen of “The Hunger Games” or Bella Swan of “Twilight” in the context of modern issues like sexual violence. When shaping her own female protagonist, she found many admirable qualities in the women of pop fiction but wanted to see larger casts of diverse female characters support and complement one another.

“The idea is to develop different types of women that show a lot of variety in their interests but work together,” Oliver said.

As one might expect, James’ background as a philosophy student allows Oliver to inject the occasional tidbit about this philosopher or that school of thinking. It also informs the deeper themes of the novel. While the Jessica James stories are designed as page-turning mysteries, the plots also reflect the many philosophical questions Oliver has pondered over her career, including ethics in animal rights, environmental responsibility and more. Story elements like date rape, corporate malfeasance and more all spring from her work as a philosopher.

The most recent book, “Coyote,” finds Jessica James moving back to Montana, where she is dragged into the fight against oil interests by her roommate, Blackfoot Tribe member Kimi RedFox. In the fight against frackers, the pair encounter a web of sex trafficking, prostitution rings and murder.

Sandpoint residents can purchase an advance copy of “Coyote” at Oliver’s signing at the Corner Bookstore Saturday, Aug. 6, from 1-2:30 p.m.