Science-fiction — at least good science-fiction — confounds our present understanding of ourselves. Far from laser battles and the wonky speculative theory of interstellar travel, the true masterpieces of the genre unsettle the structures of humdrum life by injecting them with the seeming-magic of high technology.

In the vein of Philip K. Dick, the Amazon Prime original series Tales from the Loop is an eight-episode rumination on damn near every human emotion and experience, tugging on the tattered existential strands of mortal life and reweaving their warp and weft into an achingly beautiful tapestry of love, loss and yearning — all shot through with a side-eyed nostalgia for a past, and future, that has never existed. Or has it?

If all that sounds a little high-minded it’s because it is. It’s like Stranger Things for people who are old enough to spend a considerable chunk of their time contemplating their own ephemerality. 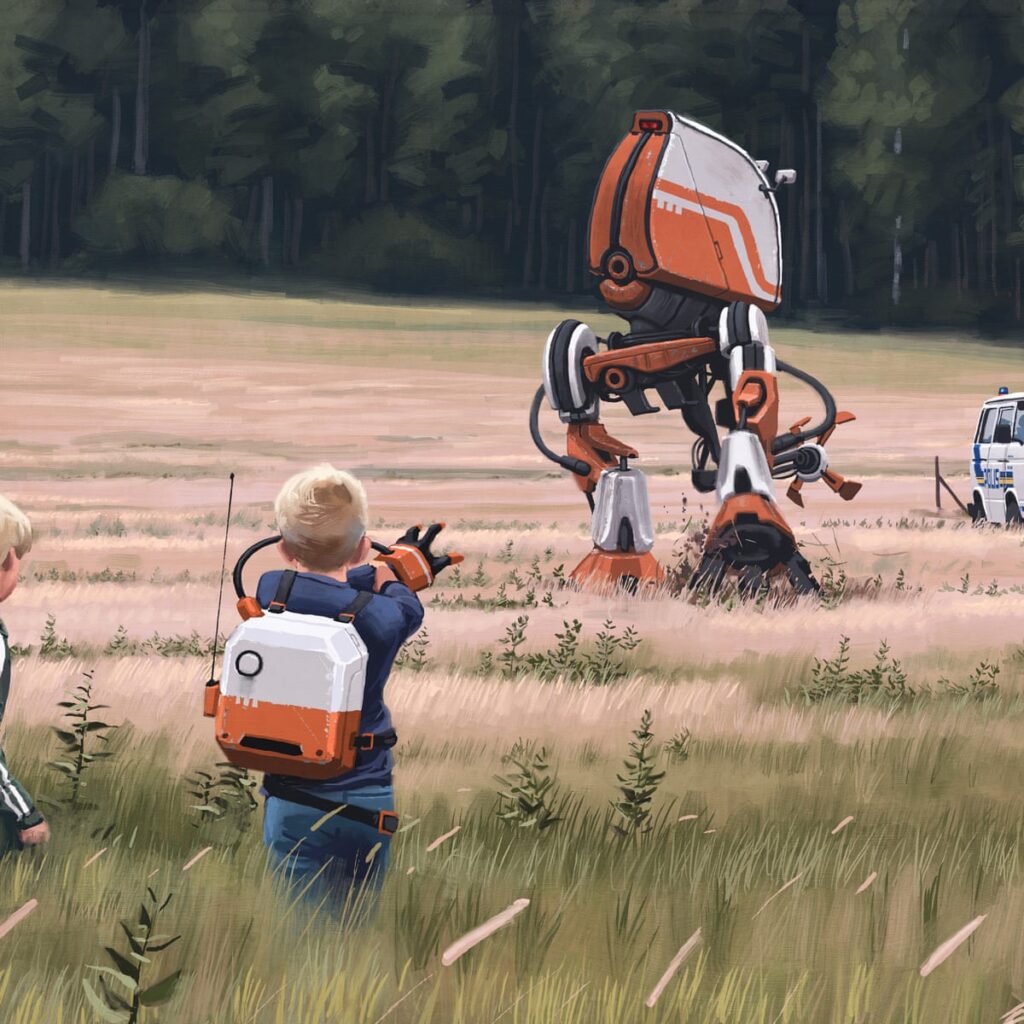 A screenshot from ‘Tales from the Loop.’ Courtesy image.

Every loosely connected episode presents a storyline in which individuals in the fictional town of Mercer, Ohio, confront the profundity of their individual existence as influenced by the mysterious work put out by a subterranean research facility called the Mercer Center for Experimental Physics, a.k.a. “The Loop.”

Based on an art book by Swedish artist Simon Stålenhag, the series immediately transports viewers into a world where the commonplace exists — almost always uneasily — side by side with the fantastical. Yet the evocative, frequently painterly, visual world of Mercer is no futurist panacea. Rather, it’s rundown and tired; rust-bucket robots and devices of mystical-seeming power moulder in the pine barrens like junkyard cast-offs. Meanwhile, the 30- and 40-something scientists, living in vaguely 1970s-ish suburban homes, dutifully disappear into the periwinkle-blue, weather-stained concrete facility that delivers them to the secret bowels of The Loop.

The kids in the town are the real focal points of the show, as they navigate adolescence while knowing their parents and assorted elders are doing something underground. That said, there is very little malice in the show — it’s not as if The Loop is an Area 51; rather, the subtle insinuation is that the powers-that-be are working on something gorgeous yet, like life, inherently dangerous.

There’s a wise, weary, lonely-lovely sadness to everything in Mercer, perhaps best evoking the feeling of half-scared wonder that children have for the seemingly inscrutable existence of their parents, whose handle on the secrets of the universe seem equal parts inviting and repellant.

For the adults, coming to peace with the simultaneous impermanence and timelessness of life spins at the core of the show like a certain object that watchers will come to understand as both a physical part of the story and its central metaphor.

As such, after the first couple of episodes, a viewer might wonder if the good intentions of the science happening in The Loop would be better left on the drawing board.

Fans of think-y sci-fi that tweaks conventions of narrative time — i.e., HBO’s WestWorld — and dig psychic furrows into the field of techno-existential philosophy will find themselves drawn fully into Tales from the Loop. If you’re looking for lasers and warp drives, look elsewhere.