For activist Leonard Higgins, taking action against the threat of climate change is worth risking prison time.

That’s an outcome he and nine other activists may very well face after their coordinated Oct. 11 effort to shut down five oil pipelines. Higgins and his collaborators, who operate under the group Climate Direct Action, are branded eco-terrorists by their harshest critics, but they see their methods as a necessary and appropriate reaction to the threat of climate change.

“It’s so much easier for me to take the action that I did than to feel helpless, that there’s nothing I can do,” he said. 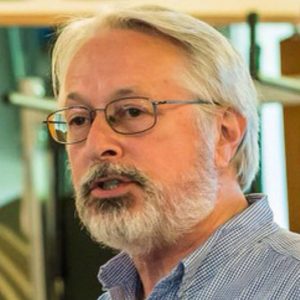 Leonard Higgins is facing a possible prison sentence for shutting down a tar sands oil pipeline in Montana. Courtesy photo.

Soft-spoken with a grandfatherly demeanor, Higgins, 64, isn’t the personality one might expect in the world of firebrand activism. After a 31-year-career working on budgets, contracts and information technology projects for the state of Oregon, Higgins was drawn to climate issues. During a two-day blockade of oil trains in Anacortes, Wash., for the Break Free campaign in May, Higgins found himself camped out with nearly 1,000 other activists.

“That brought a lot of us together, where we shared our frustrations [about climate inaction,]” Higgins said.

Higgins and like-minded individuals reasoned that a dramatic and forceful statement was necessary to motivate the public into action. They eventually struck upon an idea: What if they could prove in court that a coordinated shut-down of tar sands oil was a necessary emergency action against climate change? The #ShutItDown campaign began to take shape.

After months of planning, the moment of truth arrived on Tuesday, Oct. 11. Along with fellow activist Reed Ingalls, Higgins drove to the Express Pipeline near Coal Banks Landing, Mont. Meanwhile, similar teams were mobilizing at four other pipelines in Minnesota, North Dakota and Washington.

After arriving at the pipeline, Higgins and Ingalls waited until the scheduled time neared. They called pipeline owner Spectra Energy, explaining that they were preparing to shut the vessel down as an emergency measure. Then Higgins broke into the fencing surrounding the site, snapped the chain on the emergency shut-down valve and deactivated the flow of oil through the pipeline. After the deed was done, he waited for law enforcement to arrive.

According to Higgins, they planned to give themselves a 15-minute buffer before Chouteau County sheriff deputies arrived. It turned out to be an hour-and-a-half wait before he was arrested and transported to jail. Law enforcement initially let Ingalls go, only to arrest him later that evening.

As a part of the shutdown campaign, Climate Direct Action urged President Barack Obama to enact an emergency shutdown of tar sands pipelines. They also coordinated with popular news radio program “Democracy Now!” to get the message out about their actions.

According to Climate Direct Action, the operation resulted in the shutdown of tar sands crude oil for nearly a day. Higgins’ target, the 786-mile Express Pipeline, transports up to 280,000 barrels of crude tar sands oil per day from Hardisty, Alberta, to Casper, Wyo. Spectra Energy spokesperson Creighton Welch issued a media statement calling the shutdown a reckless action.

“Tampering with energy infrastructure places both the community and the environment at risk,” Creighton said in a statement. “The pipeline provides a vital source of affordable, reliable energy to fuel the everyday lives of Americans.”

The shutdown itself was only the first stage of Climate Direct Action’s campaign; the next will play itself out in courtrooms as the nine activists face criminal charges. Their aim is to prove in a jury trial that their actions were a rational and necessary response to the threat of climate change.

“We were very careful in crafting our action to make sure it was safe and companies were aware of our intentions,” he said.

On Saturday, Higgins shared his story with Sandpoint residents in a Saturday afternoon meeting. Three days later, he was at the Chouteau County courthouse, where he was arraigned on charges of misdemeanor criminal trespass and felony criminal mischief. He faces a maximum 10 years in prison and up to a $50,000 fine.

“I was compelled to take action because lives are already being lost to climate change, and there is an imminent threat to the lives of our children and our community,” he said in a live Facebook video following his arraignment.

The possibility of incarceration—which for older activists likely means dying in prison—is very real, but Higgins sees it as a worthwhile risk to spur climate change action.

“Ten years in prison is not comparable to the threat of the extinction of species and the loss of livelihood for our children and grandchildren,” Higgins said.

What’s more, Higgins believes someone needs to make a bold statement on global warming before the broader public takes notice.

“I think it’s when the people who are putting themselves on the line actually suffer the consequences of their actions that it turns the mass of public opinion,” he said.

Perhaps Higgins’ hoped-for public energizing is at hand. For months, the Dakota Access Pipeline has inflamed public and drew large crowds to the Standing Rock protest, where opponents decried its threat to water quality, its environmental risks and its alleged violation of U.S.-Native American treaties. This week, the Army Corps of Engineers announced it denied an easement for the pipeline along its planned route.

Many Sandpoint residents reacted in horror along with the rest of the world to harsh law enforcement containment tactics against protesters. On Sunday, locals gathered at the Gardenia Center in a show of solidarity for Standing Rock.

“A nice full house it was,” said organizer Casey Calhoun.

“It was a very well rounded crowd from babies to youth to elders, men and women,” she added.

Higgins also takes heart from a group of 21 children and young adults who are suing the federal government, arguing that climate change inaction is a violation of their constitutional rights. Last month, U.S. District Court Judge Ann Aiken ruled in their favor and denied the government’s motion to dismiss the lawsuit.

Higgins believes stories like these are cause for hope. And it’s a hope he holds close, even as he faces a possible prison sentence.

“The thing is, we already have a sentence hanging over our heads that’s worse than [prison,]” he said.