A general overview of the general election

Early voting is open at the Bonner County Administration Building from now through Friday, Nov. 4 at 5 p.m., after which those participating in local democracy must wait until polling places open at 8 a.m. on Tuesday, Nov. 8. 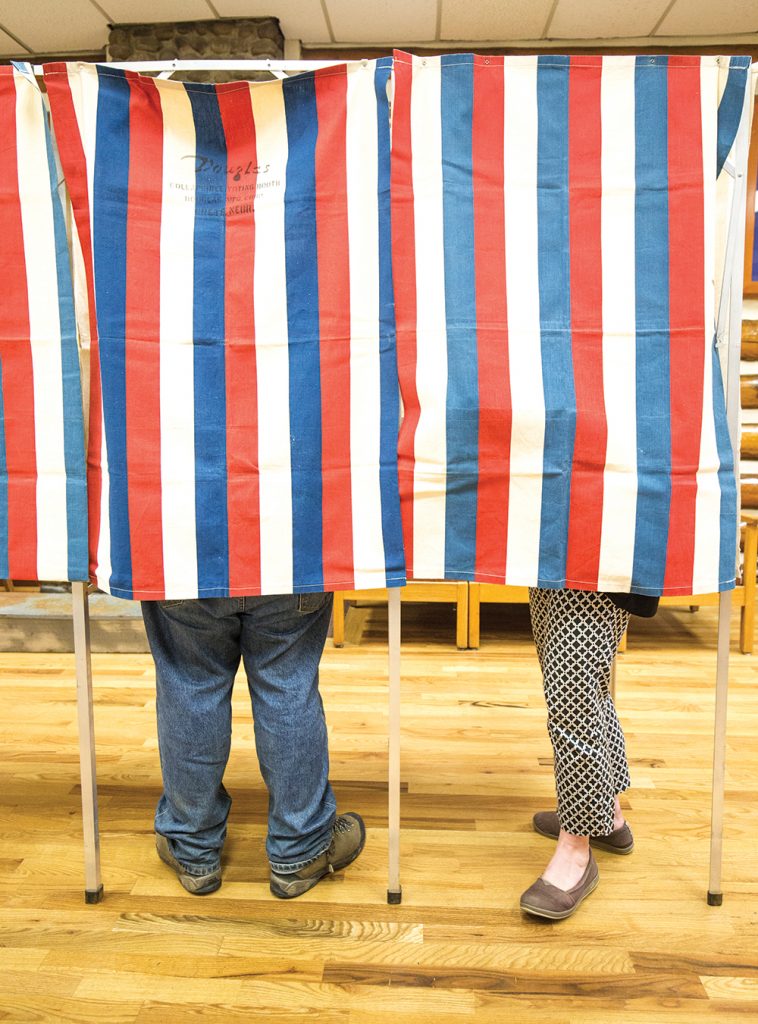 Voting locations haven’t changed since the May primary, and all polling places will close at 8 p.m. Voters can register at their polling place on Election Day.

Unlike the May primary, during which every Idaho party but the Democrats held a closed election, voters in the general election will see candidates from every party on the ballot. For statewide races, voters will have the chance to elect a United States senator and representative, as well as a governor, lieutenant governor, secretary of state, state controller, state treasurer, attorney general and superintendent of public instruction.

Statewide, voters will also be able to decide whether to approve an amendment to the Idaho constitution — SJR 102 — that would enable the Legislature to call itself into session. Currently, only the governor holds that power.

Also on every Idahoan’s ballot will be an advisory question asking voters to approve or disapprove of “refund[ing]” $500 million of budget surplus to taxpayers, cutting income taxes by $150 million and increasing education funding by $410 million.

On the ballot, the District 1 state senator contest will feature only the name of Republican nominee Scott Herndon, while independent Steve Johnson has filed as a write-in candidate for that race.

Only a couple of southern Bonner County precincts will vote for District 2 legislators. The races for state senator and representative Seat A are sought unopposed by Republican nominees Phil Hart and Heather Scott, respectively, while voters have a choice of either libertarian Jennifer Ann Luoma, Democrat Tim Stroschein or Republican Dale Hawkins for the state representative Seat B position.

Voters in both Districts 1 and 2 will be asked whether District Court Judge Lori Meulenberg should be retained in office.

Voters in the city of Sandpoint will also have the chance to vote in favor or against a ballot measure increasing the city’s local option non-property tax — targeted at tourist lodging — from 7% to 14% and extending it through the year 2035. Income from the tax currently funds public safety, parks and other capital improvements, while the proposed increase would also be intended for roadways, pedestrian safety and stormwater infrastructure projects, to name a few.

While the May primary saw considerable partisan buzz and reports of alleged electioneering on Election Day, the number of unopposed local races could signal a quieter environment during the general election. Still, Bonner County Clerk Mike Rosedale told the Reader that people should remember that state statute dictates that campaigning activities cease 100 feet from the polling location.

“Please remember, we are neighbors the day after the election,” Rosedale said. “They’re your neighbors, they’re your co-workers. You can get your message out, but please do it in a civil way.”

To see sample ballots, a list of polling places and more information regarding the Tuesday, Nov. 8 election, head to bonnercountyid.gov/elections.