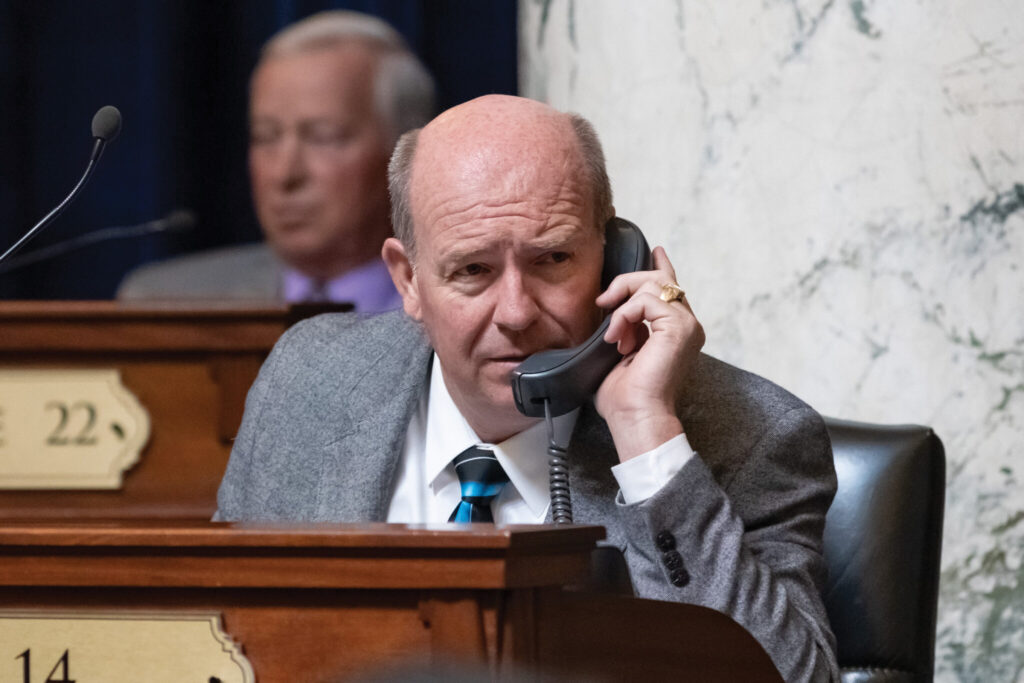 If signed into law, House Bill 436 would provide $350 million in income tax rebates to Idaho income taxpayers this year and spend $251 million annually to reduce individual and corporate income tax rates beginning in 2023.

Republicans who guided the bill through its committee hearing said the state has a once-in-a-lifetime opportunity to use the projected $1.9 billion surplus to cut taxes and provide some of the largest investments in education and transportation funding in Idaho history.

“It’s helpful to all Idahoans,” said House Majority Leader Mike Moyle, R-Star, who is one of the bill’s sponsors. “Every Idahoan benefits from this bill. I want to emphasize that.“

Moyle said the state has enough revenue and surplus to cut taxes and invest in education and transportation.

During a 75-minute public hearing Jan. 18 at the Idaho State Capitol in Boise, several influential organizations and advocacy groups came out in support of the bill, including Associated Taxpayers of Idaho, the Idaho Chamber Alliance (a small business federation), the Idaho Association of Commerce and Industry and the Idaho Freedom Foundation.

On the other hand, individual Idaho residents who testified on the bill opposed it, saying legislators should focus on investing even more of the surplus and increased revenue in education and transportation while reducing property tax rates or repealing the sales tax on groceries.

Kathy Dawes, a Latah County resident and retired teacher, testified remotely over Zoom, where she said the surplus is a result of underfunding education. She also said cutting income tax rates for people and corporations would benefit the people who need it least.

“Instead of tax cuts, please use our taxes to ‘establish and maintain a general uniform and thorough system of free public schools,’” Dawes said, quoting the Idaho Constitution.

Two Democrats and one hard-line conservative serving on the committee suggested the Legislature would do more to help regular working Idahoans if they focused on addressing property tax rates or even the sales tax on groceries.

“As we heard from the constituents who testified today, this is not what they want to see us do with the dollars we have sitting on the bottom line,” Rep. Lauren Necochea, D-Boise, said. “There is much more interest in repealing the sales tax on groceries or allocating those dollars and using them to buy-down the impact on property taxes in some way. This is not the priority of Idahoans, and it is just too lopsided.”

The bill includes both one-time and ongoing costs.

• The $350 million in one-time rebates would be sent out in 2022 and paid for out of the state’s budget surplus.

• Reducing the top income tax rates to 6% and reducing the number of individual income tax brackets from five to four would cost $251 million per year, beginning in fiscal year 2023. Of that $251 million, $94 million would come from the tax relief fund, which is made up of money collected from sales tax paid on online purchases. The remaining $157 million would come out of the state general fund.

Miguel Legarreta, president of Associated Taxpayers of Idaho, testified that the bill’s passage would reduce the taxes of a hypothetical married couple in Idaho with two children who are making $110,676 with a taxable income of $84,976 by about $962. Legarreta said that breaks down as $582 via the one-time rebate and $384 ongoing.

House Bill 436 heads next to the House floor with a recommendation it passes. The Idaho House of Representatives could call the bill up for a floor vote as early as this week. If the bill passes on the House floor, it would head to the Idaho Senate and be routed to a committee to repeat the process that started in the Idaho House.

If signed into law by Idaho Gov. Brad Little, the new tax rates to the bill would be retroactive to Jan. 1, 2022.