August saw North Idaho’s fire danger elevated to “Very High,” as well as a number of lightning storms igniting fires throughout the panhandle — a handful of which continue to burn. While none of these blazes are located in Bonner County, locals may notice smoke coming into the area as fire crews continue to work toward containment. 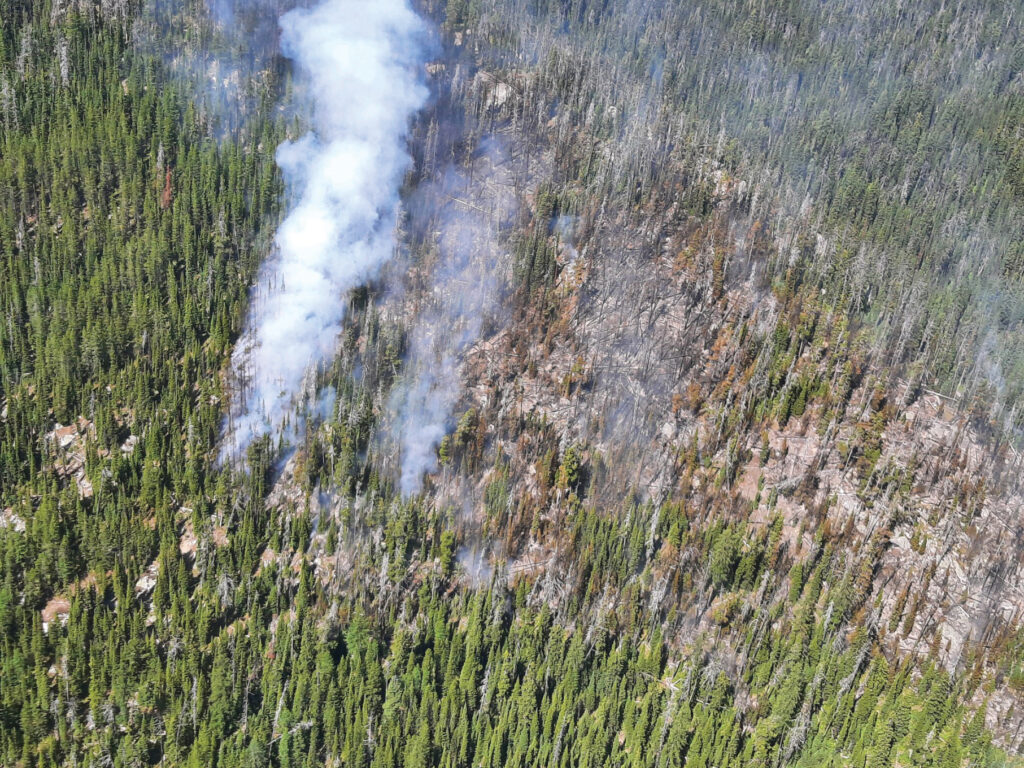 The longest burning of these fires is the Diamond Watch Fire, located a little more than five miles from Nordman in Pend Oreille County. Started by lightning on July 14, the Diamond Watch Fire was reported Aug. 30 to be 835 acres and 44% contained. According to a media release from the Idaho Panhandle National Forests, firefighters used heavy equipment to complete containment lines on the west, south and east sides of the blaze as Diamond Creek continues to act as a natural containment line in the north.

Containment tactics remain the focal point of the Diamond Watch Fire as the burning terrain is too dangerous for fire personnel to attack directly.

While there are currently no evacuations ordered surrounding this fire, Forest Service Roads 311, 308 and 1362H are currently closed, as well as Petit Lake and its associated dispersed campsites.

Another grouping of nearby fires is in the Bonners Ferry Ranger District in Boundary County, where the Eneas Peak (816 acres), Trout (21 acres) and Russell Mountain (123 acres) fires all increased in size early in the week due to dry, hot weather.

While these local fires were caused by lightning, most wildfires are actually the result of human negligence — something that fire officials hope recreationists will keep in mind as the Labor Day weekend approaches.

According to the National Interagency Fire Center in Boise, there were about 6,300 lightning-caused wildfires nationwide in 2021, compared to about 52,000 wildfires caused by humans.

While campfires are currently allowed on public lands, USFS officials ask visitors to have a shovel, ax and bucket of water on hand. Also learn where there may already be fires burning by visiting inciweb.nwcg.gov or calling the IPNF fire information hotline at 208-557-8813.

Area residents are encouraged to visit nixle.com or text their zip code to 888777 to sign up for emergency alerts related to fires, evacuations and other public safety issues. Those wishing to monitor possible smoke impacts in the region should go to fire.airnow.gov.