Voices in the Wilderness: Getting lost in familiar places

In September of 1960, my husband and I, with our two baby boys, moved to a ranch on Lightning Creek Road. My husband got us settled and returned to California to sell our business there. My new neighbors, Paul and Mary Jane Gabriel, took me under their wing to introduce a city girl to life in the country. Mrs. Gabriel taught me to milk the cow and tend the one chicken. When Thanksgiving came along, their daughter, Anna came home from boarding school and we became fast friends. 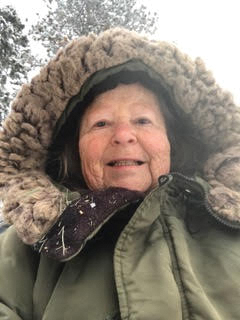 On a lovely fall afternoon, just a few weeks after I had arrived, Anna and I decided to hike up Scotchman Peak. We left from our homes at the base. Mrs. Gabriel said she’d take care of the boys. I insisted on taking Wotan, my pet Doberman. I was clearly very green to country life.

Off we went. Anna pointed out the landmarks below, which totally captivated me. They still do. Wotan caught a scent and off he went up the mountain. As we continued uphill, we knew it was getting later and the days were getting shorter, something I’d never before had to consider. I called Wotan over and over but no dog came running. So, off we went to find him. Up and up we hiked: calling, wishing, worrying.

We sat down on a big rock to consider our options. Searching for Wotan had taken us off the trail. It was getting chilly and we were just wearing sweatshirts. It was then that we realized our rock was actually part of a cliff! Finally, Wotan sauntered up, looking at us expectantly. “Is it time for dinner?”

We sat on our rock and looked down at both of our houses. We watched the cars drive from one house to the other and back. No doubt, they were wondering: “Where are the girls?”

We knew exactly where we were, but how to get off the cliff in the failing light eluded us. We tried to snuggle with the dog. Anna’s long-haired collie would have been a much better choice than my Doberman.

We sat, muttering a bit. Time dragged on and it was getting colder and downright dark. “Look! Was that a light?” We searched to see it again but there was nothing. Still, we knew her dad would be out looking for us.

Staring into the dark we saw a twinkle again, this time we could hear him calling, but from a long way away. We called back and slowly, steadily, the light and his voice came closer. We could hardly see his outline with a kerosene lamp. Kerosene lamps are not bright. We must have been like excited puppies when he reached out to us and led us down the mountainside to warmth, homes, and two little boys snug in bed at the Gabriels’.

Sixty-two years later, I recall my introduction to “wilderness” as a time where I learned that you can be “lost” even when you know right where you are! That is the beauty of having a truly wild place like the Scotchman Peaks as your backyard. This experience, along with many more unexpectedly wild adventures, has made our ranch on Lightning Creek Road a wonderful place to call home.

Diane Newcomer dreamed of farming at 10 after spending a weekend on a small farm. At 22, she and her husband moved to Idaho to do just that. She raised her seven children on the ranch and has served the community in many ways since 1970.

Voices in the Wilderness is a storytelling project by Friends of Scotchman Peaks Wilderness. The series of wild stories are written by locals living in North Idaho and northwest Montana. If you have an adventurous tale to tell based in the wild, write to [email protected] for guidelines or just send it along.

Tags: diane newcomeroutdoorsvoices in the wilderness