Editor’s Note: Since gubernatorial candidate Raul Labrador didn’t follow through to our interview request, we are moving onto the U.S. Representative race. It’s a packed race, so we’re just focusing on candidates that have actively campaigned in North Idaho. Russ Fulcher recently took the time to visit the Reader office to talk about the issues, so we’ll begin with him.

SR: Thanks for sitting down with us, Russ. What have you been focusing your efforts on during your visit to North Idaho? 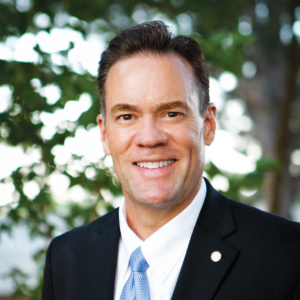 RF: We’ve got a network of volunteers as part of our overall campaign organization. … So first and foremost is to meet with them and give them an update on campaign strategy … and from a managerial standpoint find out where the needs are.

Secondly, I’m making sure I have the right intel on what’s important. Unless you’re on the ground in the region, you might assume what the big issues are. You’ve got to know a local. … So I get tuned up and educated on some of the local stuff: the Scotchman Peaks and the smelter. If you’re further down south you don’t get exposed to those issues a lot.

Thirdly, I’m just trying to meet as many people as I can. … It’s part of the campaign — you’re out selling yourself, so that’s what we’re doing.

SR: Let’s talk about the issues. What are some of the most important you’ve encountered as you’ve been campaigning?

RF: Probably the two most prolific on a district-wide basis … are health care and immigration. You also have the tax issue that is still fresh on people’s minds with the Trump agenda and tax reforms.

SR: And how do you think those big national issues circle back to affect Idaho?

RF: I learned recently that there’s been a pretty focused discussion on refugee resettlement in the region. That has been an ongoing issue further south for a long time. Twin Falls has been ground zero on that issue in Idaho. Immigration is the lynchpin in what’s going on literally right now in the federal government with the government shutdown where DACA is kind of the hostage that is responsible for that hold up.

One of the things that has been a mission on this trip is to run past people locally, “OK, here is the compromise that is on the table. Good thing? Bad thing?” For the most part, people think it’s a good thing, and that seems to be a little bit uniform across the state. … But there’s some concern that some of the federal resettlement structure could be directed north, and I’ve been getting feedback on that for all the reasons you might think.

SR: You know, we haven’t heard any confirmation that refugee resettlement is actually being considered for this region. But it certainly seems to be a mobilizing issue for people here, especially on the conservative side of the spectrum.

RF: More so than the security-related issues, (people are worried about) the fiscal cost and ramifications of it and to what extent entitlements would be on the table. For a smaller economy with the sensitivities here, I can understand the concern.

SR: The other big issue you cited is health care, and everyone seems to have a different idea on how it should be handled. What’s your take on the issue?

RF: Thankfully, with tax reform the mandate went away, and that’s a huge change. Something that allows more free-market, private alternatives to be injected into the system I think is absolutely huge, and that’s something I wanted to see in the gubernatorial race earlier, and that’s starting to manifest itself. The encouragement of private clinics for imaging care as opposed to hospital and emergency rooms. The transparency where providers need to provide a cost up front before proceeding with a procedure. The allowance of the sale of insurance across state lines to increase competition. Those solutions work if you give them a chance.

SR: We’re seeing a lot of those ideas in the statewide plan proposed at the beginning of the year by Gov. C.L. “Butch” Otter. What do you think of that?

RF: I’m glad you asked, because Gov. Otter, welcome to 2012. That’s exactly what I proposed in 2012, and ultimately one of the things that led me to run for governor at that time was for the state to step forward and create a pathway for affordable insurance. … So I’m thankful. To me, it’s a little bit late, but it’s here.

SR: Let’s talk about the race itself. It’s a pretty packed primary, so what are the challenges you face in bringing Republicans onto your side.

RF: We’re in a very strong position right now, but campaigns are funny things. There’s a long way to go, and I take nothing for granted. There’s a lot of people in the field, so you need to be able to distinguish yourself.

We’ve got an extremely strong network, and we’ve been able to finance things well, so that’s going to enable us to communicate better as we get just a little bit closer. … That said, now the challenge is messaging in accordance with the issues that are important to people: immigration, health care, being able to proliferate ideas and hopefully well-thought-out solutions for those issues. … I also want people to know I don’t have a monopoly on wisdom here. I’m open to ideas.

SR: If you’re elected, how do you envision yourself working with the Trump administration?

RF: Great question, and I’ve thought about that a lot. Full disclosure: I was a Ted Cruz delegate. I went to Cleveland, and I was part of the Cruz campaign. Soon as Cruz was out, I did immediately shift over to Trump because I knew the alternative. Now that he’s been in and operating, I honestly believe he’s the right guy at the right time.

That said, my personal style is different. In general, I would be very supportive of the agenda he’s laid out and the agenda he’s driving to. If he adheres to that agenda in terms of tax reform and economic job creation and those types of things, I am very likely to be a friend in the legislative branch for Donald Trump. I’m no person’s disciple, however, and my job is to be the representative of Idaho and stand up for its best interests.

… Interesting to note, however, that the mix of Republicans to Democrats in the U.S. House is likely to be a lot tighter after the next election. So that’s going to probably magnify the impact the Idaho delegation has in what truly gets support … and it will be important to have allies for that agenda. I intend to be one.

SR: Given where Republican politics are these days, what are your ideas for unifying the more conservative wing and the more moderate wing of the party?

RF: Again, very insightful question. … Ironically, I see the Trump agenda as having a little bit of a unifying effect on the split party dynamics in our own state. People … seem to be rallying around the more populist type of a push. I don’t see as much territorial positioning that has been there in the past. It’s still there, but it seems to have been reduced it a bit. … The lines between the various stakeholders have been blurred in the last couple years, and I see that as a good thing.

SR: Just to wrap up, is there any particular message you want to impress upon voters?

RF: My history, my record and my qualifications are extremely easy to validate, and I put them up against anyone in this state — or any other state, for that matter — in terms of being qualified to represent a state in the U.S. Congress. I couple that with having a servant’s heart and being open to wise counsel.

Russ Fulcher at a glance:

BIRTHPLACE AND RESIDENCE: Meridian born and raised. Russ grew up on the family dairy farm in Meridian and has lived in Meridian his whole life.

FAMILY: Russ’ lovely wife is Kara, and kids are Meghan, Ben and Nikki (all three college grads in their 20s).

FUN FACT: Russ has done business for Idaho tech companies in 47 countries and all 50 states