When it comes to the 2018 legislative session, moderate lawmakers and self-described liberty legislators — the deeply conservative wing of the Republican Party — envision very different priorities. 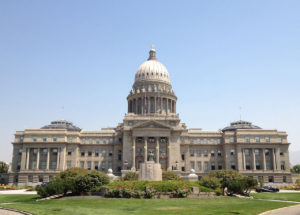 Health care was a major topic at the preview event. Before legislative leadership took the stage, Gov. C.L. “Butch” Otter announced he was signing an executive order allowing insurance companies to sell plans that don’t meet all the requirements of the Affordable Care Act.

Legislative leaders also said they are looking at the viability of Medicaid waivers, which would allow certain sick Idahoans access to Medicaid insurance. Hill was quick to clarify this was not Medicaid expansion but rather “an Idaho solution.”

Lawmakers on both sides of the aisle agreed that the state needs to do more to support statewide mental health. However, Bedke, a Republican, believes that education should take the primary role, while Erpelding, a Democrat, argues that Medicaid expansion would allow more funding options for mental health programs.

“We’re kind of used to that top-down system … but we’re pushing hard to stop that,” Scott said.

The nine legislators argued that the Idaho Legislature was fundamentally broken and required complete reform to realign itself with the will of the people. According to the speakers, this was because the political establishment wouldn’t allow liberty legislators’ bills to be heard.

“We are overspending intentionally, and the legislative process is broken,” Giddings said.

Among the many specific issues raised during the preview was the adoption of the castle doctrine, which protects individuals from prosecution should they use deadly force in a home invasion. Representatives also proposed introducing term limits, reducing state taxes and resisting perceived federal overreach.

As the most vocal liberty legislator in the State Senate, Foreman proposed introducing a measure to the November ballot that, if passed by voters, would allow abortion to be prosecuted as murder. He also suggested allowing Idahoans to shop for health insurance across state lines and strengthening parent rights to opt their children out of vaccinations. He opened by urging legislators to resist “the myth of separation of church and state.”

“The separation does not exist and has never existed,” he said.

The repeal of the state grocery task is one issue liberty legislators and the more moderate District 1 Sen. Shawn Keough will pursue together. Last year, the Idaho Legislature passed a bill repealing the tax, but Otter vetoed it. Legislators took Otter to court, saying he missed a deadline to veto the bill. Ultimately, the Idaho Supreme Court rejected argument. Lawmakers intend to make a second attempt this year.

In her last year in the State Senate, Keough anticipates setting the state budget and looking at a variety of constituent issues.

“Specific to our area, I hope to secure funds for the Outlet Bay Dam and the Thorofare at Priest Lake as well as money for road projects, just to name a few budget items of interest and importance to our area,” Keough said.

As the co-chairperson of the Joint Finance-Appropriations Committee, Keough will focus much of her energies on balancing the state budget. The task is buoyed by increasingly sunny economic projections, which presents an opportunity to restore state services and refill rainy day accounts.

“Our budget committee and the Legislature has been able to restore budgets for services that our citizens expect from their state government, and I see that work continuing this session,” Keough said. “This includes restoring funds that were cut in our public schools and our public safety services among others.”