Whether he’s breaking bad or investigating city-destroying lizard monsters, Bryan Cranston is a blast to watch. The actor brings a magnetic energy and versatility to his performances, tackling everything from broad comic schtick to monster movies to meth-driven morality plays with vigor. 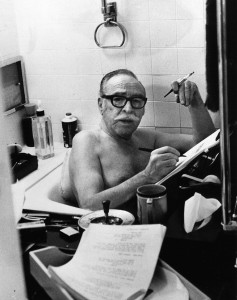 Screenwriter Dalton Trumbo often banged out his scripts at night from the bathtub.

That alone would be reason enough to see “Trumbo,” playing at the Panida Theater Jan. 1, 2 and 3. But in a modern political climate that uncomfortably echoes 1950s McCarthyism, the story of blacklisted Hollywood screenwriter Dalton Trumbo seems particularly apropos.

Trumbo is a fascinating figure in Hollywood history. Once one of the highest-paid screenwriters in the business, he penned cinematic classics like “Spartacus,” “Exodus,” “Roman Holiday” and “Johnny Got His Gun” throughout his career, which would eventually earn him two Oscars. His prestigious status in entertainment, however, immolated almost instantly when he refused to testify before the House Un-American Activities Committee. This decision prompted the heads of major studios to blacklist him and landed him in prison for 11 months after being convicted of contempt of Congress.

Since Trumbo is one of the most iconic figures in the fight against McCarthyism, it’s no surprise a film adaptation of the events would spare no expense on the cast. With a strong central lead in Cranston, director Jay Roach rounded out his film with a killer supporting undercard. Helen Mirren, Louis C.K., Ellen Fanning, John Goodman and Michael Stuhlbarg bring to life the intense political climate and Cold War paranoia that allowed McCarthyism to flourish in the U.S.

Introduced earlier this year to a limited theatrical release, Trumbo has collected considerable critical praise. While some reviewers point out a lack of narrative urgency and energy, the cast is roundly praised, with Cranston received the bulk of the attention. Critics also laud the film’s resistance to idealizing Trumbo, a man who simultaneously supported the U.S. Communist Party and enjoyed the comforts of a capitalistic upper class. As Trumbo’s friend Arlen Hird (Louis C.K.) observes, “You talk like a radical, but you live like a rich guy.” 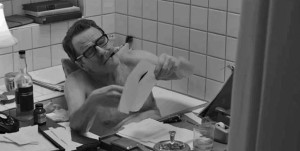 But why rely on critics when you can evaluate the film yourself, thanks to the Panida Theater’s Gold Cinema Cafe series. “Trumbo” shows on Friday, Jan. 1 at 5:30 p.m.; Saturday, Jan. 2 at 7:30 p.m. and Sunday, Jan. 3 at 3:30 p.m.  All shows are at the Panida Theater, and tickets are $7 adults, $6 seniors, $5 students and $4 for children.  Buy tickets online at panida.org or when the door opens a half-hour before the show. “Trumbo” is rated R for language and sexual references.