The March film screening finale, as part of the East Bonner County Library District and The Idaho Mythweaver’s free Native Heritage Film Series, is a provocative and poignant artistic portrait that chronicles the life of poet and Native American activist, the late John Trudell, who died in Dec. 2015.

“Trudell,” traces John Trudell’s life beginning in the 1960s with his civil rights and environmental rights activism that lasted until a devastating personal tragedy in 1979 ended his role in the grassroots American Indian Movement. Soon afterwards, Trudell’s voice reemerged within the power of creative expression as poetry, music and performance art, becoming an outspoken artistic force that continued to inspire the world.

The film was directed by Heather Rae, who created the film over a 12-year period of Trudell’s life. 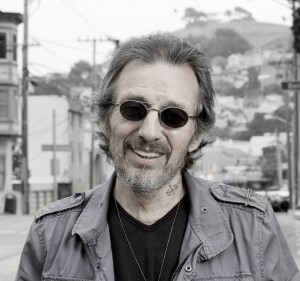 Two screenings will take place on Saturday, March 19 at 12:30 p.m. and 2:30 p.m. at the East Bonner County Library’s Sandpoint branch, 1407 Cedar Street. The film showings are free to the public, and include light refreshments. They are shown with the generous support of TransEco Services, Bodega Cafe and Foster’s Crossing, Multilingual Computing and Keokee Creative Group.

Trudell was one of the co-founders of AIM, the American Indian Movement. A Santee-Dakota tribal member, Trudell was a political spokesman and philosopher on behalf of grassroots American Indian activists in the U.S. The FBI had amassed a 17,000-page dossier on Trudell—one of the longest in the agency’s history, noting in a agency memo that: “He is extremely eloquent…therefore extremely dangerous.”

In 1970, while protesting the U.S. government’s policy on American Indian affairs in Washington D.C., Trudell’s pregnant wife, three children and mother-in-law were killed in a suspicious fire on the Duck Valley Indian Reservation that straddles Idaho and Nevada. The devastating tragedy ended Trudell’s direct activism, but not his spirit and will to speak out on behalf of his people, the land and the Earth.

In the decades that followed, his spoken word performances, in collaboration with Native musicians, moved Trudell into the international entertainment arena. Bob Dylan called Trudell’s album, “Tribal Voices,” his personal album of the year. In the film, musicians Kris Kristofferson, Bonnie Raitt, and Jackson Browne sing praises for Trudell’s creative work, as well.

In the discussion that follows the screenings, Idaho Mythweaver director Jane Fritz will discuss her and the Mythweaver’s professional connections to John Trudell and his wife’s family, reaching back to 1989 and the organization’s work with the Idaho tribes.

The film showings are free to the public, and includes light refreshments.