The trail to the ballot: How the politics of Scotchman Peaks evolved over time

One might not expect the eye-popping vistas of Scotchman Peaks to be the symbolic site of a political battlefield. 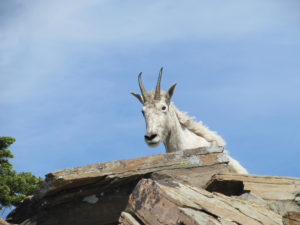 Yet as pro- and anti-wilderness advocates mobilize for a May 15 vote that could well determine the destiny of 13,960 Scotchman Peaks acres, that’s exactly what the mountaintops have become. At the center of that controversy is a question that has consumed Idaho politics: Is the federal government a partner for cooperation or an adversary to fend off?

While the genesis of the Scotchman Peaks Wilderness proposal is decades in the making, its political life took on a new dimension between 1978 and 1979 during the public review of the Roadless Area Review and Evaluation II, or RARE II. During the process, the Scotchman Peaks proposal received 6,100 comments, of which around 75 percent favored wilderness designation. A 1987 public review of the wilderness proposal that designated wilderness preservation for 48,000 acres in Montana and 13,000 in Idaho garnered 315 comments, almost all of which were supportive.

Scotchman Peaks received Congressional sponsorship in two proposals from Sen. Jim McClure in 1984 and 1989 as part of a statewide plan. Likewise, in 1994, Rep. Larry Larocco included Scotchman Peaks in wilderness legislation for the First Congressional District of Idaho.

“We pretty quickly realized the energy in the room was all about the Scotchman Peaks area,” Hough said.

The Friends began with outreach to major community groups in the region like Sandpoint Rotary, Kiwanis Club and Greater Sandpoint Chamber of Commerce. At the time, the advocates advanced a plan calling for the preservation of the entire roadless 88,000 acres spread across North Idaho and Montana.

Around the same time, the Friends of Scotchman Peaks Wilderness started a dialogue with Idaho’s Congressional delegation. Based on the interactions, it was clear that the support of local government, the timber industry and other vested interests would be vital in advancing a bill in Congress.

“It was clear from all (Congressional offices,) for legislation to advance we would need to hear certain specific proponents,” Hough said. 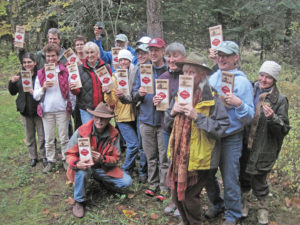 As the years progressed, the Friends of Scotchman Peaks Wilderness grew, logging 2,000 members in 2009, 3,000 in 2010 and 4,000 in 2012. They also earned endorsements from the Chamber and Rotary Club. The major windfall occurred in 2015 when the Bonner County Board of Commissioners and Idaho Forest Group endorsed the proposal, adding cornerstone support from local government and the timber industry.

According to Hough, those endorsements paved the way for the next major milestone: Sen. Jim Risch’s introduction of the Scotchman Peaks Wilderness Act at the end of 2016. According to John Sandy, Risch’s chief of staff, the bill was introduced at the end of the legislative session by design.

“That legislation wasn’t going anywhere,” said Sandy. “(Sen. Risch) wanted something out for people that they could read and decide whether they wanted (wilderness) or not.”

Hough believes the introduction of the bill was also what mobilized the first serious organized opposition to wilderness designation.

“Once a bill was proposed there were some folks who realized, ‘Hey, this is real,’” he said.

Bonner County Commissioner Dan McDonald, who has become a vocal opponent of wilderness designation, said he first saw the rumblings of organized opposition when he was running for office in the 2016 Republican primary. At the time, McDonald supported the proposal, a position that was questioned by some of his supporters.

“That’s when I began to look deeper into wilderness designations and the Scotchmans area specifically,” McDonald said. “Next came the Clark Fork meeting in January of 2017 which I believe brought out numerous members who were opposed and were ready to take some action.”

The meeting, held in Clark Fork Middle and High School, was by far the loudest outcry against the proposal since advocacy began. Opponents objected to perceived access restriction due to the non-motorized nature of wilderness and looser woodland and wildlife management practices. Some county residents also said their voices had been excluded from the process. It was partly for that reason that the Clark Fork City Council passed a resolution opposing Scotchman Peaks Wilderness in March 2017.

It’s a criticism that McDonald echoes. 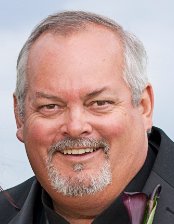 “The U.S. Forest Service’s own statute directs them to hold meetings in the populated areas adjacent to the area of impact,” he said. “Not until 2017 was there a meeting in Clark Fork or Hope.”

According to McDonald, he was involved in developing an alternative to wilderness designation. Describing it as a compromise stance, McDonald and other wilderness opponents met with Hough and Risch staffers, but talks ultimately fell through.

“We could have helped find common ground for protection of a hiking trail and the scenic peaks and had actual widespread support,” McDonald said. “It could have been an administrative change that could have been quickly made and all parties would have gotten what they want.”

But Hough said McDonald’s compromise was no compromise at all and cut out the heart of wilderness status: the protection of wildland in perpetuity.

“That’s not a compromise, that’s capitulation,” he said.

Underlying the opposition is the anti-federal sentiment held by many hard-line Idaho conservatives, particularly on issues of land management. When the Bonner County Board of Commissioners approved an advisory vote in January on whether or not local voters supported the Scotchman Peaks Wilderness, wilderness opponents protested that the word “federal’ wasn’t included in the language.

That ballot question took on unexpected power when Risch said this spring he would honor the vote outcome. The result of the May 15 vote could well determine whether the Scotchman Peaks Wilderness proposal stalls yet again or advances for Congressional consideration. For wilderness opponents and advocates alike, the primary election will be a tense night, one in which decades of advocacy work hangs in the balance.

“We would expect and hope that there is a good turnout,” said Hough. “But it bears repeating that if anyone is doubting whether or not this vote matters, it matters.”