Like most people, the period of time since March has been, well, let’s say illuminating for me and mine. I have learned a lot of things about myself — many of them I’d rather not have known — but I’ve also experienced an ever-deepening appreciation for the wisdom and resilience displayed by my children.

My kids, whom I’ll refer to only by their first initials to honor their privacy and spare them any further embarrassment suffered by having me as their dad, are 8 and 5. J is my son and he’s the oldest. He’s in second grade, an expert in Minecraft and Lego master. E is my daughter and she’s the youngest. She’s a pre-K kid and ecstatic about becoming a kindergartner in the fall. She is an enthusiast for dragons and a preternatural artist. 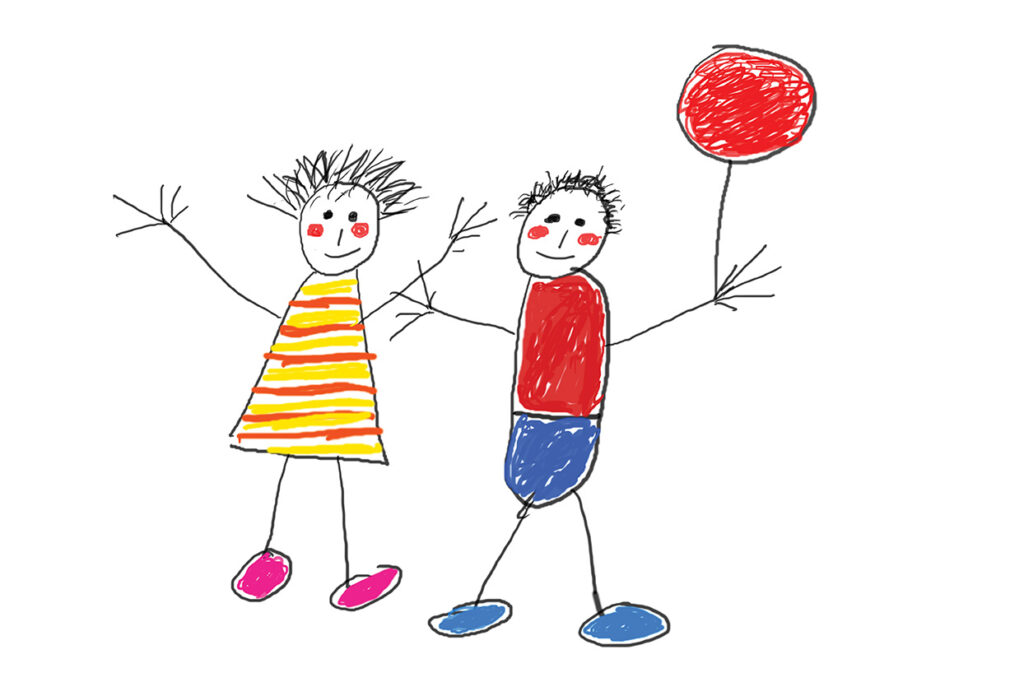 A week or two ago, I realized that amid all the craziness spurred by our family’s confrontation with the coronavirus, I hadn’t bothered to ask them how they’re doing. Since my kids are the smartest people I know, it came as no surprise to me that our conversation morphed into a formal interview, in which they were both more than happy to participate.

Of course, being the over-thinking person that I am, I did a little research on how you’re supposed to talk to your children about COVID-19 and the changes to our lives it hath wrought. Despite there being about a million articles on the subject, they all come down to a simple directive: don’t laden your little ones with your anxiety about the virus, the economy, the state of political play, your disastrous personal health/hygiene habits amid quarantine, your shock and dismay at how people seem to have forgotten how to drive in the past two months — you name it.

That’s pretty good advice in general, but we live in hyper-anxious times, and my wife and I have failed more often than not to shield J and E from the real-time freak out in which we’ve found ourselves.

All that’s to say it doesn’t take a credentialed child psychologist to tell me that my kids are every bit as messed in the head about all this as my wife and I are. We both work from home. We both hold graduate degrees. We have been married almost 14 years — together as a couple for nigh on 20 years. One might think we’d be more well positioned to address the challenges of schooling our kids at home while also running a household, holding down jobs and staying more or less happily married all while occupying the same 1,500-square-foot space. One would be wrong. Still, my kids often reveal themselves to be the levelest heads in the place.

When I began interviewing J and E in earnest, the first question I asked them was what they know about the coronavirus — a baseline question, but an important one.

My son put a finer point on it, as he often does: “I know that the coronavirus can kill people and I don’t like it because I can’t do normal school and we’re not going places as usually as we were.”

Both were immediately able to tell me about common modes of transmission — physical contact, sneezing on people, etc. — and rattled off the advised methods of keeping people safe: self-isolating, social distancing, sporting masks in public.

“We stay in our house and don’t touch anybody, other than our family, because we don’t want anybody to get sick,” J said.

Asked how they’re coping, and whether there is anything “fun” about the situation, J was quick to say, “Not really.”

E, however, saw the unexpected benefit of both quality — and quantity — family time.

Hearing that line of reasoning, J softened his assessment of family lockdown.

“You guys are always at your offices and we’re always at our school, so we don’t get to see each other that much,” he said. “I like seeing you guys more.”

That said, both reported being bored and frequently “annoyed.”

“Sometimes it gets a little bit hard to be in the house with everybody while we’re missing all these fun things that are happening, like parties,” said E, perhaps unaware that no one is going to parties and there are no fun things happening anywhere. “Sometimes I get a little sad that I can’t go there.”

As a second-grader, J is feeling the absence of school more than E, though she had a vibrant social and educational scene at her now-shuttered day care/pre-K class.

“I just miss being able to be with people,” said J, singling out his teacher as a figure he especially misses.

He did offer some measured praise for his parents as educators.

“It’s actually pretty cool,” he added. “It’s like a whole different little school. I kind of like it and I kind of don’t; the work is a little different.”

Mostly, J said, it’s hard to stay concentrated at home “because there’s so much stuff laying around.”

Noted: Do a better job tidying the house.

E returned again and again to her feeling of social isolation, saying, “it gets a little bit tiring” having to avoid “all this stuff and there’s so much things that I think that’s usually going to happen; I mean, like, if this wasn’t going around there would be so much cool stuff going on. I would be having recess, meeting all my friends … then this big stink came around and then I didn’t really get to see my friends anymore and I got kind of really sad.”

If I ever had any doubts about the profound excellence and importance of our local educators — and I didn’t — I sure as hell don’t have any now. As a parent, I do not think I’m alone in this new, deeper appreciation for their tireless work. Also, can we start calling COVID-19 “this big stink”?

What broke my heart was when I asked J and E to list their most often-felt emotions during this time. E listed “disappointed, annoyed, sad” and “sometimes I have ‘angry,’ a little bit.” J said he feels “a drowsiness” and is “scared … a little bit.” In addition to sharing his sister’s disappointment, annoyance and sadness, he’s “scared that it’s going to be around for a long time” and misses hugs with his grandma.

The emotion that surprised me most, coming from J, was “curious.” Asked to elaborate, he said he’s “curious what could happen.”

E picked up on J’s curiosity and added “excited” and “silly” — her excitement coming from the idea that “we can have fun again” and the silliness stemming from her opinion that, “I think it’s a little bit silly that they closed everything.”

J was unconvinced by E’s argument, gently reminding her that “they did that so people could be safe.” She shrugged.

“I think they should go outside a little bit,” she added.

When I asked them to tell me what word or phrase pops into their heads when they hear “coronavirus,” E jumped right in:

Again, J gave his sister a nudge, reminding her that “that’s how a lot of people feel.”

“It’s just so weird that I just don’t want anybody to say it again,” she added.

To wind up our interview, I asked them how they cope with these feelings. Both said that they enjoy playing together a lot more these days, but E said she prefers not to think about the disruptions to her normal routine — instead working on her drawing “because it kind of gets my thoughts away and doing something that I like.”

J said when he feels annoyed, he tries to “just kind of let it pass on and go on with my day. I wait and I do my own thing while I’m frustrated and it goes away.”

E also likes “playing harmonica; I’m not that good though.” J likes to ride his bike.

Asked how he thinks his parents are doing through all this, J delivered the crushing blow:

Ouch, but a good reminder that they really are always watching.