Watch Adam Sandler on the Dec. 17, 2019 edition of Jimmy Kimmel Live!, when the 53-year-old funnyman talks about his surprise critical smash turn in Uncut Gems, and you’ll see the glimmering reinvention of a mid-career goofball into a wise-eyed elder statesman of serious cinema. 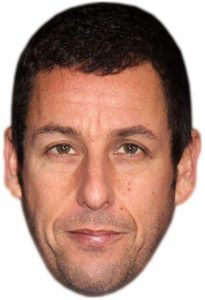 It’s a jarring experience — especially for those of us who came of age in the late 1990s and early-’00s, when Sandler was the clown prince of Saturday Night Live and star of a string of decreasingly funny screwball comedies that have unfortunately continued to this day.

Uncut Gems is not one of those films; its immediate departure from Sandler’s hyperactive, stupid-voice stock-in-trade being that it’s good. Zing! But it’s true, jesters exist to be beat on, and Sandler more than earns his place as America’s postmodern, real-life joker. The man has 16 nominations and five wins for the Golden Raspberry — the so-called “Razzies” — naming him “Worst Actor.” That record is topped only by Sylvester Stallone and Madonna. (Why Nic Cage isn’t among them we can only attribute to his Coppola Family influence.)

As Sandler admitted to Kimmel in December, his most frequent fan interactions involve who we can be sure are almost always young white dudes gushing about how high they were when they watched Billy Madison/Happy Gilmore/The Waterboy — the underlying joke being that it’s a joke when folks meet Sandler on the street and tell him he’s actually a pretty good actor.

Again: Uncut Gems is emphatically not an “Adam Sandler movie.” It is a good movie. A really, really good movie that proves what we’ve all suspected since The Wedding Singer in 1998, Punch Drunk Love in 2002 and The Meyerowitz Stories in 2017 — that Adam Sandler’s talent runs deep; he possesses a turbulent soul raging with beauty; in other words, he is an artist, not just Opera Man. (Hence the outrage following the Oscars, where Sandler and Uncut Gems failed to receive a single nomination.)

Coming to the Panida Little Theater on Thursday, Feb. 27; Friday, Feb. 28; Saturday, Feb. 29; and Sunday, March 1, Uncut Gems is almost sure to kick off a Renaissandlersance.

As Howard Ratner, Sandler taps into the hyperkinetic energy of his dopy characters of yore, but sets it to work in the dark motion of a strangely affable-yet-clearly-degenerate gambling addict/jewel dealer in New York. Put simply, Ratner’s creditors are circling in an ever-tightening noose, and he needs to marshal his mania to gamble his way out of trouble — one increasingly risky bet after another, all of which are accompanied by one disastrously bad decision after another.

This setup could be hackneyed. In Sandler’s hands, however, it turns into a pulse-pounder that’s by turns anxiety-inducing and endearing; riveting in its cacophony of sound and movement, yet grounded in the grim inevitability of addiction. Talking about the film on Kimmel, Sandler, slouching in what looked like at least three layers of sweaters and hoodies, sounded like he’d looked into the abyss, seen it looking back and wryly chuckled as he sauntered Chaplin-like back from the brink.

Critics have flipped their wigs over Uncut Gems — in part, we suspect, because it represents Sandler prostrating himself before Serious Film. Indeed, he gets beaten, scourged and chased around the city like a whipped dog. As Howard Ratner, Sandler seems to be adopting a character capable of taking the licks and kicks we’ve all wanted to deliver to his most obnoxious relatives, from Billy Madison to Happy Gilmore and beyond. It’s a case of beating the grease paint off the clown, which seems to be the modus operandi of our current, profoundly joyless era (see: The Joker). And you can’t blame him for going the way of the flagellant — Leonardo DiCaprio had the absolute living tar beaten out of him in The Revenant and it won him an Oscar. Why not punch the clown for 135 minutes and see what awards shake loose?

Regardless, Sandler deserves the acclaim for his turn in Uncut Gems. He has long been one of the hardest working actors in Hollywood — albeit mostly turning out soul-destroying dross like Jack and Jill, which in a perfect world would have landed the screenwriter(s) and director in the Hague to answer for crimes against humanity — and that knowing weariness of the system is clearly providing a well of pathos from which to draw this truly great dramatic performance.