When I was 7 years old, I distinctly remember waiting for a train to pass with my dad at the Boyer crossing. A caboose was attached to the end of the train, with a brakeman hanging onto the railing, waving to us.

“You know, by the time you’re in college, you won’t see a caboose anymore, except in a museum,” he told me. I was too young to understand why cabooses were being phased out, but there was a sadness to my father’s voice that I’ll never forget.

I understand now what it is like to watch items disappear. It seems you never really missed them until they disappeared. I’d never given an answering machine much thought until now, when I realize that they are a thing of the past. Now, when I think of them, I get a warm, fuzzy feeling of nostalgia.

It’s a cruel, cruel world, especially for technology. Here are a few items that will probably disappear at some point in our lifetime. Think of this as a wake for them.
The printed phone book

Many people welcome the death of the printed phone book. In decades past, they were indispensible, but today, when information is a click away, these giant tomes of paper more often than not are tossed out before before they are even opened.

What’s worse, in the case of the white pages, a state law requires them to print and deliver the books, whether you want them or not. According to Whitepages.com, an estimated five million trees are cut down in the nation to produce the phone book, of which only 22 percent are recycled. Many cities are now instituting an “opt-out” program where consumers can sign up to discontinue the wasteful deliveries.
The clutch pedal

Car aficionados have lamented the slow death of the manual transmission for decades, but it seems that the clutch pedal may soon be a thing of the past. With more and more new models released without manual transmission as an option, and the addition of the automated manual transmission allowing gear shifting without a clutch, it appears likely that the third pedal will die like disco.
Mail collection boxes

The gradual disappearance of those iconic blue mail boxes are a sign of larger changes at work in the United States Postal Service. Though the USPS recorded an unprecedented increase in revenues last year, they still lost $5.5 billion in fiscal year 2014.

The Internet, along with the downturn of the economy, have combined to make traditional mail increasingly obsolete. Paper letters have been replaced by email, paper bills have been trumped by online bill paying, and the recession has hit certain industries like housing, insurance and credit companies, which have cut back or eliminated direct mail altogether.
The incandescent light bulb 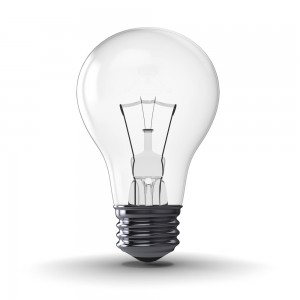 In 2007, Congress passed the Energy Independence and Security Act, mandating the gradual phase-out of the manufacturing, importation and sale of inefficient lighting like incandescent light bulb.

With newer, energy-efficient options like LED, fluorescent and the new FIPEL bulbs, the days of incandescence are evanescing rapidly.
Cursive writing

Back in my day (I always wanted to say that), we were taught cursive writing in elementary school. I’ve always written in capital letters, which almost caused my third -grade teacher to flunk me, but luckily I skated through unscathed and have developed into a somewhat normal human being.

Most states, Idaho being one of them, have adopted national standards that don’t require cursive anymore, making the antique form of writing as useless as Sanskrit.

In 2013, Rep. Linden Bateman, R-Idaho Falls, led an unsuccessful campaign to mandate cursive in Idaho schools. According to Bateman, if we didn’t mandate cursive, it would disappear forever.Good riddance, I say.
Alarm clocks 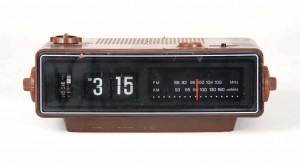 You can always tell something is on the way out when you see them stacked on thrift shop shelves. VCRs, cathode ray tube television sets, cassette recorders and alarm clocks all follow suit.

When damn near everyone owns a smart phone these days, an alarm clock on your nightstand often seems redundant, which is why you’ll only see these obsolete pieces of technology in hotel rooms and homes of anachronistic people.
Video stores

Last year saw the last Blockbuster Video store close, and with it, the death knell of video stores in general can be heard across the land. With the advent of companies like Netflix and Amazon Prime, Internet streaming of videos has rapidly begun replacing the archaic act of “going to the video store.”
CDs and DVDs 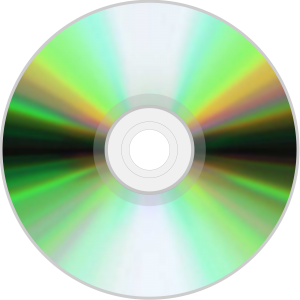 CDs and DVDs are both on their ways out as a viable form of data storage. You can once again thank the Internet for this, especially the music industry for offering music available for digital download.

Maybe someday they’ll be as quaint and nostalgic as floppy discs and 8-track tapes.
Fax machines

The fact that fax machines are still around and operational astounds me. To take a printed page, digitize it, send it over a phone line and have it re-digitized and printed out seems like a lot of wasted steps. These days, electronic signatures are widely accepted and slowly replacing the fax machine in the modern office.
Public pay phones 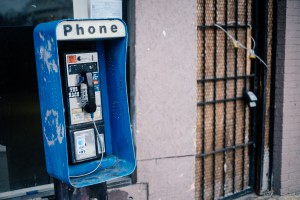 According to the American Public Communication Council, there are still 305,000 active public phones in use. Users made a total of 50 million phone calls from these phones, which is pale in comparison to the numbers of yesteryear.

Soon, when everyone is issued a smart phone at birth, there will be no need for a public phone, but for now, Superman still has a place to change.
Land lines

Yet another casualty of the smart phone market, land lines are quickly going the way of the rotary dial telephone.

According to the AP, anywhere between 32 percent and 40 percent of U.S. households are without land line telephones, which are numbers that haven’t been seen since the Depression (the one that happened in the ‘30s, not the current one).
College text books

When I went to college, I was astounded how much my books cost. At the end of the term, I was even more astounded when they didn’t buy the books back, saying that they were already out of date.

Nowadays, more and more colleges are embracing online text books with open source software accompanying them, providing the student with a cheaper alternative, as well as offering a multi-media format for education.
USB memory sticks 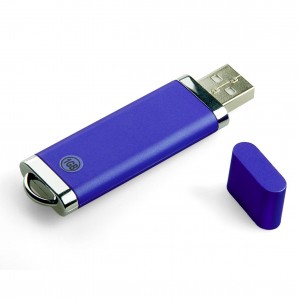 These are the floppy discs of today. Soon everything will be on the cloud and data will be a cinch to send and store from any device. Boy, the world moves fast, doesn’t it?
Here are a few items that were thought to become obsolete, but have stuck around:
Typewriters

OK, I’m biased here. I love antique typewriters. Nobody really uses them anymore, but they have become a novelty item for hipsters and wanna-be writers the world over. When I was in Portland last, I stopped into a typewriter shop that was hopping with people having their old Underwoods repaired. Long live the typewriter!
Vinyl 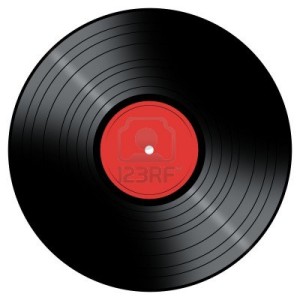 There is nothing quite like the experience of listening to a good record on vinyl. While the rest of the music industry has embraced the digital format, an increasing number of performers are now offering their new releases on vinyl.

Vinyl presses like Nashville’s United still operate 22 presses that pump out over 30,000 records a day. Last year alone, more than 6.2 million records were sold, indicating a trend that began to rise in 2008 and continues to astound music lovers. 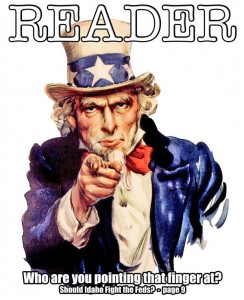 Reader cover from March 18, 2010, when the weekly was piloted by Hagadone and Reuter.

Yeah, yeah, we know… it’s a digital world. Newspapers are supposedly dying all over the country, with no end in sight. Well, we’re here to stay, folks.