The English is a brilliant, hard-edged Western

After a lifetime of watching Western movies, there came a line in the 2015 independent film Bone Tomahawk (starring Kurt Russell) that altered my view not only of the genre, but the time period itself. Amid a series of unfortunate events triggered by casual murder, arrogance and ignorance — eventually involving cannibals — one character in Bone Tomahawk says with obvious exasperation, “This is why frontier life is so difficult. Not because of the Indians or the elements, but because of the idiots.”

It’s a deadpan comedic statement that punctures and immediately deflates the stereotypical “Western saga,” filled as it is with the gaseous self-important hokum that supports settler-colonial racism and stupidity masquerading as prideful “independence.” 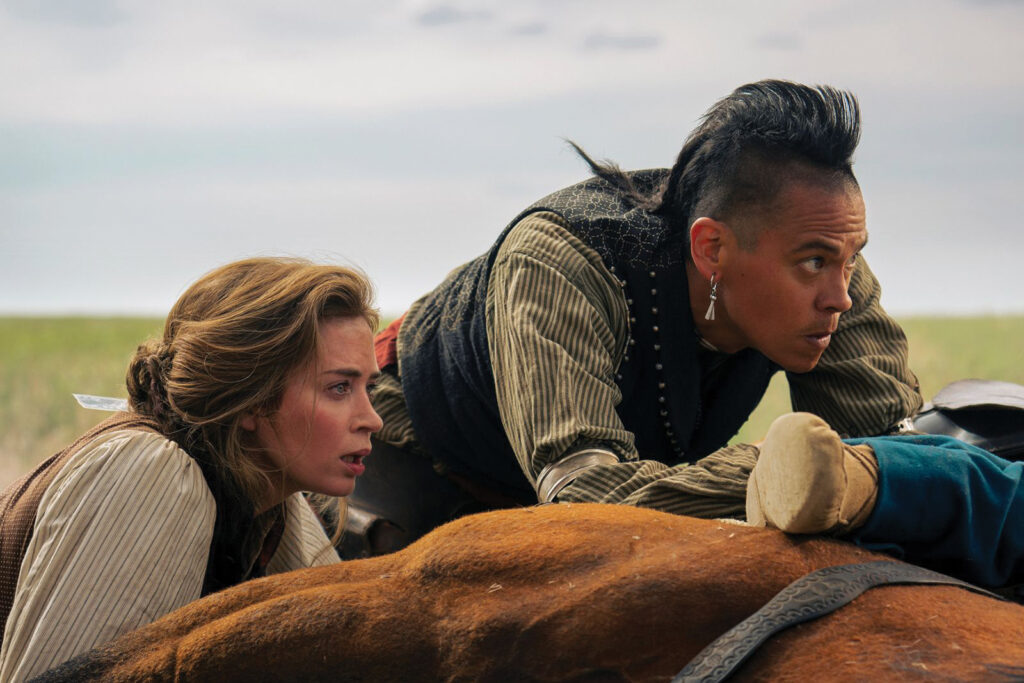 I kept thinking of that phrase — “because of the idiots” — when I avidly binged the six-part joint BBC-Amazon miniseries The English, which premiered in early November; though, instead of “the idiots,” it was “because of the killers and thieves.”

That’s a sentiment shared by the titular “English” — Lady Cornelia Locke (Emily Blunt), who travels from her stately-yet-grim British manor to the plains of North America in search of vengeance against the man who killed her son. (How exactly this man committed the murder, and the circumstances surrounding it, is critical to the plot, so you won’t get any more details here.)

At one point, after encountering nothing but wanton murder, cruelty and bald avarice among nearly every person she encounters on the landscape, Lady Locke wonders aloud, “It cannot be that this whole country is nothing but killers and thieves.”

Well, to a certain extent, it can be.

In the time and place The English drops viewers — the American Midwest of the 1890s — all bets are off. Uniformed soldiers roam the countryside acting as de facto death squads, ostensibly serving a continental imperial project but more often killing because they can and want to. Bushwackers operate like Medieval bandits. Little conmen serve big conmen; the latter committing petty grifts and betrayals for short-term personal gain, and the former spinning larger, more lethal graft into the establishment of towns where they can rule with illegal impunity.

With the buffalo mostly extinct and the Indigenous peoples squeezed onto ever-shrinking allotments of their former land, greed and arrogant ignorance run the range. Even people we’d like to assume are ordinarily “good” are forced into evil deeds just to survive. This is the “Wild West” not as Americans are used to seeing it, but as an outsider — British director Hugo Blick — has evocatively rendered it. I have to say, his version rings closer to the truth than our typical “white-hat/black-hat” redemption tale of “taming” the “wilderness.”

The English is far more complex than that, turning on the relationship between Lady Locke and Wounded Wolf, a.k.a. Eli Whipp, who is conflicted by his dual existence as a former-U.S. cavalry scout and member of the Pawnee Tribe. His impeccable military career earned him the (mostly grudging) respect of the whites with whom he served, but only so long as he’s wearing the uniform. Without it, he’s just another “Indian” — a fact that he’s reminded of constantly, as he strikes out post-service to claim the land the government should owe him, but which everyone (both white soldiers and the Indigenous people he encounters) tell him is “not for you.”

Locke meets Whipp in one of those piratical settlements set up by a local robber baron, where he’s been beaten and bound for the crime of simply where and who he is. The two outsiders make a partnership of convenience that turns into much more as they navigate the slaughterhouse that settler-colonialism has made of the Great Plains.

Despite the thematic ugliness inherent in The English, it is gorgeous to behold. Landscapes, costuming, music, casting and acting are all captivating in their various ways.

The English is a romance, but it’s not in love with the same things as most Westerns — it’s after something more real.

Stream it on Amazon Prime.