The Buddha on judgement and acceptance

Siddharta Gautama the Buddha was born in Southern Nepal in 563 or 480 BC, depending which scholar one chooses. Buddhists around the world celebrate his birthday in the months of April or May. So Happy Birthday, Buddha!

Both Jesus and the Buddha warned about the moral hazards of judging others. We constantly judge people every day, but their reciprocal gaze is probably just as harsh as ours. We cannot even begin to accept others if we have such negative views of them. 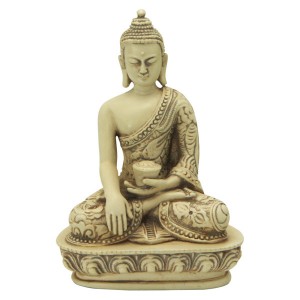 The reciprocal nature of negative judgments is at the core of this oft-quoted New Testament passage: “Do not judge, so that you may not be judged; for with the judgment you make you will be judged, and the measure you give will be the measure you get” (Matt. 7:1-2, NRSV).  I like the way this new translation renders the last phrase.

Following John 7:25—“Judge not according to the appearance, but judge righteous judgment”—evangelist John Duncan encourages Christians to repent, to clean up their lives, and take the log out of their own eyes (Matt. 7:3-5).  Only after they repent are they then permitted, using the Word of God, to use righteous judgment against others.

According to Duncan, when God commands that we are not to speak evil of others, this applies only to good Christians not to “those living in willful sin.”  I hope many others join me in thinking that this is surely not what Jesus meant.

The Buddha was especially critical of a certain monk Migsala who claimed to know the future punishments of his favorite sinners.  The Buddha rebuked Migsala saying “How do you know the complexity of human character?” He went on to say that “whoever judges others digs a pit for themselves.”  Those who obsess about the sins of others are usually those most in need of repentance.

During the Vietnam War, American officials accused the Buddhist monk Thich Nhat Hanh of being a Communist sympathizer; but, pleasing no side in the conflict, he was later banned from entering a unified Communist Vietnam.  Since then Hanh has lived in exile at Plum Tree Village in France.

The Vietnamese Communists criticized Hanh for aiding the refugees who fled the harsh conditions in their country. With regard to them he took issue with millions across the world who condemned a pirate who raped a 12-year-old girl.

Taking Buddhist non-judgment in an extreme direction, he asks us to step back and think a moment: “If I had been born in the village of the pirate and raised in the same conditions as he was, I am now the pirate but not yet capable of seeing and loving.”

For Hanh true compassion seeks understanding not judgment.  Just as a tree has been terribly bent by constant winds (an analogy offered by Ram Dass), so too could this man have been consistently deprived or abused as a child.

Perhaps it is because that I’m far from enlightenment, but I think that I have good reasons—just as I have for people who waste our precious energy resources—to condemn the pirate.

Hanh’s unconditional acceptance of the pirate ignores the issue of individual personal responsibility, which is fundamental to the law of karma. A doctrine of grace, similar to Christianity, is found in later forms of Buddhism, but I believe that the Buddha would insist that, without exception, people reap what they sow.

In response I want to use Hanh’s own teachings to make my case.  In his extensive writings on compassion he warns us of “idiot” compassion, which he believes is what therapists call “co-dependence.”  This condition comes about as a result of “forgetting that you are in the compassion equation.” If you allow others “to treat you like a doormat,” you are simply encouraging them to abuse you even further.

If we give the pirates in our lives a free pass, it is unlikely that they will ever reform themselves.  We must learn to accept others, but we should not do this without any conditions or sanctions at all.

“Accepting others doesn’t mean that we have to like what they are doing. In some cases, when people are behaving in a way that threatens our needs or safety, we may even use protective force.”

We should of course always empathize and try to understand, but we are also obligated to seek justice. Compassion and justice are virtues that we all should strive to attain, and that means that we must find the right balance between them.

Nick Gier of Moscow taught philosophy and religion at the University of Idaho for 31 years.