My house is a Bob’s Burgers house. I know the show isn’t technically all that appropriate for young kids, but my 10- and 7-year-old are pretty mature for their ages, and so I have little compunction about letting them crack up to the antics of the Belcher family as they navigate outrageous happenings in their fictional East Coast tourist town while trying to keep their burger joint afloat. 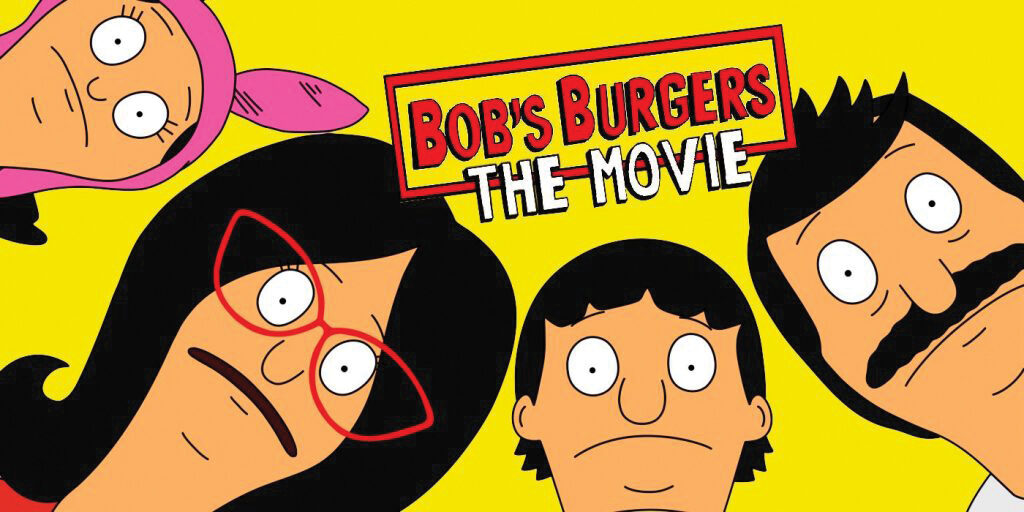 That said, it’s safe to assume that not everyone’s family is so smitten with Bob’s Burgers; so, for those who have no idea what I’m talking about, it’s an animated TV series focused on the Belcher family: Bob, Linda and their three oddball kids Tina, Gene and Louise.

Bob is the put-upon middle-aged dad for whom the family restaurant is named and Linda is his goofy, ever-supportive and also (more cheerfully) put-upon wife. Tina is the absurdly awkward but true-blue pre-teen eldest (obsessed with middle school boys’ butts, horses and zombies, in that order); Gene is the gassy mama’s boy showman; and Louise, the youngest, is the maniacal genius fourth-grader whose schemes more often than not pull her siblings into misadventure.

Along with the Belchers are a host of equally eccentric characters inhabiting a little world that has far more depth and heart than almost any “cartoon” has ever achieved.

Created by Loren Bouchard and Jim Dauterive (the latter being the writer/producer of King of the Hill), the show has so far aired 12 seasons on Fox — all to near-universal acclaim. Rogerebert.com goes so far as to call it “one of the best animated shows of the modern era,” while The New York Times rhetorically asks, “Why is Bob’s Burgers so freakishly lovable?”

Given its popularity, it was only a matter of time until Bob’s Burgers made it to the big screen, which it finally did in late May with a feature-length theater release bearing the deadpan title, The Bob’s Burgers Movie.

Naturally, my family counted down to this event with great anticipation, and piled into the theater as soon as possible to see our favorite burger-flippers do what they do best: get into and out of trouble.

In this case, that trouble revolved around a dilemma that every real-life restaurateur in Sandpoint can identify with — trying to make the most of a busy summertime influx of visitors. Things go awry for the Belchers (of course) when an enormous sinkhole opens up in the street right at their front door. At the same time, they have to make an equally enormous loan payment and, if they can’t, their unscrupulous, corrupt old-money landlords, Mr. Fischoeder and his brother Felix (voiced by Kevin Kline and Zach Galiafanakis, respectively) will turn them out. Not only would that mean the end of Bob’s Burgers, but because the Belchers live upstairs from the restaurant, they’d be homeless, too.

Meanwhile, Tina, Gene and Louise are going through their own dramas — particularly Louise, who is tired of being treated like a baby. In an attempt to prove her bravery, she ventures into the sinkhole (more like falls into it), where she discovers a skeleton that proves to be the key to a much broader mystery that goes to the core of the grubby politics of the town.

The kids’ investigation ultimately ensnares everyone else — including their parents, even as they desperately try to save the restaurant.

All that might sound kind of dramatic, but the beauty of Bob’s Burgers is in the ability of its writers to turn seriousness to absurdity, and in the voice talents of H. John Benjamin as Bob, John Robers as Linda, Dan Mintz as Tina, Eugene Mirman as Gene and the inimitable Kristen Schaal as Louise.

With upgraded animation, including improved lighting and 3-D backgrounds, The Bob’s Burgers Movie is satisfying, though it sometimes feels thinly spread across its extended run-time. Much of what makes the TV series so engaging is the tightness with which its 22-minute episodes are written, keeping the plotlines brisk but never frenetic. Still at a modest one-hour, 42-minutes, that pace simply couldn’t be maintained in the theater.

Regardless, The Bob’s Burgers Movie is worth the price of admission; though, unlike the series, maybe not for seconds.