The Battle of the Thai Restaurants

Ten years ago, there was only one. Today, there are four. Now, the Sandpoint Thai restuarants battle for dominance in a no-holds-barred grudge match to see who will be crowned champion.

In the beginning… there was Bangkok Cuisine. With a convenient location on Second Avenue and a funky, retro atmosphere, Bangkok is where we all started to eat Thai food in Sandpoint.

When you walk in, you are greeted by photos of the King and Queen of Thailand, a fish tank, and old school booths that promote good posture.

The lunch specials are great because they include the salad with yummy peanut dressing and are fairly affordable.

The chicken satay and silver bags will always be my go to items.

I have noticed the quality of the food has fallen off a bit as of late, but I may have just gone in on a bad night.

Overall, they get extra points for being here first, and for my many years of eating the Sam Ross entree.

Located in the alley by the back door of Eichardt’s Pub, this place really seemed like a secret when it first appeared.

My judge of a good Thai restaurant always starts with the Pad Thai noodle dish.

Secret Thai’s Pad Thai is priced under $10 and has a great flavor. I like to ask for a side of Sriracha sauce with mine. Also, ask for extra vegetables.

The Fried Rice with Mixed Vegetables is also fantastic, and feeds plenty.

The curries are all good, and the fresh rolls have a great minty flavor and excellent dipping sauce. I’m not a shrimp lover, so if you want yours without shrimp just ask for the vegetarian option.

The one downfall of Secret Thai is dining in. It’s a great spot to order your food to go, because the small, industrial atmosphere often doesn’t lend itself to fine dining.

But I’m no snob when it comes to stuff like that, so it won’t affect my final grade.

Overall, Secret Thai is very well received in town, and opererated by a great family, and they get bonus points because they’re so close to our office!

Ohn’s Thai Plates, located in the food courts just across the street from Farmin Park, set up shop and has consistently nailed just about everything they do.

I very quickly ordered my litmus test Pad Thai dish and found it had a great home-made quality to it that other restaurants haven’t captured.

The dish was enormous, and smiling Ohn is just about the friendliest restaurateur you can find (we recently had a back and forth argument about my $1.50 tip – her saying it was too much, me having to literally throw it through the window and shut it).

The best part? It’s only $6.50! Seriously, you will not get better Pad Thai for this price anywhere in the area.

Both curries are also fantastic, and priced even better at $5.50 a plate.

The banana crepe is only $2.50 and makes a fabulous dessert.

Overall, Ohn’s at the food court is well worth the modest price they charge.
GRADE – A

A late contender to the match, Thai Nigiri opened just last year in the old Pastime building on First Avenue.

To start with, the atmosphere is sleek in a North Idaho way, which is to say that it isn’t pretentious in any way, but has a modern feel that works.

The air conditioning is a welcome blast of cool air on these hot days, and more often than not, the servers are personable and honest about their favorites (I like when I ask a server if he/she likes a certain dish and they honestly say it isn’t their favorite, but point out one that is).

Now, to the food. It’s good. It’s really good. It’s actually better than I expected it to be. The Pad Thai, my go to, was a good portion, and has some great flavors swirling around in it.

The Drunken Noodles has become one of my favorite dishes in town. Order it with extra vegetables, and you’ll get a medly of everything from bok choy to baby corn with the classic wide noodles just oozing in flavorful sauce.

The curries come in huge portions and are done with a nod to authentic dishes, but, as I’ve noticed on a lot of their dishes, there is a fusion of new styles to every dish that always surprises you.

I have only begun to explore the menu, so I can’t speak for most of the other entrees, but I can only imagine they are as good or better than my boring go to favorites.

The price of entrees is up there. Not high, but not cheap, either. I feel you pay for what you get at Thai Nigiri and am happy to shell out a few extra bucks to walk away feeling good about my meal.

The fact that they also have a great sushi menu shouldn’t affect my overall rating, but I would be remiss if I didn’t mention that there are several rolls that hit me right in the sweet spot.

What I like to do is order a smorgasbord of Thai dishes, a roll or two, and some appetizers and pick from each like a decadant king. I suggest you do the same.
GRADE – A+ 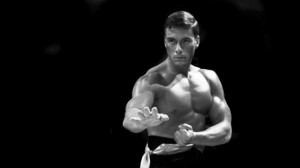