It was the biggest story that never mattered. When the United States Senate Select Committee on Intelligence released the so-called “torture report,” which clocked in at 6,700 pages, it was in early December 2014. The government only made available a 600-page executive summary, while the full document remains classified. Response to its findings — that the CIA operated a network of secret prisons around the world in which it subjected suspected terrorists to “enhanced interrogation techniques” such as waterboarding and tight confinement — was blunted by the holiday season. 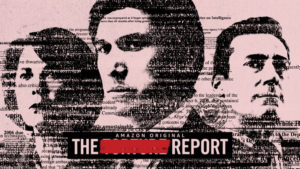 National media subsequently summarized its contents and a few politicians and human rights organizations expressed outrage, but just as many commentators pushed back, criticizing the report for endangering national security and opening old wounds from the Bush era “War on Terror.” Still others defended the CIA’s actions as necessary and painted the document as a partisan hatchet job.

By February 2015, the “torture report” had all but fallen out of the news cycle and, apart from demands by the American Civil Liberties Union that certain CIA personnel be charged for human rights abuses, calls for accountability amounted to sound and fury signifying nothing.

That has remained the case for five years, though the conversation about the moral and legal implications of the CIA’s activities under the administration of former-President George W. Bush has seen an uptick with the Amazon original docu-drama The Report, which tells the story of how the Senate compiled the document and the struggles of lead investigator Daniel Jones to make its contents public.

Throughout The Report, which became available on Amazon in November, the central tension is between justification for the “abuses” and “mistakes” of the CIA — as former-Agency Director John Brennen called them — and the rule of law. Morality versus perceived necessity underpin a line in the film that stands as an apt statement on the entire issue of “enhanced interrogation”: “It’s only legal if it works.”

As the real-life report made clear, those techniques didn’t work; yet, the U.S. Department of Justice has repeatedly declined to pursue charges against anyone named in the report. Notably, that includes the contractors hired by the CIA to devise, apply and assess the methods that groups such as Amnesty International and the United Nations have come to call “torture.”

Psychologists James Mitchell and Bruce Jessen, both former Air Force colonels stationed in Spokane, loom large in the pages and on the screen. The former has been vocal over the years in defense of his role at the black sites. The latter, however, has remained a cipher.

For four months in early 2015, when I was editor-in-chief at the Boise Weekly, I took on a project to construct a portrait of Jessen, who I discovered was born to a farming family in the rural southeast Idaho town of Ashton near the Wyoming border. After spending most of those months combing through the report and sleuthing around the internet, I traveled to Ashton to see if I could contact any of Jessen’s relatives or those who knew him before his name became associated with the excesses described by the report. One of his sisters said only, “No comment.” Other townspeople, including the local historian, more or less shrugged, saying they knew he did some kind of work for the government and that he had been a quiet, intelligent, hard-working kid. One of his former professors at Utah State University — where his psychology work focused on family therapy — told me, “I’m sorry, but I don’t remember him at all.”

Jessen, like most everything associated with the report, seems to exist in a kind of black hole of memory. His character in The Report reflects this sense of blankness; unlike the flamboyant Mitchell, who acts as a kind of pitch man in the film, Jessen comes off as a cold practitioner.

A few weeks after the release of the Senate report, former Inlander reporter Jacob Jones successfully met Jessen face-to-face at the multi-million home in which he was living south of Spokane. Jessen said little other than there were “distortions” related to his activities, then issued a veiled threat: “You know, they didn’t prosecute Zimmerman,” apparently in reference to the Florida man who fatally shot teenaged Trayvon Martin in a confrontation over alleged trespassing in 2012.

It’s telling that it has taken as long for a film on the subject to be produced as it did for Jones and his team to put together the titular report. Then, as now, no one has ever seemed to want to talk about what happened in the CIA’s “black sites” during the early 2000s — a point made clear in the film when Jones (played by Adam Driver) runs up against White House Chief of Staff Denis McDonough (Jon Hamm), who tells the him that while then-President Barack Obama decries torture, his priority is to “get this behind us.”

The Report does an admirable job sketching the outlines of the complex document, as well as the political forces swirling around it. It stumbles with Mitchell and Jessen, however, alternately making them into caricatured flim-flam men — the CIA paid their now-defunct practice in Spokane more than $80 million of a contract worth $180 million — cynical sadists and arrogant bumblers.

I suspect their motivations and personalities were and are much more nuanced, though we’ll likely never know. That we know anything at all about them or what they allegedly did in service to the CIA is ultimately the thrust of The Report, whose main contribution is simply to make us talk about it again. Maybe, someday, it’s a story that will matter.