Somewhere over the rainbow

My journey with PFLAG Sandpoint

As I was growing up, I always knew that I was different. Not in a bad way, but I was always pretty much a loner. I’d rather work in the garden, than work on cars or do sports. Yes I had friends; we would hang out and play together, but I was never the social type. Yes I had gotten married and tried to make a “normal” life, but that only lasted a short time.

During the time I was alone I began to explore my sexuality. I began my search for other people like me. I knew there were others like me in Sandpoint. After an internet search I found PFLAG Coeur d’Alene. I started making the drive for the group’s monthly meetings and felt so welcome — like a huge weight was lifted from my shoulders. After a few months, I was introduced to a few other folks who unbeknownst to me also lived in Sandpoint. We then began the process of building PFLAG Sandpoint. 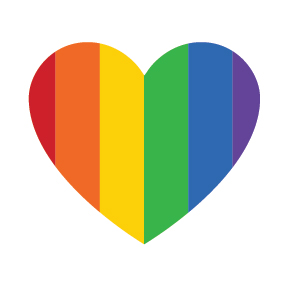 In 2016 at a meet-and-greet for Paulette Jordan in Sandpoint when she was running for governor, a gal came up to me, introduced herself and told me about her son who was a student at a high school in the area. She told me about how he had been intentionally outed by his classmates earlier that year. Later in the day the three of us hung out at the Women’s March and we have since become good friends. His mom, through our conversations over the years, mentioned to me once how much she appreciates that I am a “safety net” for her son and was there for him when he needed me to be.

Also in 2016 I was contacted by Jim Healy, a Reader contributor who was doing a story about a young man — Adam Ferris. Ferris was a vibrant young man, himself searching and exploring his own sexuality. Like everyone, he had questions and was in the midst of his own personal struggle. He had been walking along the railroad tracks near his home when he was struck and killed by a train. Healy was doing a story about Ferris’ life and wanted to talk to me about PFLAG. We met at a coffee shop and he told me Ferris’ story. I never had the pleasure of actually meeting him, but I feel as if I know him after talking to Healy.

Things began to turn around two years ago. We were contacted by one of the elementary schools here in town during the summer break as they learned that they were going to have a transgender student starting the next school year. They wanted help with resources and information so the student would have the best experience they could. I met with the principal, counselor and the students’ teacher, and shared information and resources with them. The family also began to attend PFLAG Sandpoint meetings on a regular basis.

Last year Cindy and Korey — a mom and her son, the latter who is transgender — began to attend our meetings. Korey was extremely shy, and would sit next to his mom in his hoodie with the hood pulled way up over his head to the point you couldn’t even see his face. For the first few meetings he just sat there quietly, not saying a word. He kind of attached himself to one of our members, Alix Taylor, who is also transgender. As time went by the hoodie slowly came down and he began to blossom. Eventually the hood was all the way back and he is now a complete chatterbox.

It’s this kind of support and acceptance that kids who are exploring their sexuality and gender identity need. Yes, some members of his family are struggling with all of this. Cindy told me that his dad at first asked if “this was a phase” and wasn’t being real supportive, but as time went by he came around and has accepted the fact that Korey is transgender and that he now has a son. Korey spent the summer with his dad and had a birthday during that time. Cindy told me that his dad even baked Korey a rainbow-colored birthday cake.

As I have come to know the LGBTQ community in and around Sandpoint, my biggest wish is that local kids who are questioning their sexuality and gender identity would reach out to PFLAG, along with their families.

I first came out in my late 40s and, as old as I was, having to tell my parents I was gay scared the hell out of me because — like anyone else — the last thing I wanted to hear from them was that they didn’t love me and to never come home again. Fortunately they were very accepting of my sexuality. The one thing I guess I do regret is that I didn’t come out when I was still in junior or high school, as I feel like I missed an entire lifetime of being myself. So, yes, if I could somehow have a do-over, I would have come out when I was younger.

The one thing I do know is that I have enormous respect for the young kids who are out now and who are coming out. You are incredibly brave. Don’t let anyone tell you different. You are not broken and you certainly don’t need to be cured or fixed. You are an incredible, unique individual who has an entire lifetime to take on the world. Let your light shine brightly.

Jeff Bohnhof is president of PFLAG (Parents and Friends of Lesbians and Gays) Sandpoint, a support\educational\advocacy group for the local LGBT community. It is a donor-supported national nonprofit organization with more than 400 chapters throughout the U.S. Follow the local PFLAG chapter on Facebook and send a message for phone number and P.O. box. Due to the COVID-19 pandemic, and following the direction of PFLAG National, all local in-person meetings and events are suspended until further notice.