A longstanding legal dispute between Bonner County and SilverWing recently landed a judgment in the county’s favor.

An abstract of judgment dated April 28 awarded Bonner County $741,730.06 plus future interest. The judgment also puts a lien of SilverWings property until the terms of the judgment are satisfied. The judgment will cover the cost of the county’s attorney fees. 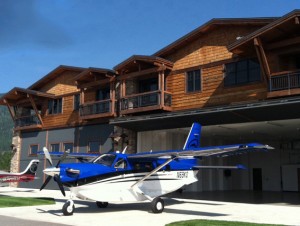 The legal dispute goes back to 2008, when the Federal Aviation Administration declared the Sandpoint Airport was out of compliance because of a through-the-fence agreement with SilverWing, a housing development that served as both a residence and an airplane hangar. SilverWing sued the county, claiming developers had been deceived about a a runway relocation and that the county was trying to kill its through-the-fence agreement. All but one of SilverWing’s claims have since been dismissed.

For Bonner County Commissioner Todd Sudick, the judgment is a vindication of the county. He also said that, in an election year when lawsuits against the county are a hot-button election topic, that this is a case of litigation protecting the taxpayers. The county could have been hit with a $26 million payout had it not fought its case in court, Sudick said.