Inside, there was a photograph of the Sandpoint Fire Department crew in the old engine, taken not long after the engine was commissioned in 1946. 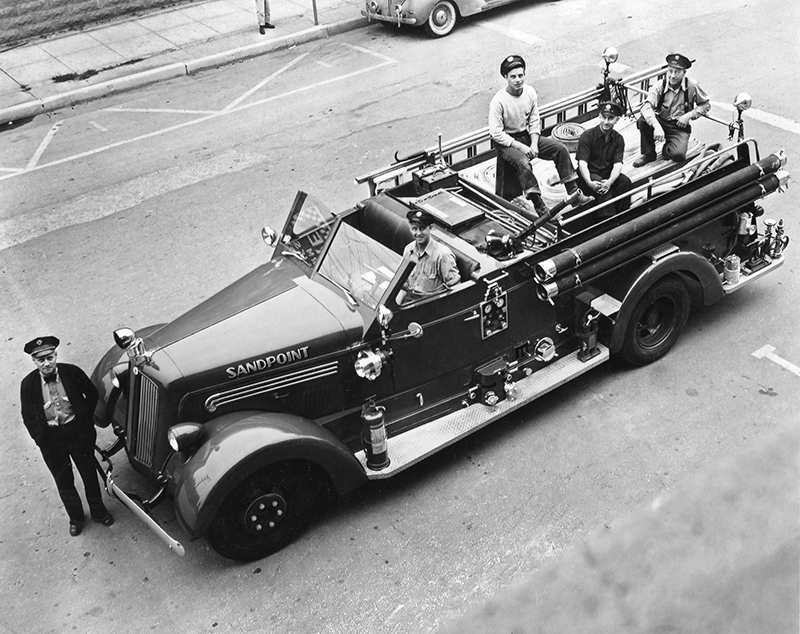 The original photo, taken sometime in the late 1940s. From left to right: Claude Simon, Chief; Earl Thomas, Capt.; Earl Pitts, Capt.; Harvey Bailey, Frank Pitts. The photo was taken from the second story window of the old fire station on the corner of Second and Church. The engine was parked on Second Ave. for the photo.

With the photograph, a note was attached: “I found this at a flea market. I am a firefighter and thought that you might want this. It’s a great picture!”

Hilton had noticed that the Reader was doing a “Then & Now” feature every week, focusing on a historic photograph and matching up the angle of the original shot with a shot taken today.

“Are you interested in coming down and taking a photo to match the original?” he asked me, after telling me the story about the photograph.

He couldn’t have held me back with a fire hose, I was so excited. This, in my opinion, is what the “Then & Now” feature is all about.

On a sweltering day in mid-June, Chief Stocking, Captain Hilton, and three of the crew, Eng. Troy Badeaux, Eng. Jeff Littlefield, and Lt. Mick Adams arrived driving the 1946 fire engine which had been fitted exactly to match the way it had appeared during the original photo. 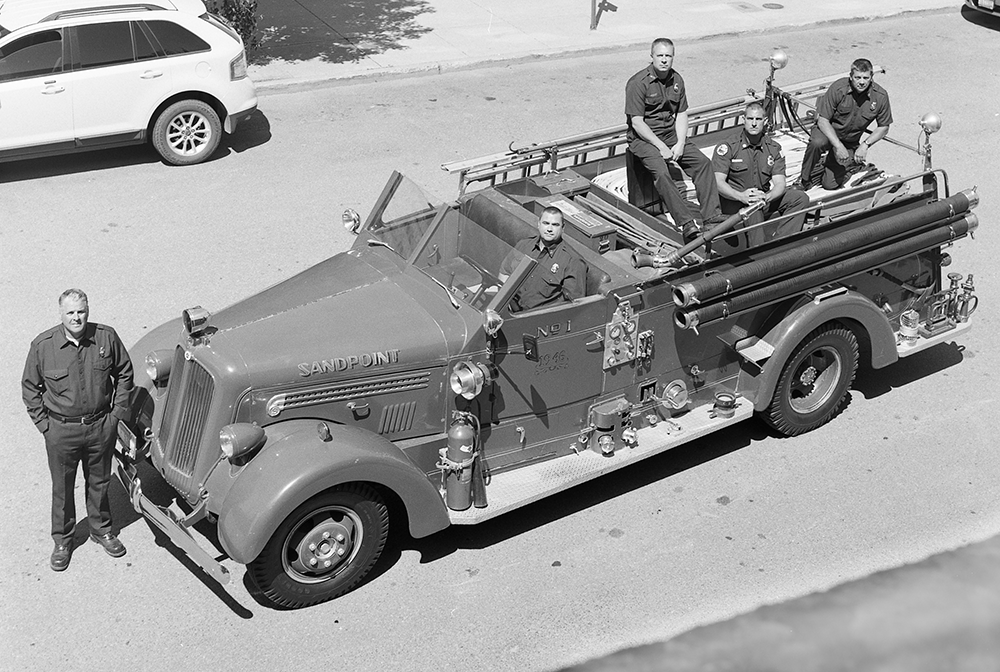 After gaining access through the same window of the old fire station (currently the Sandpoint Music Conservatory), we waited for the sun to clear the building and photographed the men in roughly the same position as the original photo.

It came out so well, I couldn’t run the photos small, so this is a special expanded “Then & Now” feature in honor of the men of yesteryear and those of today who serve on Sandpoint’s Fire Department.

Special thanks to Jake Hilton, Chief Ron Stocking, and the rest of the crew for making this happen.