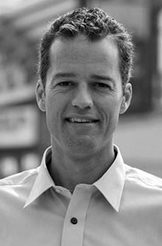 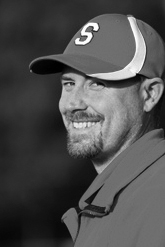 Both candidates Rognstad and Mose Dunkel are condemning the robocall, paid for by a group calling itself “Sandpoint United Against Shelby.”  To date, no one has determined who is responsible for the recording.

The call targets Rognstad’s support of affordable housing during his time as a member of the Sandpoint Planning Commission and then the City Council. It uses Ferguson, Mo., as an example, saying affordable housing turned it from a bedroom community to a “violent jungle”—a phrase often used in racist rhetoric and literature—full of “primitive destroyers.”

“He changed our zoning plan to allow high-density, low-income housing proven to ruin towns by drawing in undesirable elements from the outside that turns towns into crime-ridden trash heaps,” the male voice in the call states.

The male speaker attacks Rognstad as a “feminized male” and repeats his name several times in a high-pitched whine. He then claims Rognstand wants to replace the sound of Sandpoint—currently country music, apparently—with rap and hip hop.

After catching wind of the robocall, Dunkel used his Facebook campaign page to distance himself from it. He said he had nothing to do with it and was sad someone unknown to him would shade his campaign with that kind of hate and venom.

“It’s almost unbelievable that a city election our size could be a catalyst for something like this,” Dunkel said. “I’m absolutely against negative campaigning on any level.”

“To whoever is behind this, I hope you know that I would appreciate better ideas with your efforts like talking about restoring open city government and looking out for people struggling to pay utility bills,” he added.

As for Rognstad, he doesn’t take the robocall seriously, but he says it reflects very poorly on the type of residents who oppose him.

“Sandpoint voters are too smart to respond to fear tactics,” he said. “This attack sets a new low for Sandpoint politics.”

“We need to focus on the important issues impacting our town, like job creation, expanding higher education and continuing to improve the quality of life in Sandpoint,” he added.

To date, no one has stepped forward to claim responsibility for the so-called group behind the call, Sandpoint United Against Shelby. A phone number associated with the message only delivered multiple unanswered rings across multiple calls. And both the Bonner County Elections Department and the Idaho Secretary of State’s Office had no record of the group, saying city election advertisements are under the city’s purview.

However, city officials say they also have no information filed, either. Sandpoint City Attorney Scot Campbell said the legality of the robocall is suspect. If it were a Facebook post or some other private communication, the message would fall under first amendment rights. However, as the call identifies itself as the work of a specific group that likely had to spend money on the call, members would have to declare its expenses and treasurer. The matter is now under investigation by the police department, Campbell said.

“If you’re doing [campaign expenses] behind the scenes, you have to have a PAC,” he added. “You have to file that with the city.”