James Wesley, Rawles was not interviewed for this story.

Citing bad experiences with the Coeur d’Alene Press and Spokesman-Review, among others, Rawles responded to my request with an email detailing how he’d been burned in the past by reporters associating him with extremists, racists and anti-Semites.

“When there is such an overt war on against the truth, there is no point in using anything but my own words, in my own venue,” he wrote. “Thankfully, I have a blog with a wide circulation.” 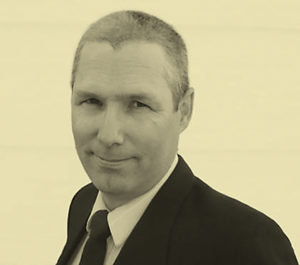 That blog is SurvivalBlog. It is read around the world and is what Rawles refers to as “a virtual community of some of the most brilliant people that you could ever meet.” He writes on the website’s “About” page that despite their differences, everyone on SurvivalBlog has an interest in preparedness.

Thanks to this essay, James Wesley, Rawles’ name (spelled with a comma to denote his given and family names) is often associated with any discussion of the American Redoubt movement. However, in his everyday work, Rawles uses both his blog and personal consulting as platforms to help people get ready for TEOTWAWKI — “the end of the world as we know it.”

That “end” could be brought on by any number of threats according to Rawles, including a plague or pandemic, terrorist attack, food shortage, monetary collapse and much more.

Rawles is a former U.S. Army Intelligence officer and technical writer who has also published several fiction and nonfiction books on survival. In the prepper world, Rawles is a leading voice of authority.

It is a fact that Rawles named the overall concept of the Redoubt with that initial essay on SurvivalBlog, and some would even say he could be considered the “leader” — though Redoubters take pride in being members of a leaderless movement.

Rawles writes that the name “American Redoubt movement” derives from the “Réduit Suisse,” or Swiss National Redoubt: the Swiss government’s plan to defend against foreign invasion starting in the 1880s. A straightforward dictionary definition of “redoubt” yields results all referring to barricades, defense and perhaps most telling, “a secure retreat.” The origins of “redoubt” do not stem from the same roots as “doubt” or “redoubtable,” according to Merriam-Webster.

The Redoubt movement is for those who want some chance at stability when TEOTWAWKI comes around, and according to Rawles, those people will be God-fearing Christians. 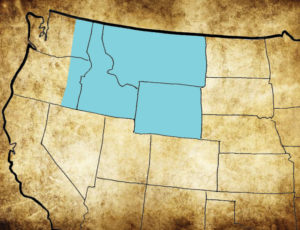 “In calamitous times, with a few exceptions, it will only be the God fearing that will continue to be law abiding,” he writes. “Choose your locale wisely.”

The essay names that locale — now widely known as the American Redoubt — as Idaho, Montana, Wyoming, eastern Oregon and eastern Washington. Rawles addresses the exclusion of Utah as unsuitable for feeding its own population, and the exclusion of the Dakotas because they aren’t very “defendable” in the case that a war breaks out.

The initial essay provides a checklist for those looking to relocate to the Redoubt and some ways to appropriately settle in once they’ve arrived. Tips on these checklists focus heavily on some tenants of survivalism: self-sufficiency, practicality and emphasis on finding a like-minded community.

The article has seen several addenda since its conception. These include an analysis of the parallels between Ayn Rand’s dystopian novel “Atlas Shrugged” and modern-day America, tips for finding a “prepper-friendly” church, a list of reformed churches in the American Redoubt and other notes.

Oftentimes Rawles prefaces his articles with disclaimers meant to deter “hate mail,” which it seems he receives often. One such disclaimer can be found in the Redoubt essay under the header “To Clarify: Religious, Not Racial Lines.”

“I am a separatist, but on religious lines, not racial ones,” Rawles writes. “I have made it abundantly clear throughout the course of my writings that I am an anti-racist. Christians of all races are welcome to be my neighbors. I also welcome Orthodox Jews and Messianic Jews, because we share the same moral framework.”

It is the racial aspects of encouraging people to move to a predominantly white area that has some critics questioning Rawles’ motives. In response, Rawles again emphasizes the religious drive behind the movement.

“I’m a white guy,” he writes. “But I have much more in common with black Baptists or Chinese Lutherans than I do with white Buddhists or white New Age crystal channelers.”

Beneath the tangible guidelines of food storage, self-sufficient energy sources, homeschooling and the like, Rawles’ writings — including the Redoubt essay — conclude with the reminder that a true Redoubter has strong faith. Prayer is as essential as land, food and water for a genuine Rawles-esque survivalist living in the American Redoubt.

“I am hopeful that it is in God’s providential will to extend his covenantal blessings to the American Redoubt,” he writes. “And even if God has withdrawn his blessings from our nation as a whole, he will continue to provide for and to protect His remnant.”

Learn more about the ins and outs of Rawles’ ongoing work by visiting www. survivalblog.com, and go to www.survivalblog.com/biographies to read Rawles’ complete biography in his own words.

While Rawles is considered the voice that named and “launched” the American Redoubt movement, there are two other predominant Redoubt characters: Alexander Barron and radio personality John Jacob Schmidt. The Reader will explore the lives and works of both in later parts of this series.

Editor’s Note: Next week, we’ll talk about the religious aspects of the American Redoubt.