Reclaim Idaho comes out on top in federal case

Governor, secretary of state have until June 26 to choose a path forward for the Invest in Idaho initiative

The ballot initiative for education funding from Reclaim Idaho will no longer be on hold due to the coronavirus pandemic after a federal judge ruled that Governor Brad Little and Secretary of State Lawerence Denney violated the group’s First Amendment rights by not accomodating a path forward for the initiative during the pandemic.

U.S. District Judge B. Lynn Winmill said he was “disinclined to tell the state” how to move forward, so he gave two options at a hearing June 23: to either accept the signatures already submitted and approve the Invest in Idaho initiative for the November ballot, or to give Reclaim Idaho a 48-day deadline extension and allow for “online solicitation, collection and certification of signatures.” 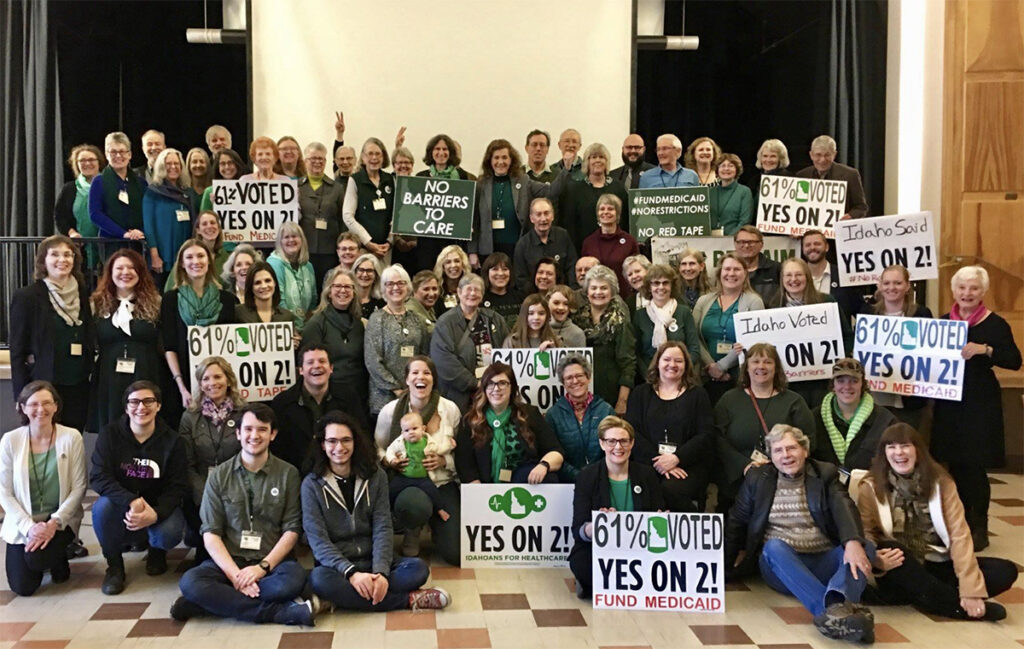 The state has until Friday, June 26 at 5 p.m. to make its choice. In the event that state officials allow the deadline extension and online signature collection, Reclaim Idaho co-founder Luke Mayville told the Sandpoint Reader that the group could likely set up a digital platform “within about two weeks.”

The lawsuit, filed June 6, alleged that Little and Denney violated petitioners’ First Amendment rights by not accomodating a pandemic-safe alternative to signature collection, which is typically conducted face-to-face between Reclaim Idaho volunteers and citizens across the state. The Invest in Idaho initiative would increase taxes for corporations and the wealthy in order to provide an additional $170 million in funding for K-12 schools each year.

Legal counsel for the state criticized Reclaim Idaho for using only six of the allowed 18 months to collect signatures, and said the record showed a limited number of attempts to reach the governor and secretary of state via email to talk about pandemic accommodations. The state also said that because the initiative campaign ceased efforts by March 18 of its own volition — not due to any action the state had taken by that date — the state couldn’t be blamed for Reclaim Idaho’s decision to stop signature gathering.

Winmill pointed to the state’s prompt shift to a mail-in-only primary election as proof that officials have “the ability to make those kinds of modifications” in response to a pandemic, and the same should apply to ballot initiatives, which are protected under the same state statutes as elections.

He also noted Reclaim Idaho’s track record in qualifying the Medicaid expansion initiative for the 2018 ballot, adding that Medicaid “is, frankly, less politically popular” than an initiative to fund education. According to Reclaim Idaho, the group had already gathered more signatures by mid-March for its Invest in Idaho campaign than it had by that date in 2018 for the Medicaid initiative.

Winmill said he doesn’t fault state officials for exercising their “constitutional obligations” regarding sticking to ballot initiative deadlines, but that in this instance, “this brought them in conflict with the citizens’ First Amendment rights.”

Winmill ruled in favor of Reclaim Idaho from the bench, and said there would be a written decision released soon.

This isn’t the last time the issue will see a courtroom, based on a joint statement from Little and Denney following the hearing.

“This decision is a surprising exercise of judicial activism,” they told Idaho Education News. “We plan to appeal this decision immediately.”

As for Reclaim Idaho, Mayville told the Reader that the “decision is a victory for the Constitution and the right of every Idaho citizen to petition their government.”

“By ruling in favor of Reclaim Idaho,” he said, “the court affirmed that no citizen should be forced to sacrifice their constitutional rights in the wake of a pandemic.”