The Idaho Senate has recently approved new K-12 science standards with the notable absence of key references to human-caused climate change. Our state has had trouble agreeing on public science standards for the past three years. References to global warming and the origin of the universe were not accepted by the state in recent years because the “language did not offer alternative views.” However, this does not mean climate change cannot be taught in schools. Standards are simply a minimum of what students are expected to know. To be clear, climate change is something that has been happening for millions of years, and we know this. Pollution and climate change due to human activity is a more closely related subject than one might think. 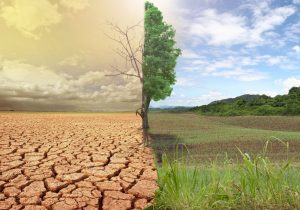 More than 97 percent of peer-reviewed scientists say that humans are having an impact on the environment and we need to change our ways to prevent further harm to our Earth, but whose fault is it really? Is it us, the consumer, or the corporations?

Blame for climate change and human pollution goes to the average person, but is it really our fault? The huge majority of modern manufacturers are using the cheapest material possible in order to produce the cheapest product possible, without giving any care as to the impact it has on our environment. It is possible to seek out and only use products manufactured with clean energy and materials, however it is very difficult to do so in today’s society. The truth is that most people just don’t have time to do the research and are not willing to pay a higher price for a comparable product. The big corporate powers are only concerned with profit and will do whatever it takes to deceive consumers in order to sell more of their products. So, in all reality, it’s the major corporations of today’s society that need to make a change. But how will this change ever happen when these companies would never make any changes that could possibly reduce profits in any way? What we need is a nationwide policy that will give major corporations incentive to move to renewable energy.

There have been many attempts over the past few decades to bring attention to climate change and the detrimental effects it’s having on our Earth, just recently there was a nation-wide climate march where tens of thousands of people showed up in D.C. alone to show their concern for the future of our planet. While these events are great for bringing attention to the issue of climate change, something needs to be done, and quickly too. One organization that’s gaining traction across the U.S. is the Citizens Climate Lobby (CCL) and their compelling solution to the problem.

CCL is a non-profit, non-partisan, grassroots advocacy organization focused on national policies to address climate change. Their goal is to educate the public about climate change and take action across the nation, encouraging members to contact and influence their elected officials in the federal government. The CCL has equal support from conservatives and liberals alike. Keeping the organization non-partisan is very important to them because a livable planet is something people on both sides are concerned about and can only be achieved with combined efforts.

Their answer to reversing climate change is called the Carbon Fee and Dividend policy (CF&D). This policy would implement a rising fee on carbon emissions generated by major corporations throughout the nation. The revenue generated from this fee would be returned to American households as a dividend. This policy would create millions of jobs due to increased renewable energy useage and as a result would also boost our economy. If you want to learn about CCL and exactly how CF&D policy would work, you can check out their website here: https://citizensclimatelobby.org/.

A local chapter for CCL has been formed right here in Sandpoint. Contact Gabrielle Duebendorfer for more information at: [email protected]

Davey Breakey is a student in the class of 2019 at Forrest Bird Charter High School.