Halloween is here, and with it come the horror movie classics any genre fan has seen time and time again. While “The Shining,” ‘The Exorcist,” “The Ring” and other staples are excellent, Reader contributor Chris Balboni and I have dug up some less appreciated horror gems. 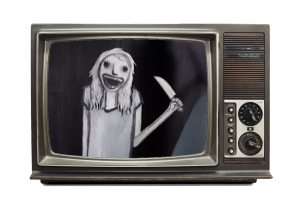 “Inland Empire” (2006): It’s debatable whether David Lynch qualifies as a horror director, but that doesn’t make the psychological surrealism of “Lost Highway” or “Mulholland Drive” any less disturbing. His most recent film, “Inland Empire,” is still the most terrifying piece of media I’ve experienced. It abandons a linear narrative in favor of a nightmarish dream logic that doesn’t let up for nearly three hours.

“Audition” (1999): It’s no secret that Asian filmmakers have created some of the best horror of the past two decades. “Pulse” is a meditation on loneliness and depression that just happens to feature ghosts. “A Tale of Two Sisters” is eerily beautiful and horrifying in equal measure. But nothing matches the audacity of Takashi Miike’s “Audition,” which begins as a quiet romantic drama and ends someplace very different.

When a lonely windower stages an acting audition under false pretenses to meet women, he becomes enchanted with the introspective Asami. But who is she? And why is her apartment empty except for a telephone and a large burlap sack? A word of warning: Sensitive viewers might want to give this one a pass.

The movie follows two hitmen who accept a contract for three killings from a mysterious group of employers. Each assassination reveals yet more disturbing signs of a conspiracy, culminating in a twist you’ll realize was inevitable from the beginning.

“Don’t Look Now” (1973): Downright methodical compared to many horror films, “Don’t Look Now” nevertheless achieves a technical and thematic excellence that warrants a place among the great movies of the ‘70s.

Donald Sutherland and Julie Christie star as a married couple who travel to Venice following the tragic death of their daughter. They soon meet an individual who claims to be clairvoyant and says their child is trying to contact them. What follows is both an unnerving and affecting examination of grief.

“The Innkeepers” (2011): Ti West has proven himself to be among the best young horror directors working today, emphasizing tension-building over buckets of blood. His early films “The House of the Devil” and “The Innkeepers” are both extremely effective, so much so that choosing between them is difficult. But “The Innkeepers,” a movie about two young would-be ghost hunters working in a potentially haunted hotel, is more consistent and boasts a stronger ending than “The House of the Devil.” It also features a true rarity in the horror genre: likable characters.

“The Babadook” (2014): Single mother Amelia lives with her 6-year-old son, Samuel, a hyper-active handful who is more than she can take most days. One day Samuel brings her a mysterious pop-up book containing disturbing drawings and an eerie poem describing “The Babadook,” an entity that haunts anyone who is aware of it. After reading the book together, strange and inexplicable events begin happening to Samuel and Amelia.

“The Babadook” cleverly toes the line between psychological horror and a monster film, with Amelia and Samuel’s strained relationship lending the film a gritty sense of reality that makes the numerous, inventively creepy images found throughout all the more effective. At it’s core, “The Babadook” is a film about anxiety and the harsh reality of single parenthood, framed in a refreshing take on the genre.

“Antichrist” (2009): A couple loses their child in a terrible accident and, in order to cope, leave the city and head for their cabin deep in the forest. The forest scares the mother (Charlotte Gainsbourg), but the father (Willem Defoe) believes that by confronting their fears head-on they can move past their son’s death and save their relationship. However, as the days go by, the couple descends into their own isolated madness.

Lars Von Trier’s “Antichrist” is not a film with monsters, ghosts, jump scares, or any of the traditional tropes found in horror, yet you’ll be hard-pressed to find a more unsettling film. It is relentlessly bleak, with its surreal and nightmarish imagery turning what would be an otherwise peaceful forest into a living hell for the protagonists. This is top-notch filmmaking, with Defoe and Gainsbourg turning in some of their best performances, but it certainly not for the faint-hearted. Even if you can stomach the handful of incredibly graphic violent moments, the nihilistic, crushing atmosphere will likely leave you wanting a shower afterwards.

“Grave Encounters” (2011): A film crew shooting a reality show starring the most obnoxious ghost hunter this side of “Ghost Adventures” explore a decommissioned mental hospital and suddenly find themselves trapped.

“Grave Encounters” is very much a genre film, with a plot you’ve no doubt seen elsewhere and a deeply unlikable protagonist. You would, rightfully, expect to find it in a bargain bin. That being said, if you enjoy the found-footage style and have seen all of the more well-known entries the subgenre has to offer (“Blair Witch Project,” “Paranormal Activity,” “V/H/S,” “The Last Exorcism”), “Grave Encounters” is still worth a look. The crew depicted in the film is aware that their show is fake, which is a setup just clever enough to keep you interested until all the paranormal events begin happening. Once they do, there are exceptional moments of creatively terrifying scenes that make “Grave Encounters” an unlikely pleasant surprise.

“Mothman Prophecies” (2002): Years after losing his wife to a terminal illness, columnist John Klein is driving through the night to cover a story when his car suddenly breaks down and he finds himself in a small town hundreds of miles off-course from his destination. As he goes about leaving, he learns that strange events have been happening to the locals over the past few weeks, with many seeing an enormous winged-figure with glowing red eyes. This perks John’s interests as a writer, and his investigation leads him down a rabbit hole of paranoia and grief.

“The Mothman Prophecies” was released 12 years ago to little fanfare, a reaction that had more to do with its lackluster promotion than anything else. It’s a fascinatingly bizarre story rooted in true events (how true is, of course, up for debate), with engaging performances from Richard Gere, Laura Linney, and Will Patton. What really makes the film stand out and worth a look after all these years, though, is the atmosphere created by some truly unnerving cinematography and Mark Pellington’s spot-on direction. The creature is made tangible by description and reactions more than any actual glimpses on the screen, and the resulting sense of unease is pervasive. You’re never entirely sure that the Mothman is real, but seeing the fear on the eyes of Point Pleasant’s citizens is frightening in itself.